2015 was a record-shattering year for cinema. The early winter months included Ex Machina, possibly the most important film of the year with terrifyingly opportune themes, an icy bleak atmosphere, and standout performances: in fact, it was the start of a big year for all three of the film’s main stars, Alicia Vikander, Oscar Isaac and Domhnall Gleeson. The former who received two Golden Globe nominations this year: one for Best Supporting Actress in Ex Machina and another for Best Actress in The Danish Girl, and the latter male performers going on to round-out their respective year’s by starring in Star Wars: The Force Awakens. Then Kenneth Branagh’s live-action reintroduction to Cinderella for Disney, proved to be a pleasant return to form for the Princess, warming our hearts during the frigid weeks of March. 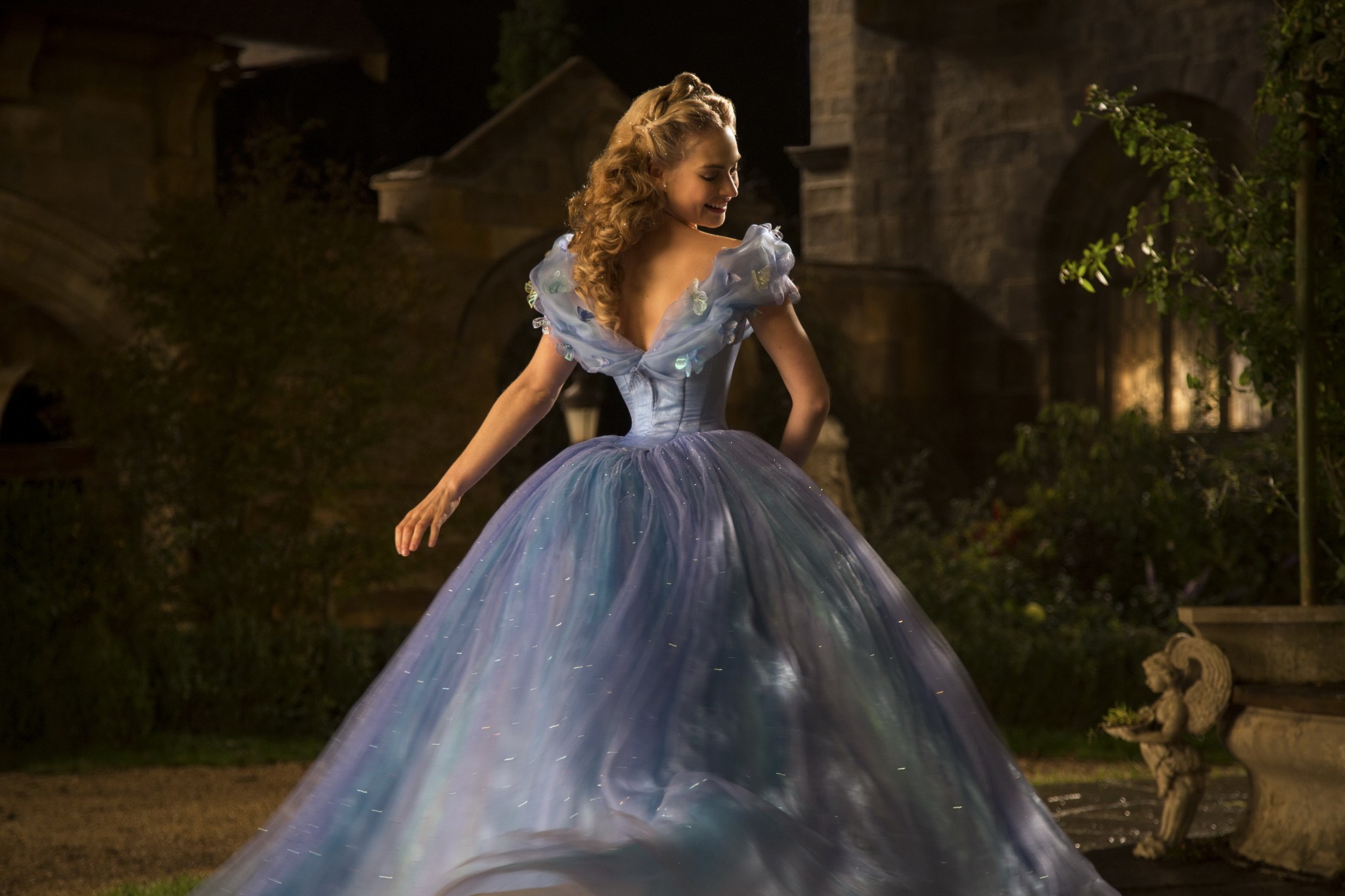 Lily James as a live-action Cinderella.

Disney seemed to have a firm grip on Hollywood as a whole, with impressive Disney•Pixar production Inside Out and Marvel Studios’ (also a Disney subsidiary) Avengers: Age of Ultron: a finely-crafted, climatic sequel that plays up the chemistry and simmering drama among its cast of heroes that we’ve been following for nearly a decade. Marvel followed up later with Ant-Man, a smaller yet equally successful superhero flick – quite a turnaround for the production which lost its director, Edgar Wright, over “creative differences” well into development – rounding out an already gigantic year for the parent company. Even juicy Toy Story 4 details were revealed to hungry fans. Although Disney•Pixar did have one dud in The Good Dinosaur, which looks like it might end up as the acclaimed animation studio’s first box office failure.

and made some of our own predictions for the future.

Mega media conglomerate Disney took over the box office once again with The Force Awakens and even surpassed Jurassic World’s $524.4 million opening weekend gross – going on to earn an astonishing $529 million worldwide during its first 72 hours. After a certain awakening in the force – Star Wars: Episode VII blazed through a billion dollars in ticket sales in a mere 12 days, stealing records set earlier on in the year by both Jurassic World and Furious 7, and has become the highest grossing movie in Disney’s history. But it was actually NBC/Universal which ended up as US box office king. Ultimately, 2015 was the highest grossing year in North American box office history. 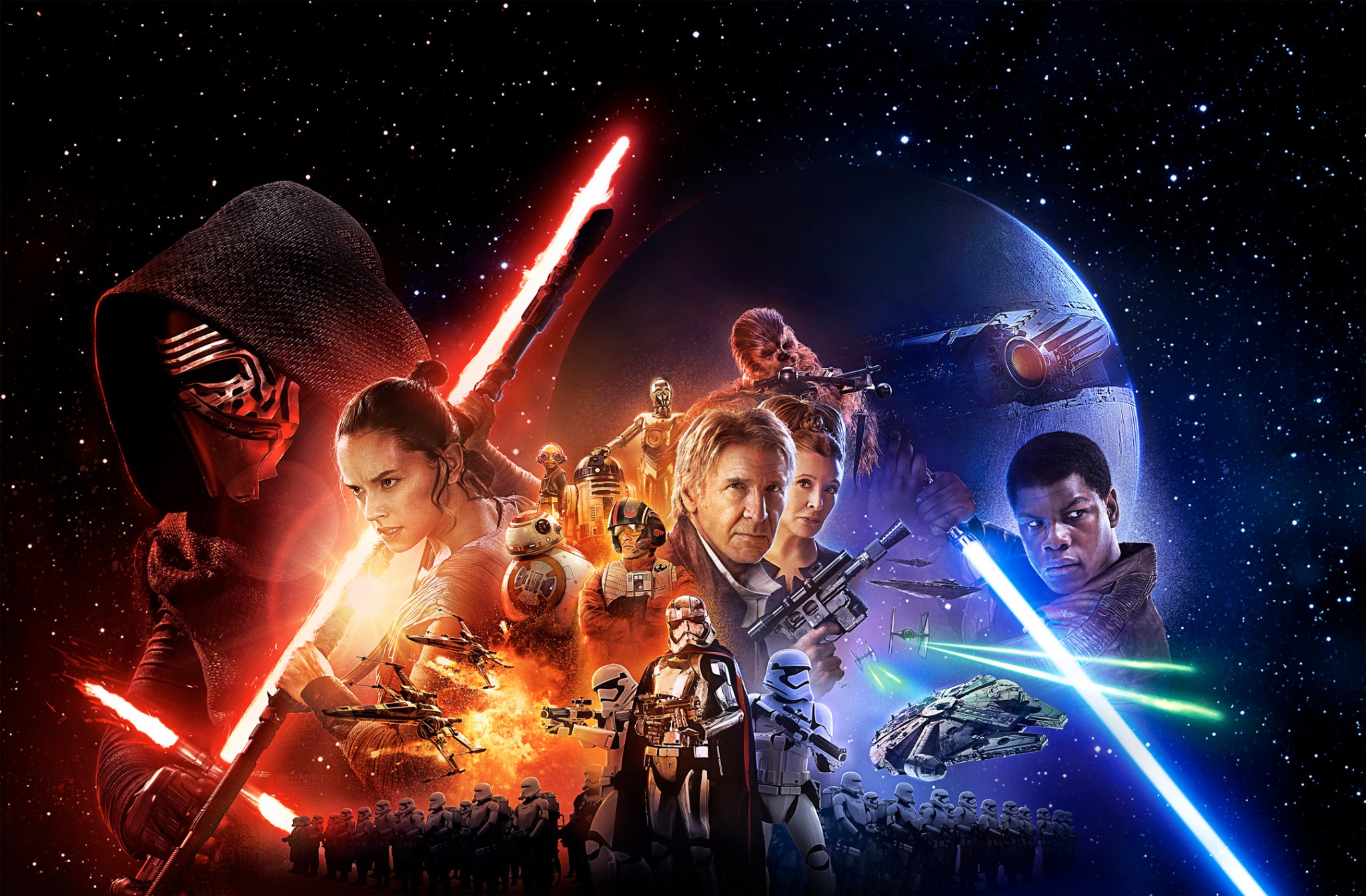 How many times have you watched it?

Disney’s success will surely continue, as there are five more Star Wars films planned to release by 2020, beginning with Rogue One next year. Marvel begins Phase Three in 2016 with Captain America: Civil War – sure to set the world ablaze – who doesn’t want to see Downey Jr.’s conflicted Iron Man take on the now radicalized Cap? It’ll hurl fans into a Twilight-esque war, only it won’t be vampire vs werewolf, but a super bowl of grand, otherworldly proportions. To raise the stakes even higher, the film will introduce a brand new Spiderman played by the young Tom Holland. Doctor Strange, starring the new prince of action, adventure and sci-fi, Benedict Cumberbatch, is also in the works. 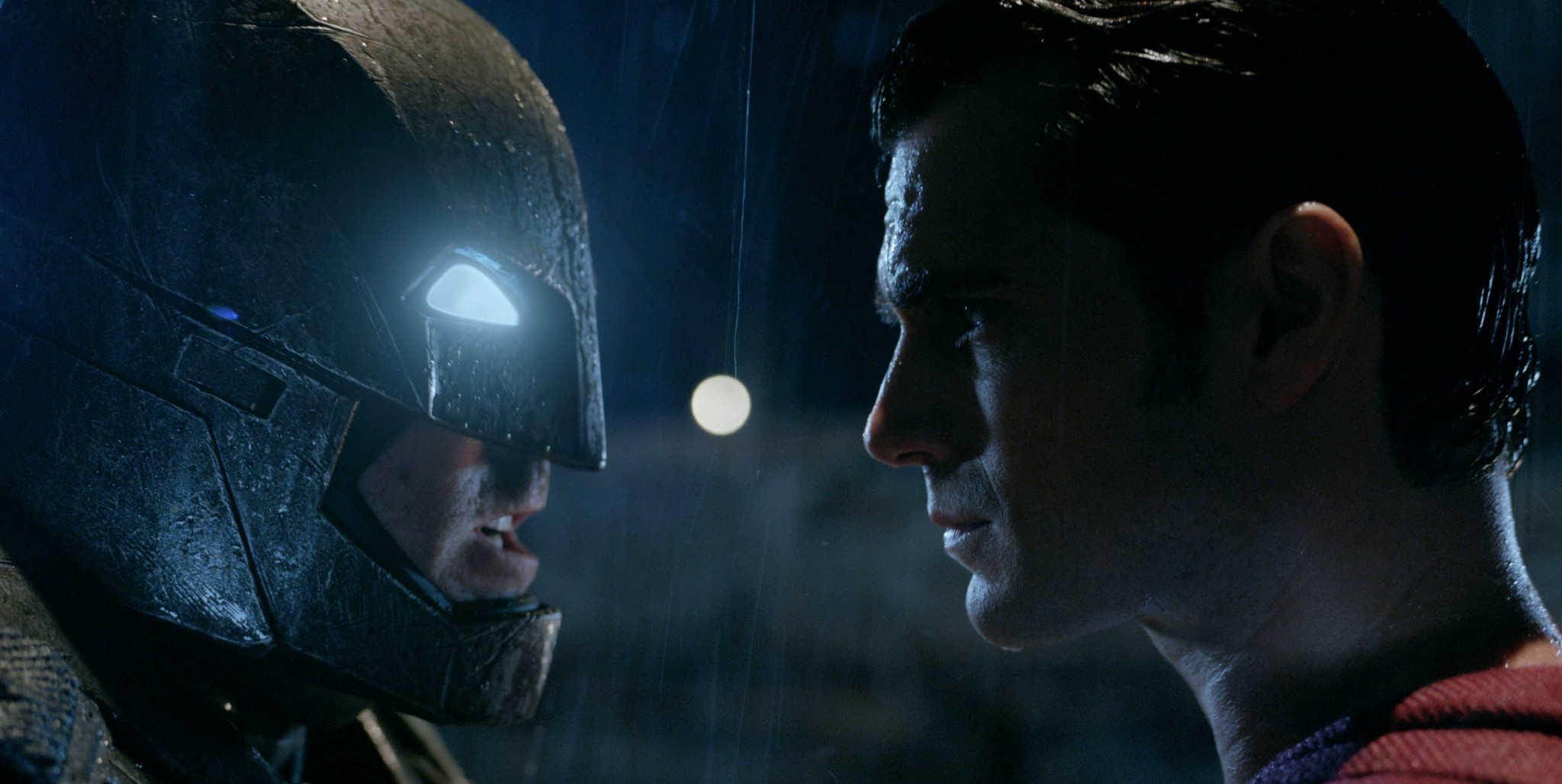 Do you have any idea how expensive this suit was?

The showdown between Batman and Superman had been gaining momentum all year; Snyder’s upcoming blockbuster, Dawn of Justice – by now likely the most expensive movie ever made – hits theatres this March. The DC Universe has Suicide Squad coming out the gates as well. With Jared Leto steadily gaining attention for his maniacal take on The Joker:

Continuing the trend of enormous on-screen face-offs, we’ll see Godzilla vs. Kong in 2020; and expect more classic monsters in the near-future as Tom Cruise will reportedly kick off Universal’s reboot of their classic monster films with The Mummy.

Harrison Ford had a revitalizing year after a revered comeback as Han Solo. He’s rumoured to return as the iconic Indiana Jones for a fifth installment, and will reprise his role as android destroyer Deckard in the untitled Blade Runner sequel – Directed by Denis Villeneuve (Sicario, Prisoners). 2017 will undoubtedly belong to Mr. Ford.

Aliens are set to attack the White House again on July 4th as we’ve witnessed this year’s explosive Independence Day: Resurgence trailer, while the master of deep space horror himself, Ridley Scott, has been offering up status reports on the long-awaited Alien: Covenant (and two other Alien movies). 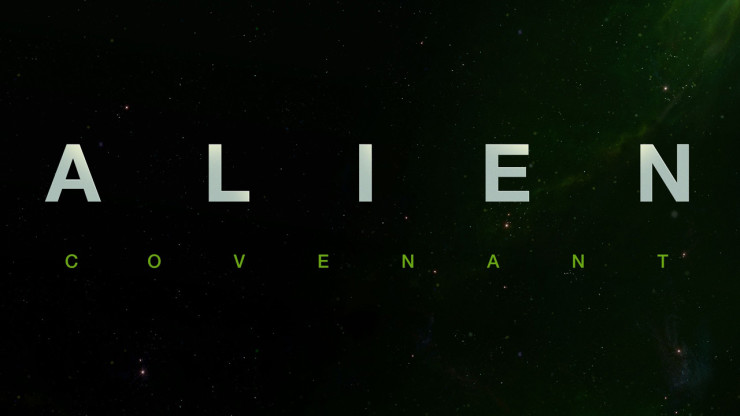 The year was filled with critically acclaimed dramas and even a few award-winning action films that have become instant classics. Carol and Brooklyn are a celebration of supremely talented women navigating the rough, unequal 1950s. Cate Blanchett and Rooney Mara’s romance will surely bring them several accolades, while Saoirse Ronan leads the later period drama with immense discovery, weight, and ability. 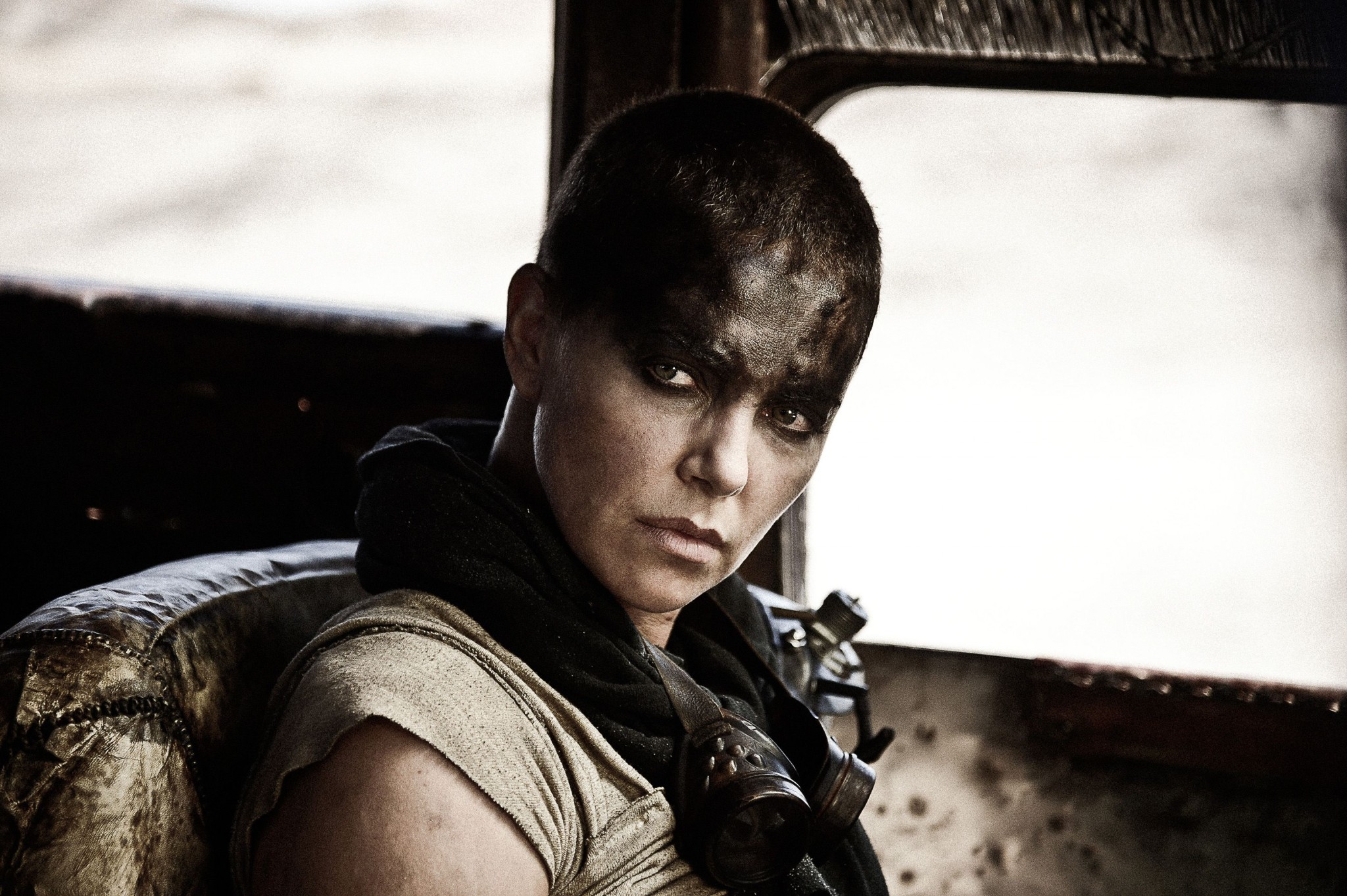 What’s left to say of Charlize Theron’s towering role as Imperator Furiosa in Mad Max: Fury Road? She’s a killer star, burning through the dunes of past male leads, cementing her presence in Max’s post-apocalyptic universe among screen giants like Tom Hardy and Mel Gibson. 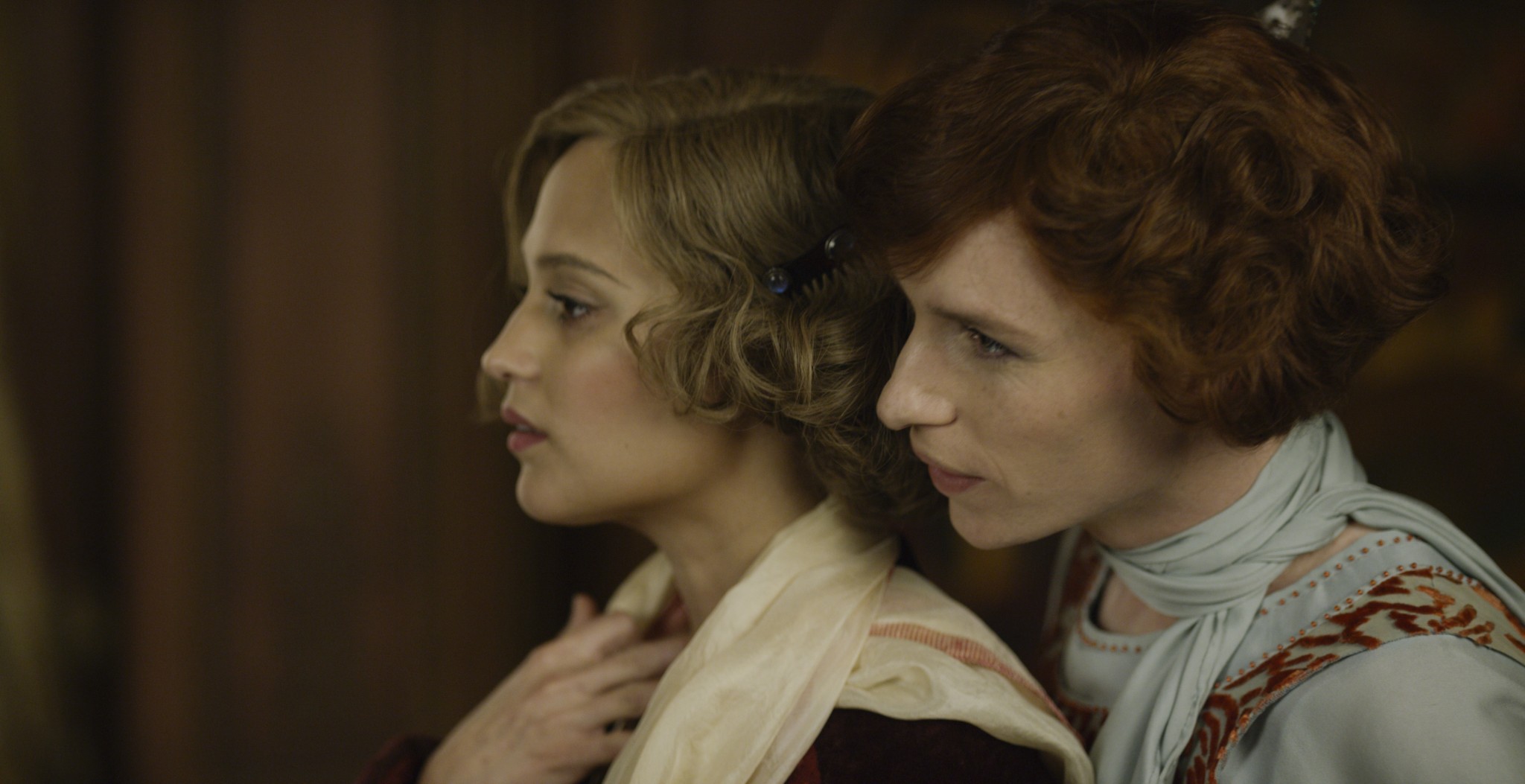 Alicia Vikander and Eddie Redmayne in The Danish Girl.

As for breakout acting talent, Jacob Tremblay gave one of the most extraordinary performances ever delivered by a youth in Room. In addition to cracking us all up on the small screen, Amy Schumer also emerged as a movie star with her hit comedy Trainwreck. Of course, as already touched on, the most impressive breakthrough performer of the year was undeniably Alicia Vikander. Between her transcendent work in Ex Machina and heartbreaking portrayal in The Danish Girl, it will be a criminal injustice if Vikander doesn’t receive an Oscar nomination. 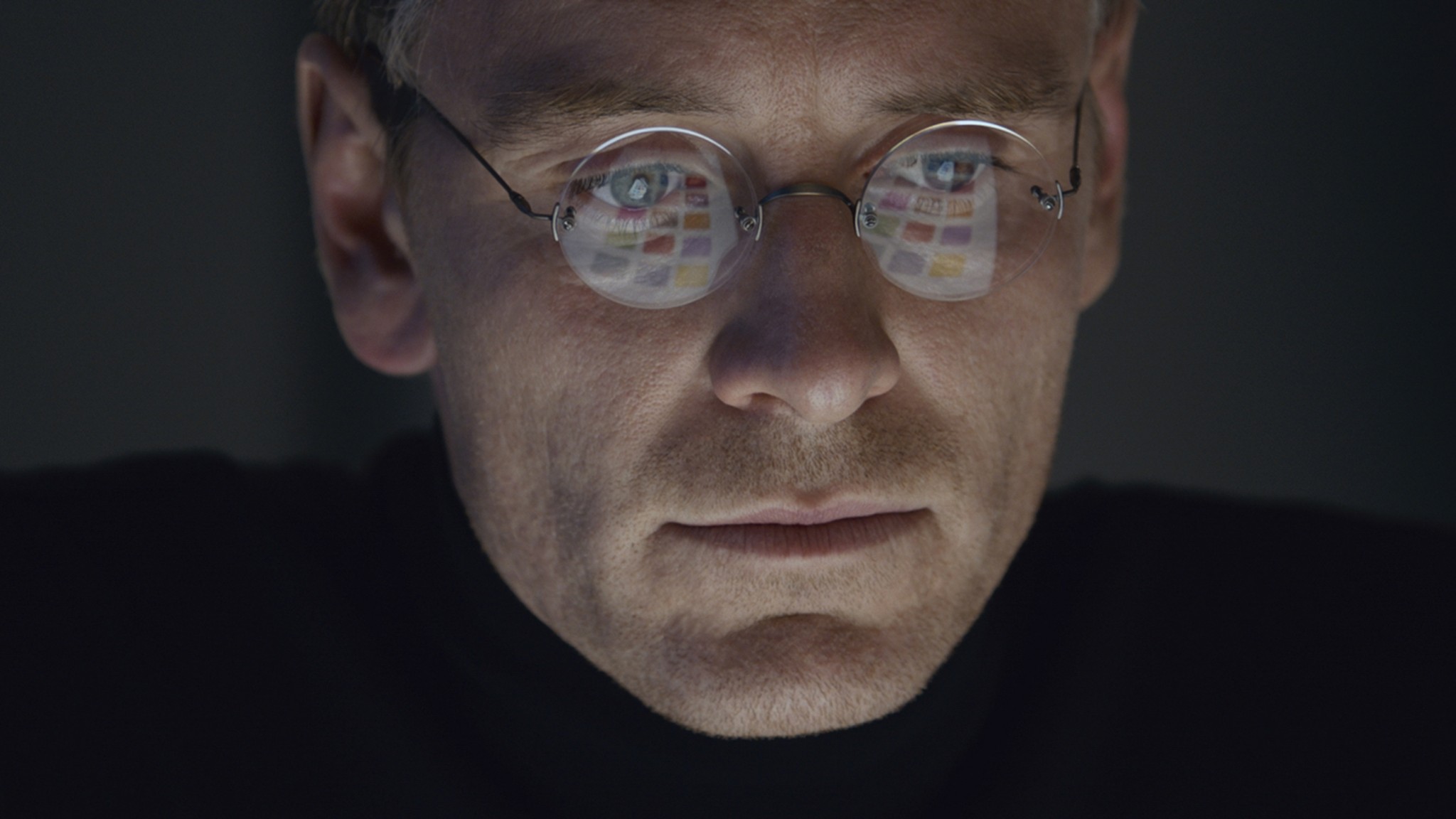 Michael Fassbender blew us away with a flawless performance in Steve Jobs (although nobody seemed to care, and the film was pulled from over 2,000 movie theatres), and looks to be tackling more action orientated material next year for Assassin’s Creed. Ben Stiller and Owen Wilson revealed a couple of hilarious Zoolander 2 posters, getting the world fashion-ready for another nutty inside look at male modelling. 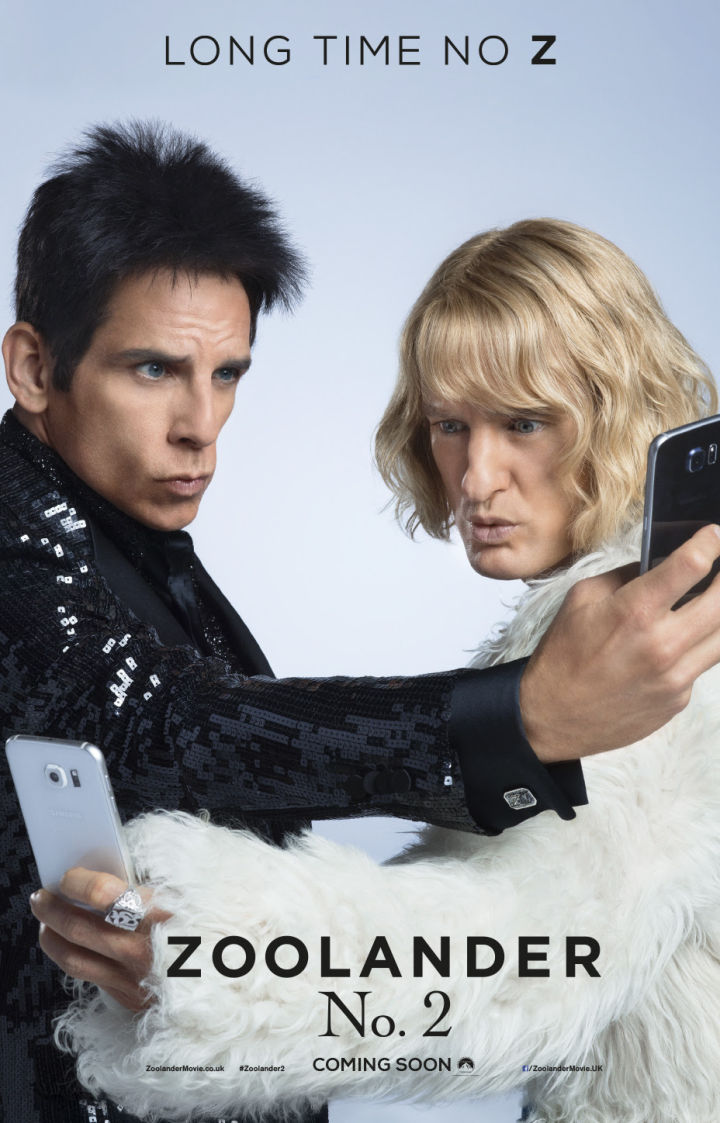 Daniel Craig equipped the suit and Walther PPK again in another turn as Bond for Spectre, which gave the UK box office a surge of success and features a breathtaking opening sequence. But Sony still might lose Bond. Legendary Bond alumni Sir Roger Moore had a few words for those planning to remake 1981’s For Your Eyes Only. 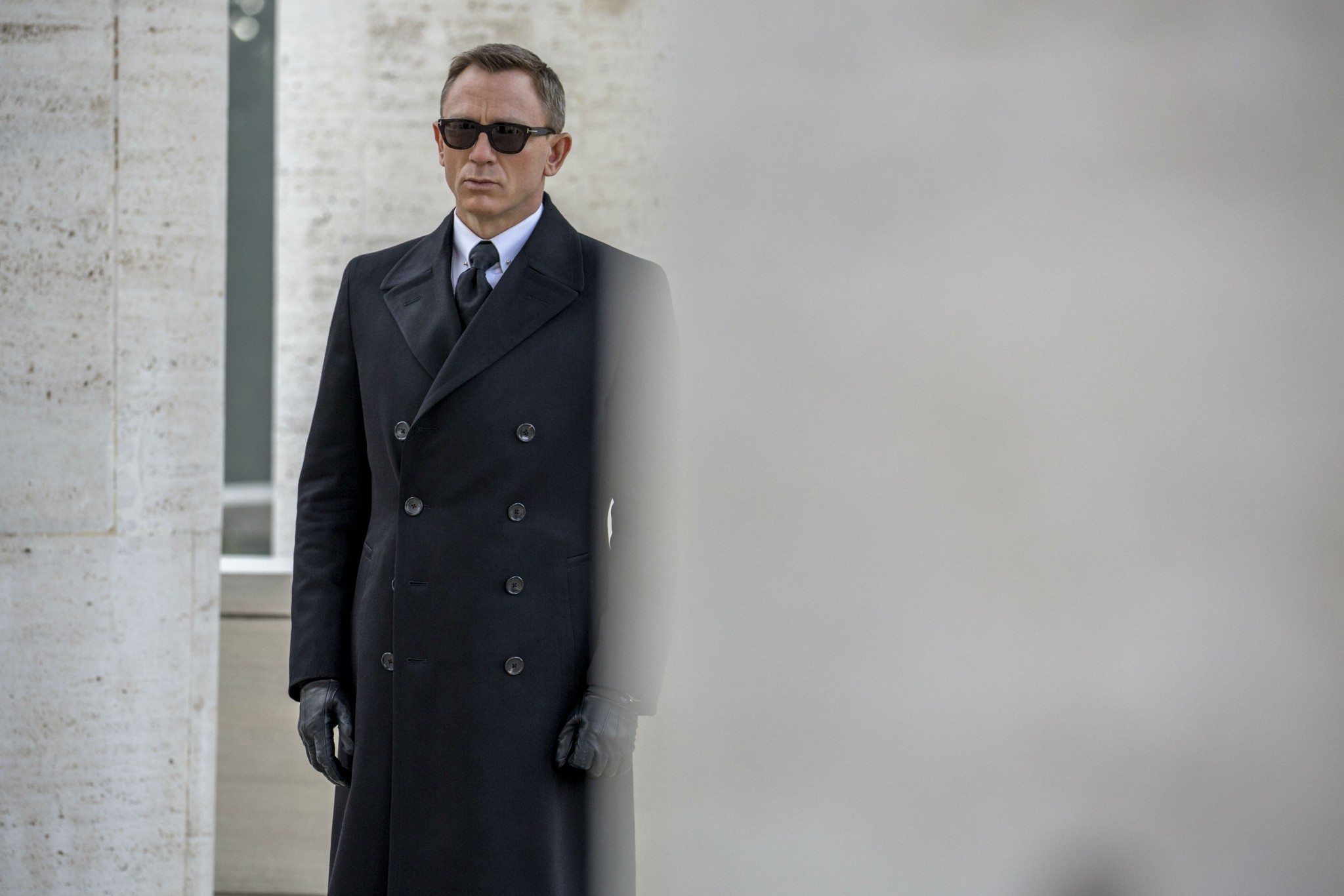 The biggest flops of the year included Michael Mann’s cyber thriller Blackhat (Chris Hemsworth had a rough year as a lead actor, he was also on board the uninspired In The Heart of the Sea), Guillermo Del Toro’s visionary horror Crimson Peak, and, to no one’s surprise, the awful Fantastic Four reboot. Director Josh Trank even blamed Fox for the film’s downfall.

To cap it all off, a wintry three-hour epic by Quentin Tarantino, The Hateful Eight, got a special 70mm Roadshow version release, as the renowned director says he only has two more films left in him before retirement. 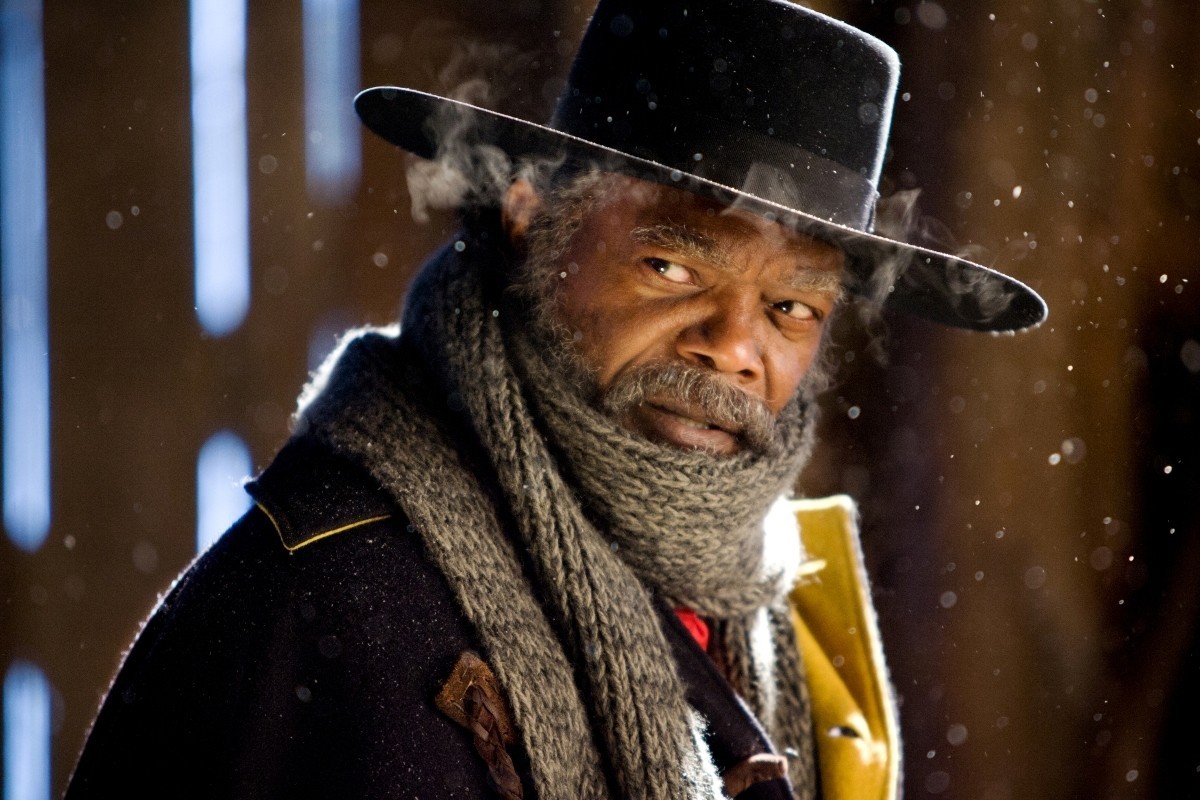 Oscars nominations are only two weeks away! As of now, there are several films that seem like locks for nominations, including Spotlight, Room, The Martian, and The Revenant (aka the movie in which Leonardo DiCaprio allegedly gets raped by a bear). Of course we’ve also seen two unlikely contenders break out in the race: Mad Max: Fury Road and Star Wars: The Force Awakens. As for what will win Best Picture, that’s still up in the air. We’ll likely get a better idea once the PGA, DGA, and WGA nominations are announced. Even though 2015 has come to a close, the movie season is still far from over.