Ryan Gosling has revealed that Harrison Ford punched him in the face whilst shooting the Blade Runner sequel.

In a new profile in GQ, Gosling told the story of how co-star Ford accidentally landed him a punch when filming a fight scene for Blade Runner 2049.

“Yeah, he did [punch me in the face]. It was kind of, you know, a rite of passage. We were just doing a fight scene and, you know, it just happened. But what was funny was, when it was over, they brought ice for my face, and Harrison pushed me out of the way and stuck his fist in the ice.”

“As soon as it happened, the director came up to me and said, ‘Look at it this way—you just got hit by Indiana Jones.’ [Ford] came by afterward with this bottle of scotch, and I thought, ‘Oh, I knew this was coming.’ And he pulled out a glass from his pocket, poured me a glass, and walked away with the rest of the bottle. So I guess he felt like he didn’t connect enough to earn a whole bottle.

“You know, they say don’t meet your heroes, but I would say the addendum to that is ‘…unless they’re Harrison Ford.’ ‘Cause he’s a cool motherf**ker.” 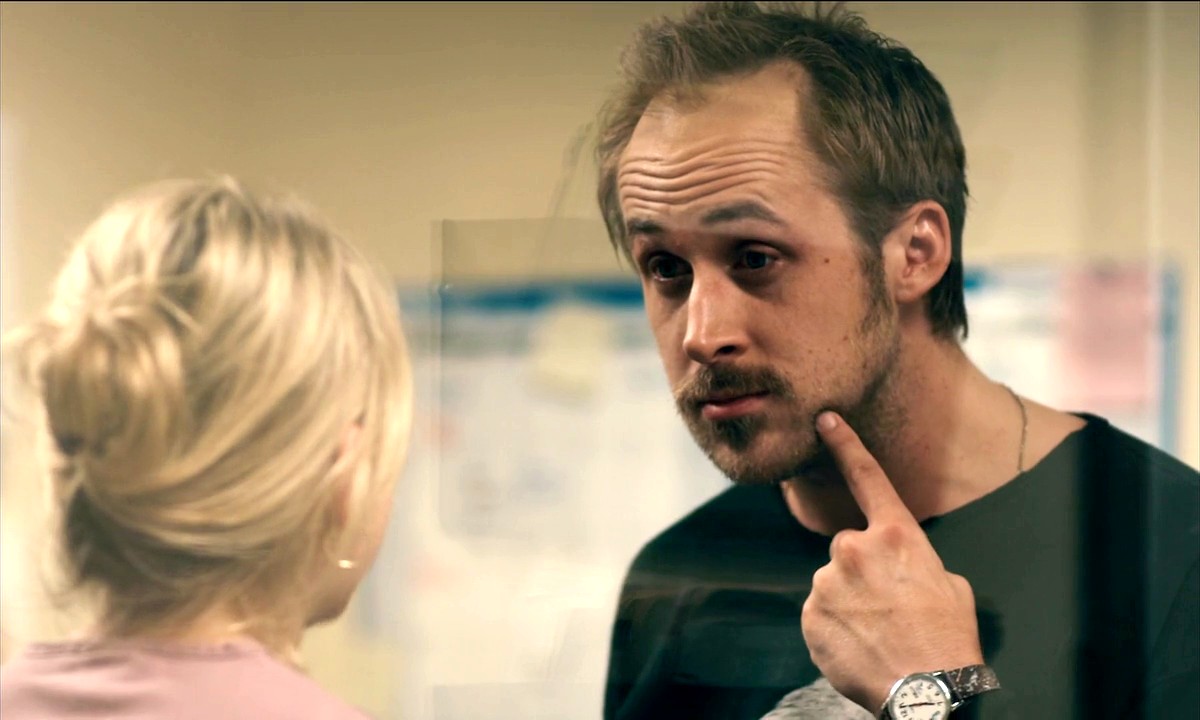 Gosling points to where he got hit

“The director said, ‘Look at it this way—you just got hit by Indiana Jones.’”

Blade Runner 2049 has been deemed a bad idea by many fans of the original but they’ll certainly now be looking forward to the outtakes at least. The sequel is directed by Denis Villeneuve and is released on 6 October 2017.