In what remains one of the most talked about cancelled movies ever, Nicolas Cage nearly played the Man of Steel with Tim Burton behind the camera in Superman Lives. The unmade project apparently almost got a second life as an animated feature, however.

Michael Jelenic, who acted as a co-writer for Batman vs Two-Face, revealed at New York Comic Con that he actually pitched Cage’s Superman movie to Warner Bros. Even more shocking, the studio seriously considered it. 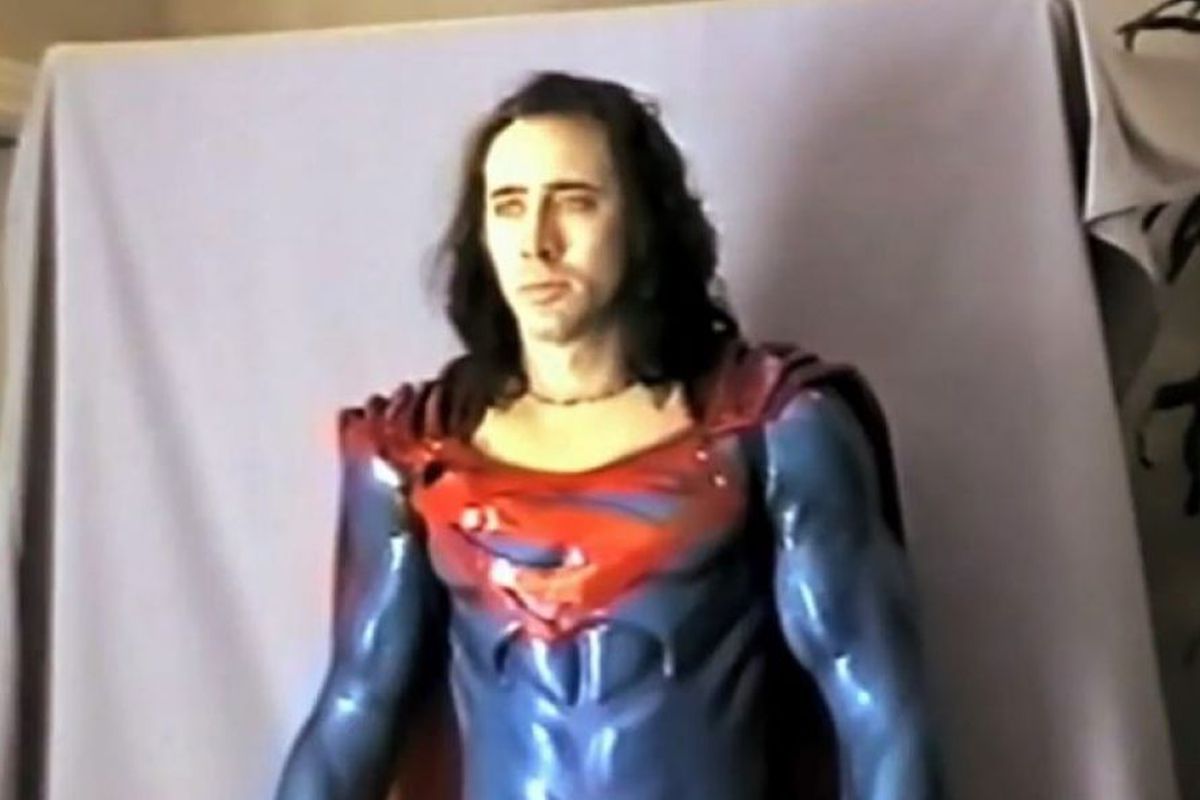 “I had a big pitch, and they took it seriously for a second,” Jelenic said, according to CBR. “To do Tim Burton’s Superman… to do that animated.”

Honestly, we’d pay good money to see an animated version of the film, especially if they got Cage to do the voice. He’d probably say, “yes,” seeing how the Oscar-winner clearly hasn’t turned down a project in a while. Of course if they couldn’t get him, Simon Helberg of The Big Bang Theory could always do his impression.

They already got Howard’s TV wife (Melissa Rauch) to voice Harley Quinn once. So let’s make this happen already!