It’s hard to talk about Andy Serkis’ directorial debut Breathe without also addressing David Gordon Green’s Stronger, which came out only a couple weeks earlier. Both tell stories of real life individuals that are deprived of the ability to walk, receive emotional support from dedicated love interests, and beat all the odds. If that setup sounds familiar, it’s because we’ve seen it in countless other biopics, from My Left Foot to The Theory of Everything. Just because a story is familiar doesn’t automatically make it bad, however. Stronger is a film that transcends its clichés thanks to powerful performances, honest direction, and writing that pulls no punches. Breathe, on the other hand, well… it could’ve been a lot stronger.

In Breathe, Andrew Garfield stars as Robin Cavendish, a larger than life individual who’s madly in love with Claire Foy’s Diana Blacker. The two seem to have an adventurous life ahead of them until polio paralyzes Robin at age 28. Unable to move from the neck down and requiring a mechanical ventilator to breathe, Robin is ready to give up on life. Diana isn’t ready to give up on her husband, however. With some help from a professor named Teddy Hall (Hugh Bonneville), Robin is able to develop a wheelchair with a built-in respirator. Proving that polio survivors don’t have to spend their lives bedridden, Robin and Diana set out to make the world a better place for the handicapable.

Breathe has a fascinating and even important true story to tell. Unlike Stronger, though, it doesn’t quite do that story justice. It’s clear what Serkis was trying to produce here: an optimistic, life affirming film that demonstrates how the human spirit can shine through even during the darkest of times. The problem is that the characters are never as relatable as they should be. Garfield and Foy are enormously talented performances, but their portrayals come off as too romanticized here. Most of the time they just smile and we rarely get to see any other side of their relationship. It lacks the depth we saw between Jake Gyllenhaal and Tatiana Maslany in Green’s film. 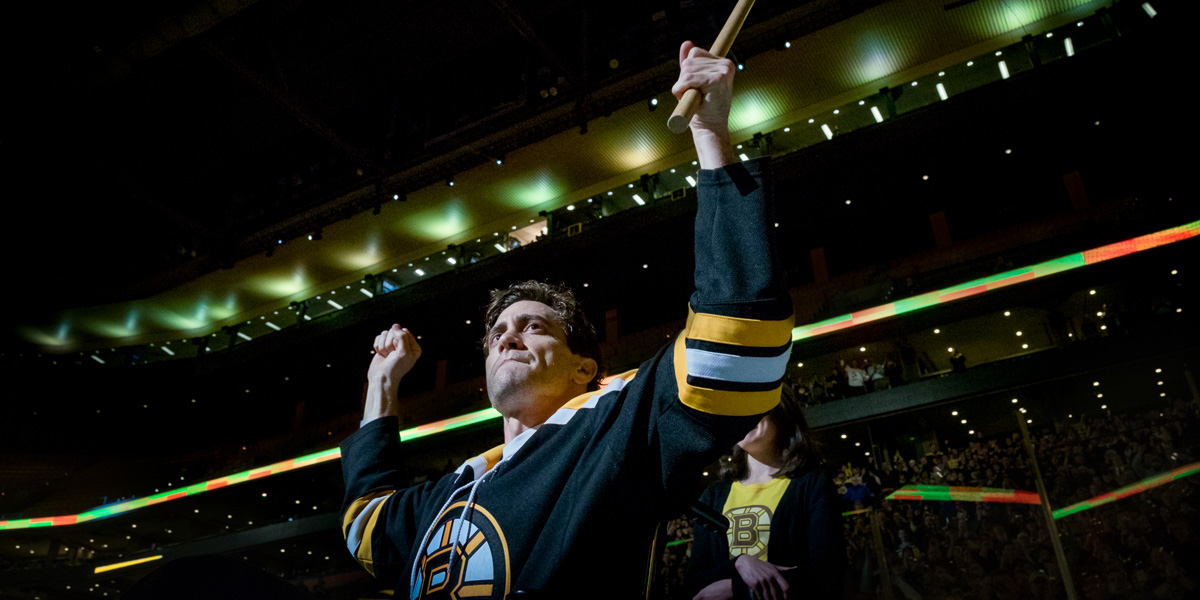 Gyllenhaal and Maslany captured something brutally honest in their depictions of Jeff Bauman and Erin Hurley, restively. Even before Jeff loses his legs in the Boston Marathon bombing, his relationship with Erin is far from perfect. These people not only need to overcome great physical obstacles together, but also deal with crippling emotional turmoil. The audience can feel every physical and emotional struggle in Stronger as Jeff and Erin evolve into more complete human beings. In Breathe, a bulk of the drama comes off as glanced over.

There’s a point early on in the film where Robin says that he wants to die. Rather than showing us Robin’s distress, however, Serkis merely tells us. Then when Robin summons the will to keep going, it seems sporadic and unearned. From that point on, Garfield and Foy are each essentially given one note to work with until Robin takes his final breath. Breathe is so focused with being inspirational that it doesn’t dedicate enough time to fleshing out the hardships Robin had to endure. Again, Stronger did a much better job at finding a balance between tragedy and the sunnier moments that encourage us to persevere.

On one hand, it’s sort of unfair to compare two movies, as each deserves to be judged as a standalone work of art. Even on that basis, though, Breathe falls short on a storytelling level and could’ve been so much more. Hopefully history won’t repeat itself when Serkis helms his version of The Jungle Book, which has the misfortune of coming out only a few years after the live-action Disney remake.