Earlier this week, Disney released a brief teaser for Alice Through the Looking Glass, the sequel to Tim Burton’s Alice in Wonderland. Watching this sneak peak, all I could think to myself was, “does this sequel really need to exist?” Then I thought to myself, “did Burton’s Alice in Wonderland even really need to exist?” After all, Disney’s 1951 animated feature was already fine as is. There was no need to remake or reimagine it for modern audiences.

Not too long ago, I wrote a feature on how Disney is overdosing on live-action remakes of their animated classics. Sure, Kenneth Branagh might have done a good job with Cinderella this year. With The Jungle Book, Beauty and the Beast, Tink, Dumbo, Mulan, Winnie the Pooh, Pinocchio, Genies, Night on Bald Mountain, Prince Charming, Cruella de Vil, and The Sword in the Stone in the works, though, it feels like Disney is trying to update way too many movies that don’t require updates. It’s like what film critic Gene Siskel once said: “Don’t remake good pictures, remake bad pictures.”

With that said, Disney animated features haven’t always hit it out of the park. Between Walt’s death in 1966 and Disney’s 90’s renaissance, the studio turned in a number of critical and financial duds. Arguably the greatest failure Disney released during that dark era was 1985’s The Black Cauldron. Not only was this fantasy adventure a box office bomb, but the film actually got out-grossed by The Care Bears Movie. It doesn’t get much more humiliating than that.

Disney was so ashamed of The Black Cauldron’s failure that it took them well over a decade to finally release it on home video. While the film has developed something of a cult following since then, people still generally consider The Black Cauldron to be one of the worst Disney films. While it probably isn’t as bad as Home on the Range or Chicken Little, it’s easy to see why The Black Cauldron is considered a low point in Disney history. The characters were bland, the story was dull, and the entire picture was just kind of forgettable.

That’s not to say there weren’t any aspects to admire in The Black Cauldron. The animation was of course stunning. The tone was refreshingly dark, becoming the first animated Disney feature to merit a PG rating. At the very least, it’s clear that a good deal off effort was put into the movie. Even if The Black Cauldron came out pretty clunky, it wouldn’t be surprising if the film’s imagery inspired another artist to create a better product someday. The same could be said about Ralph Bakshi’s animated The Lord of the Rings.

Of course Peter Jackson would later adapt J. R. R. Tolkien’s books into a timeless cinematic trilogy (The Lord of the Rings trilogy and not The Hobbit trilogy). Who’s to say that Disney couldn’t finally do The Black Cauldron justice with a live-action remake? For those that don’t know, the 1985 animated feature was actually based on five books in Lloyd Alexander’s The Chronicles of Prydain. Considering how much source material Disney tried to pack into a single adaptation, it’s no wonder that The Black Cauldron could feel rushed, underdeveloped, and nothing like the novels.

Jeffrey Katzenberg, the former chairman of Walt Disney Studios, admitted that their interpretation lacked “the humor, pathos, and the fantasy, which had been so strong in Lloyd Alexander’s work. The story had been a once-in-a-lifetime opportunity and it was heartbreaking to see such wonderful material wasted.” Maybe this wasn’t “a once-in-a-lifetime opportunity” as Katzenberg put it, though. Maybe The Black Cauldron just got made at the wrong time.

While the 80’s were a great era for live-action sci-fi movies, the decade wasn’t very kind to the live-action fantasy genre. There were some exceptions like The Princess Bride and The NeverEnding Story. For the most part, though, quality live-action fantasy pictures were scarce for the longest time. Part of that’s because the technology wasn’t available yet to bring something like The Black Cauldron to life. It didn’t help that Disney, and other major studios for that matter, generally didn’t know how to produce epic fantasy.

Since the dawn of the 21st century, technology has reached a point where we can make any fantasy a reality on the silver screen. More importantly, the fantasy genre has reached a whole new level of sophistication. Years ago, people viewed fantasy as corny, childish, and unimportant. With movies like Pan’s Labyrinth, TV shows like Game of Thrones, and even video games like Skyrim, however, mass audiences are starting to realize just how adult fantasy can truly be. 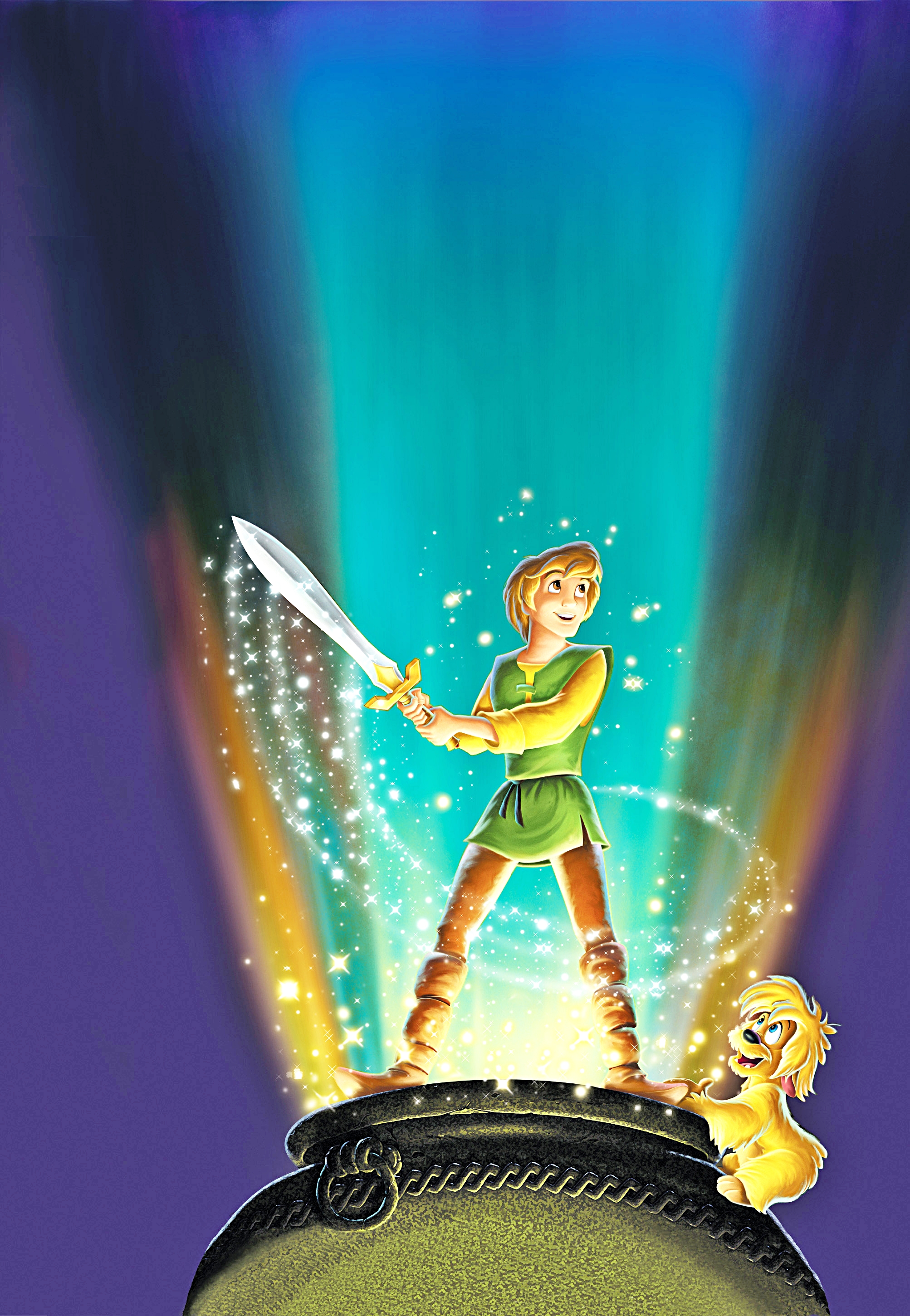 Given how far fantasy adaptations have come in recent years, it’s entirely possible that Disney could turn The Chronicles of Prydain into their next big movie franchise. They already produced a grand family friendly-fantasy ten years ago with The Chronicles of Narnia: The Lion, The Witch and the Wardrobe. Granted, Prince Caspian didn’t really resonate with audiences and Disney decided not to produce The Voyage of the Dawn Treader. The studio still has the talent and potential to make great series, though, and The Black Cauldron could be their diamond in the rough.

Alas, it’s unlikely Disney will touch The Black Cauldron again any time soon. Why? Because it doesn’t have the same nostalgic value of Alice in Wonderland or their more beloved animated classics. That’s the exact reason why Disney should produce a live-action Black Cauldron remake, though. There’s no reason to keep trying to fix something that’s already working. The studio’s resources would be better utilized polishing and perfecting something old and broken, ultimately giving us something fresh and innovative.