In an interview with Throwing Shade podcast (via JoBlo), actor Timothy Simons of Veep, who auditioned for the role of Pennywise, mentioned that the scene he read involved eating a baby.

“It was [Pennywise] way back at the beginning of Derry convincing the woman to give him her baby to eat,” said Simons. “And it was scary. The thing that was scariest about it was that it was very direct. It was, ‘If you don’t do this, these are the things that I’m going to do.’ And they were all terrible.”

While this moment wasn’t featured in the released version of It, we’d love to know it was actually shot. We imagine that it would’ve looked something like this: 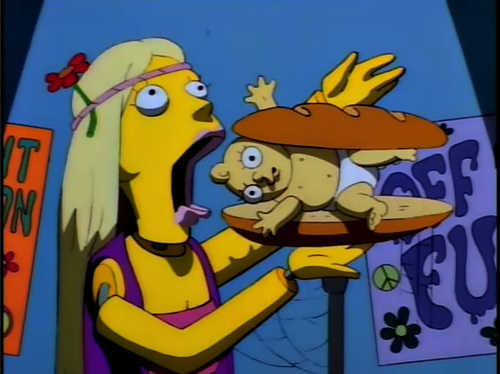