Whenever J. J. Abrams announces a new project, there are several things we’ve come to expect: an ambitious setup, mind-blowing set pieces, great chemistry between a colorful cast of characters, etc. Alas, even the most talented storytellers have their drawbacks and in Abrams’ case, it’s his endings. That’s not to say all of his movies and shows have closed on a horrible note. More often than not, though, his endings always seem to fall short when compared to his beginnings. What makes this especially concerning is that Abrams has just signed on to write and direct arguably biggest final chapter in blockbuster history: Star Wars: Episode IX.

To be fair, the ending is the hardest part of any story to crack. We’ve gotten a lot of movies and shows over the years that were near perfect, but dropped the ball at the last minute. Having an amazing beginning can sometimes work against a story overall, as it sets the bar too high for the ending. This has been especially apparent in Abrams’ work on television. Felicity and Alias, which he co-created, got off to promising starts with critics and audiences. Both shows eventually went off the rails, though, resulting in their cancellations. 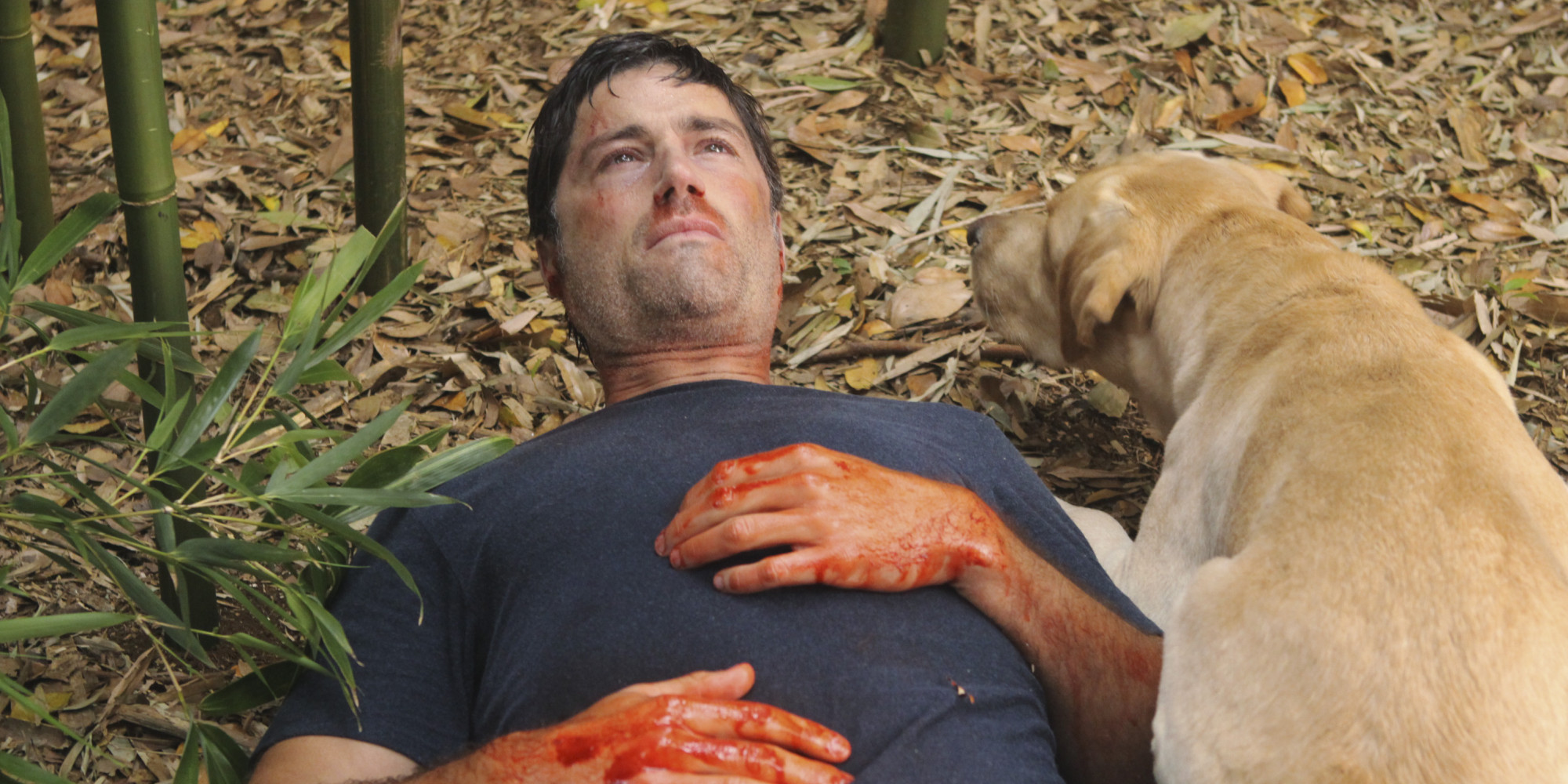 Lost was a game changer for television with its diverse cast, expensive budget, and ongoing mystery. While it’s often debated when exactly Lost jumped the shark, the show kept viewers hooked until its final episode. As with Abrams’ previous shows, though, the finale of Lost left many asking, “Seriously, that’s it?” On one hand, Lost might’ve been a victim of hype. Expectations were so high for the finale that it could never satisfy everyone. Even on that basis, however, the ending still proved too corny and confusing for most audiences, leaving numerous questions unanswered.

To an extent, you could argue that the ending of Lost was a fitting metaphor for religion. After all, most of the stories in the Bible don’t entirely make sense. Yet, the Bible isn’t supposed to connect with people on a logical level, but on a spiritual level. It feels like J. J. Abrams and company were going for something similar in the Lost finale. While some might’ve had an emotional experience, others felt letdown after six seasons.

A lack of payoff was the biggest problem with Abrams’ feature film directorial debut: Mission: Impossible III. While the climax delivered some stellar action, it left one major question unresolved: what is the Rabbit’s Foot. The entire movie revolves around this thing and the filmmakers don’t even attempt to explain what it is. In some cases, a plot motivator is more interesting when it’s left ambiguous, as with the case from Pulp Fiction. Here, though, a proper payoff would’ve made the final product stronger. Imagine Citizen Kane if it never revealed what Rosebud was. Imagine Raiders of the Lost Ark if they never opened the Ark of the Covenant. Imagine if I just ended this article saying, “I got nothing” … which I’m not going to do.

Another Abrams production that couldn’t live up to the hype was 2008’s Cloverfield. The film had an incredible marketing campaign, cleverly keeping the monster destroying New York in the shadows. When the film came out, however, audiences were generally disappointed that Clover was nothing more than a Godzilla knockoff. The same goes for 2011’s Super 8, which aspired to recapture the magic of E.T., The Goonies, and other classics Steven Spielberg gave us in the 80s. Abrams succeeded for the most part, delivering some of the best buildup and character development in modern sci-fi. The final act is where the film needed a rewrite, though, as our heroes finally come face to face with the mysterious being that’s been plaguing their town.

Remember how shocking it was when the shark emerged from the water in Jaws? Remember how mesmerizing it was when the aliens exited the mothership in Close Encounters of the Third Kind? Well here, we get a big, silly space creature that would make the giant spider from It laugh. Even more laughable, our young hero actually talks to the generic creature and convinces it to leave peacefully. Don’t get me wrong, Spielberg movies always have their schmaltzy moments, but… this was REALLY schmaltzy.

It also doesn’t help that Abrams is constantly trying to catch the audience off guard, but we can often predict how the story is going to end. Even in Season One of Lost, fans theorized that the characters were in purgatory. So when the show essentially delivered the explanation we were all anticipating, it was hard not to feel underwhelmed. Something similar can be said about Star Trek: Into Darkness. As much as Abrams insisted that this wouldn’t be a Wrath of Khan retread, we all knew who Benedict Cumberbatch’s character was going to be.

That being said, Into Darkness still stood out thanks to some incredible action and strong characters… that is until we got to the final act. The ending pulled a reverse on an iconic moment from Wrath of Khan, which just seemed lazy in the eyes of many. While the rest of the movie was widely praised, everyone dwelled on how the ending banked on nostalgia. Speaking of nostalgia, that was the biggest criticism with Star Wars: The Force Awakens. 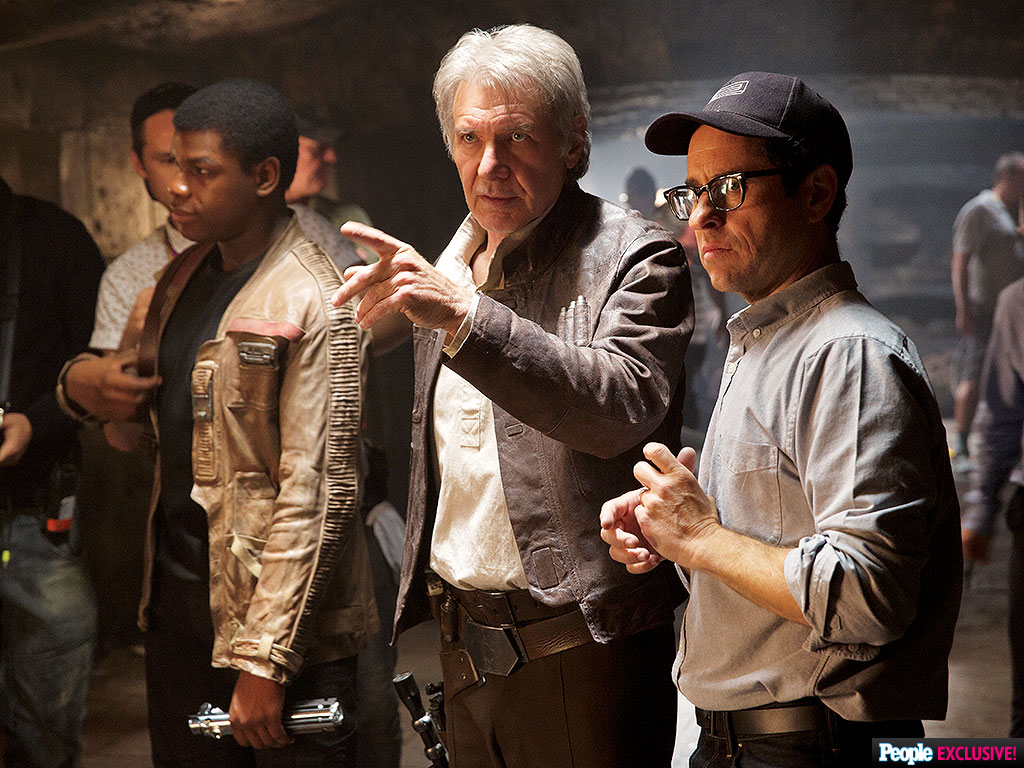 While The Force Awakens was easily the best Star Wars movie in years, a lot of people had a problem with the story’s almost identical parallels to A New Hope. In the film’s defense, I personally thought this was a smart move. After all, this was the first Star Wars movie since the prequel trilogy, which was the cinematic equivalent to falling off a horse. When you get back on the horse, it’s best to start off with something familiar. In spite of the repeat factor, The Force Awakens still distinguished itself with great new characters, astounding visuals, and an absorbing sense of mystery, all of which are trademarks of director Abrams.

Unsurprisingly, however, the weakest part of the film is its final act. While the assault on Starkiller Base was cool and all, it ultimately came off like an imitation of the Death Star’s destruction. Rey and Kylo Ren’s climatic faceoff was epic in many respects, but it didn’t quite have the emotional weight of Luke Skywalker’s first lightsaber duel against Darth Vader or the inventive choreography of Obi-Won’s duel with Anakin Skywalker. Regardless, this was still probably the most complete ending Abrams has ever given us, leaving audiences pumped for Rey’s first meeting with Luke. So at least he’s showing improvement, which bodes well for Star Wars: Episode IX.

On the whole, the recent announcement that Abrams is returning to helm Episode IX is wonderful news. The one downside is that this will be the final entry in the new Star Wars trilogy. Given Abrams’ track record, it’s hard to say if he’ll be able to tie-up every loose plot line, answer every question, leave every character on a satisfactory note, and deliver something completely different while also delivering something that’s still Star Wars. Granted, maybe we’re demanding too much from Abrams, but he’s come close to greatness so many times only to leave us wanting more. If he can learn from some of his past mistakes, which I think he is, Episode IX could be the epic finale we all want it to be. And if Abrams falls back on old habits… well, it’s not like Return of the Jedi was the best entry in the original Star Wars trilogy anyway.