The Lonely Island movie is coming soon with Andy Samberg, Jorma Taccone, and Akiva Schaffer all attached to the project. The comedy trio’s top secret feature film has officially been titled Popstar: Never Stop Never Stopping. Take a look at the movie’s first poster below: 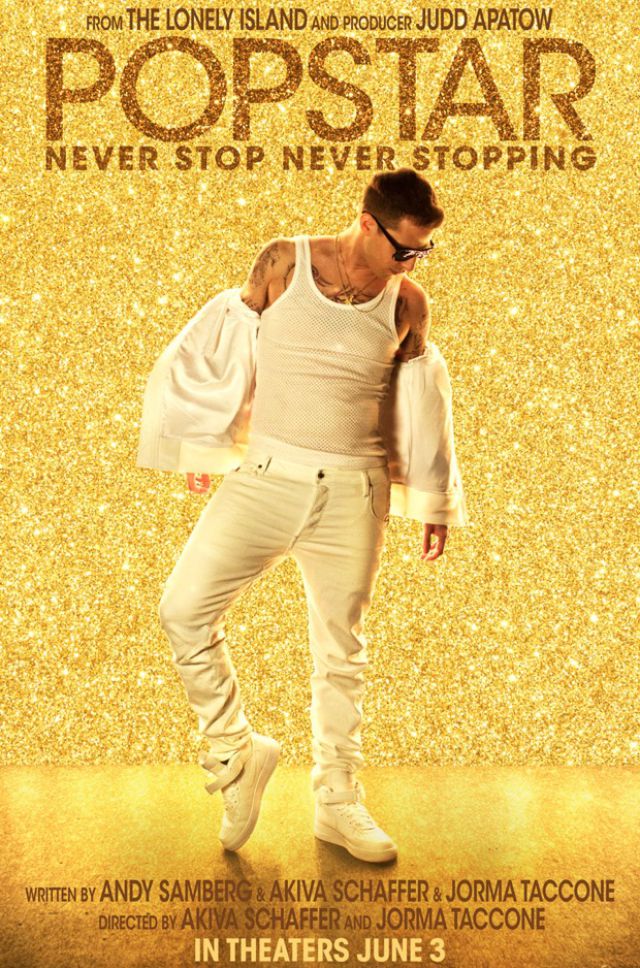 Judd Apatow is set to produce the film, which will center on The Lonely Island’s impact on music. The group has of course given us numerous classic satirical songs, such as Lazy Sunday, Jack Sparrow, and the Emmy-winning Dick in a Box.