The rise of legendary rap group N.W.A. was recently depicted in Straight Outta Compton, which received an Oscar nomination today for Best Original Screenplay. In celebration of the hit biopic’s UK Blu-ray, DVD and Digital Download release, Christian Tate has designed a Six Degrees of N.W.A. infographic, which illustrates the influence the group has had on music and culture over the past 30 years. Check it our below: 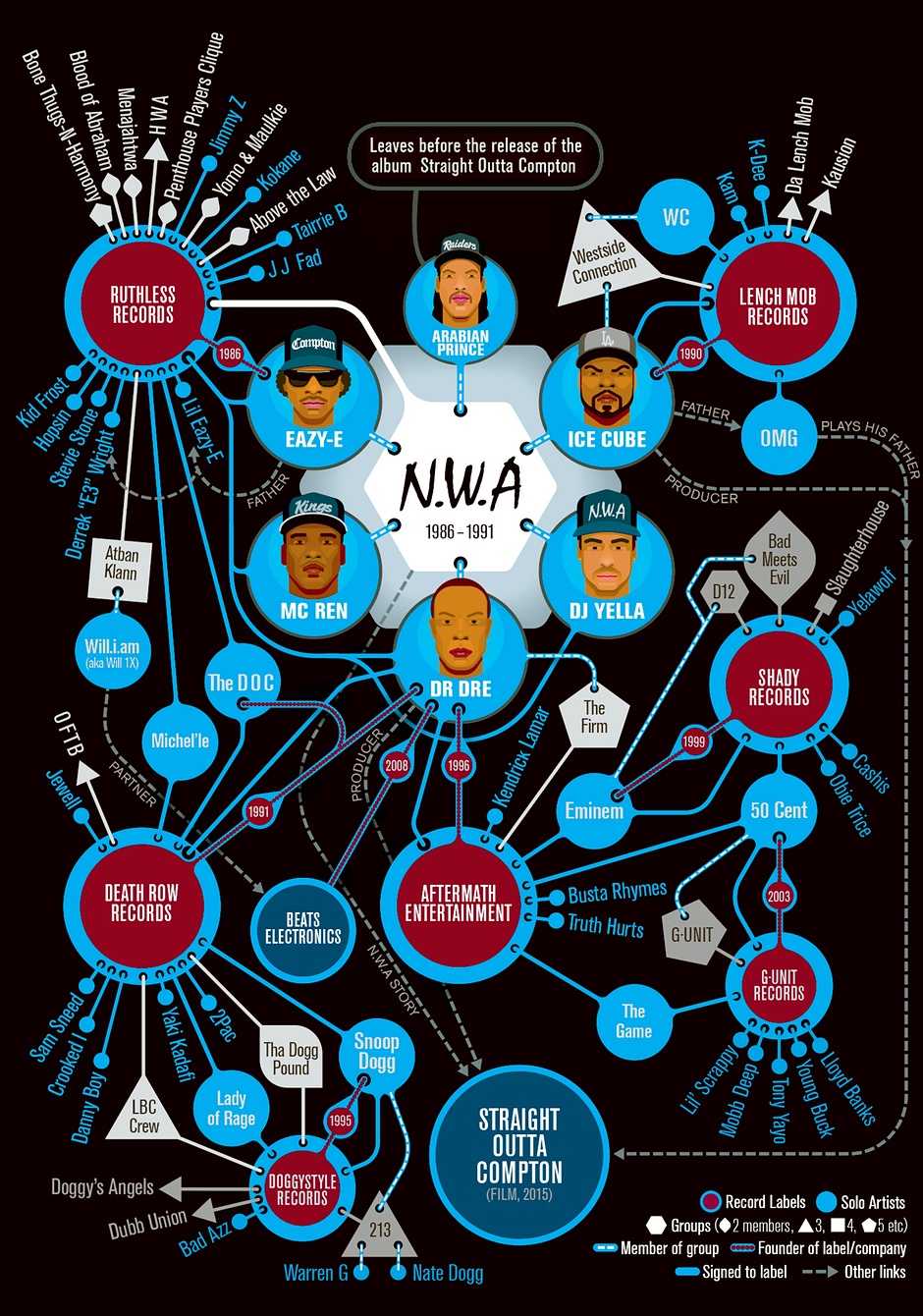 Congratulations to N.W.A. on their 30th anniversary and Straight Outta Compton on its Oscar nomination.