Selena Gomez may be starting to make a name for herself as a serious actress, casting off the ‘Disney Princess’ tag. However, according to director Rob Burnett, she still had to audition “three times” to secure her latest role in Netflix’s The Fundamentals of Caring.

Burnett told us about the process of casting Selina in the film:

“The way she came into the movie was through Aleen Keshishian, who looks after Paul [Rudd] and Selena. She called me up and said she had someone perfect for the part of Dot, someone super-famous who has 12 movie offers on the table but mine was the only one she wanted to do.

So I get a knock on the door and it’s Selena Gomez. She could have easily said “I’m not going to audition, you already know who I am.” But she auditioned 3 times. She came down from L.A.”

She could have easily said “I’m not going to audition, you already know who I am.” But she auditioned 3 times.

Although the fact that she had to audition three times suggests it took some time to perfect her part, Burnett still had incredibly positive words to say about her:

“I instantly hit it off with her. She is so down to earth. She was very smart and had a literal attachment to the script. I think there were things that resonated with her about it in her own family life.

I just found her lovely to work with. Hard-working and a great collaborator. I think she is just at the start of having her real abilities come out.” 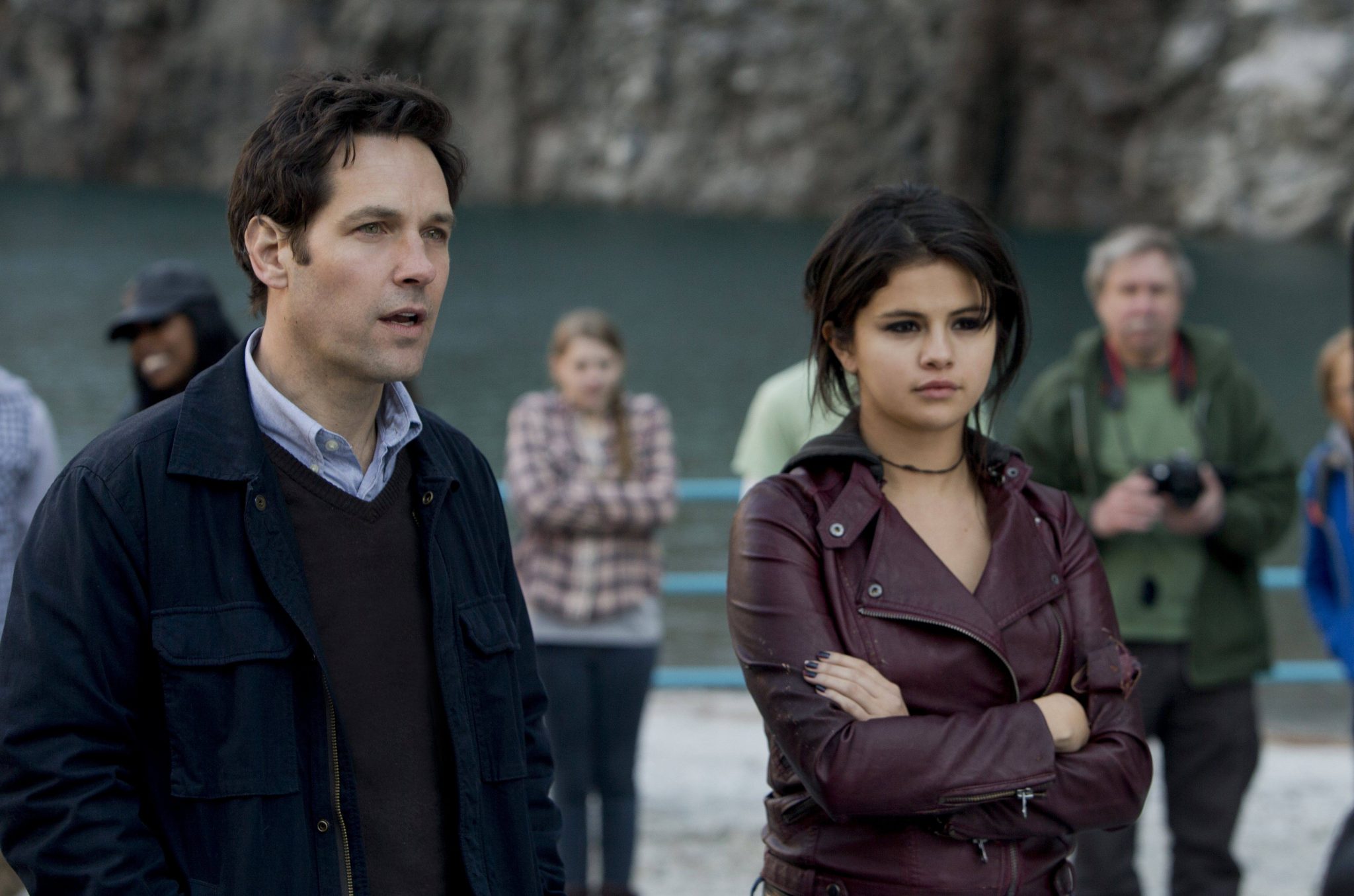 Gomez with Paul Rudd on set of the film.

Burnett also praised the way she has handled her fame:

“I’ve been around a lot of fame through my time working on the Letterman Show, but she has a different level of it. It’s like nothing I’ve ever seen before. And amazingly, she navigates it with a grace and elegance I’ve not seen before.

This is what celebrities should aspire to be. I’ve seen people a lot older than her become insane with fame. Selena Gomez is a tremendous example of someone who isn’t resting on her laurels.”

This is what celebrities should aspire to be. I’ve seen people a lot older than her become insane with fame.

You can read our full interview with Rob Burnett here. And you can see Gomez in The Fundamentals of Caring when it becomes available on Netflix from June 24. Also, you can read our review of the film here and watch the trailer below: