Scarlett Johansson and Samuel L. Jackson had an uncomfortable exchange at the Oscars on Sunday night. 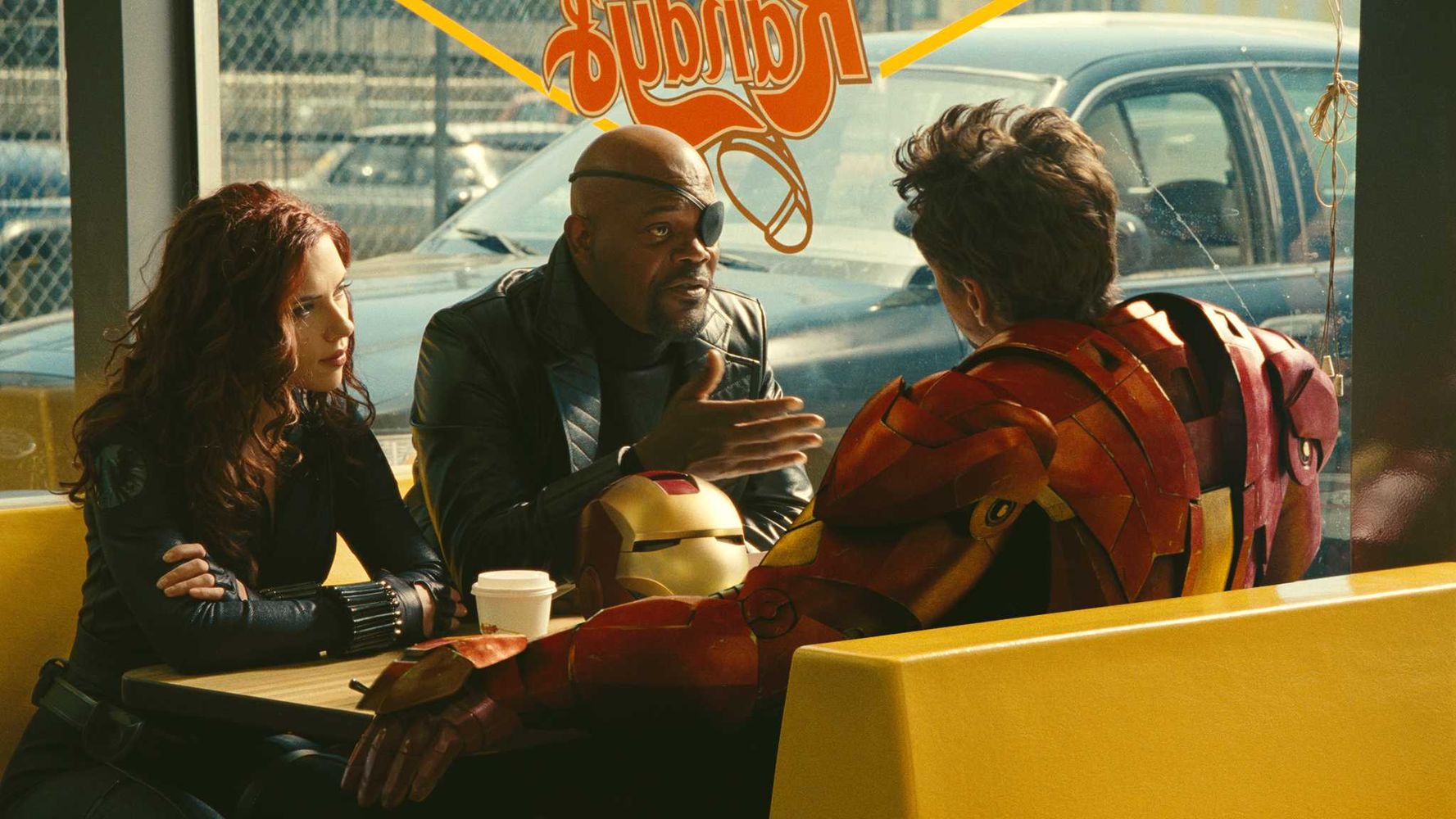 Johansson and Jackson as Black Widow and Nick Fury in Iron Man 2.

The Avengers stars bumped into each other on the red carpet but Johansson told ENews that Jackson “scolded” her:

“I was excited to see Sam Jackson, but then he scolded me for not sending him enough pictures of my kid, I was like, ‘Honestly, here on the red carpet?’ He was like, ‘Where’s my picture?'”

The reporter then asked the Marvel actress what she was sent for a baby gift:

“Oh, gosh! What did he get the baby? Don’t ask me. If I don’t remember, he’s going to get angry again. You know, you want Sam on your side!”

Johansson can next be seen in Ghost in the Shell and she’s currently filming Avengers: Infinity War.