First poster arrives for Matthew McConaughey’s new war drama Free State of Jones. McConaughey is partnering up with writer/director Gary Ross (The Hunger Games) to tell the true story of Mississippi farmer Newt Knight, who rebelled against the Confederacy during the Civil War and led other white farmers and local slaves to establish the Free State of Jones, in Mississippi.

McConaughey will star opposite Keri Russell, who plays his first wife, Serena, and Gugu Mbatha-Raw, who plays his second wife, Rachel, a former slave. 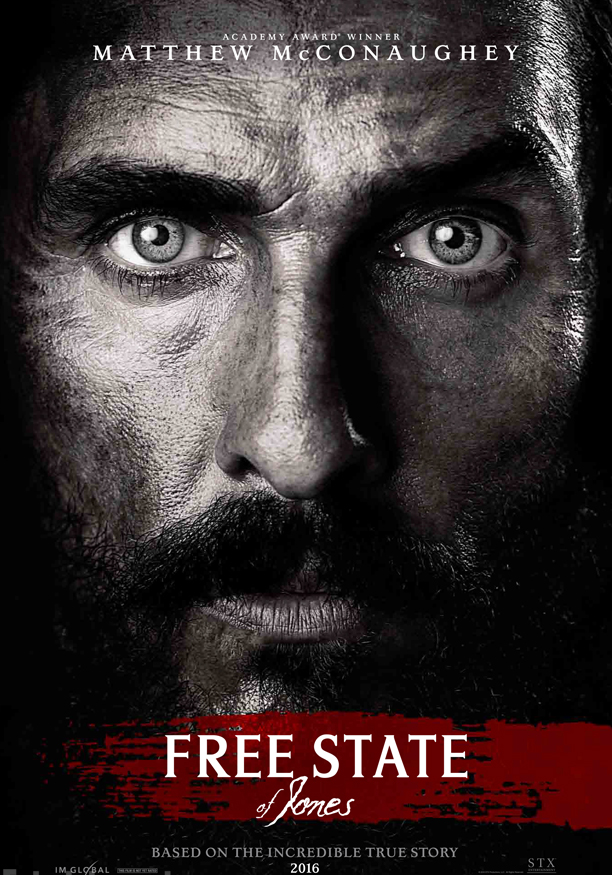 The poster captures McConaughey reflecting the most famous image of Knight.

Free State of Jones will hit screens on May 13th.