Last month, we got our first look at the new, upgraded Pennywise the Clown from the reboot of Stephen King’s It. And now we have our first glimpse of the costume he will wear and it’s terrifying.

26-year-old Bill Skarsgård takes over from Tim Curry who played the role in the 90’s original series, and you can see Skarsgård in costume for the first time below via Entertainment Weekly: 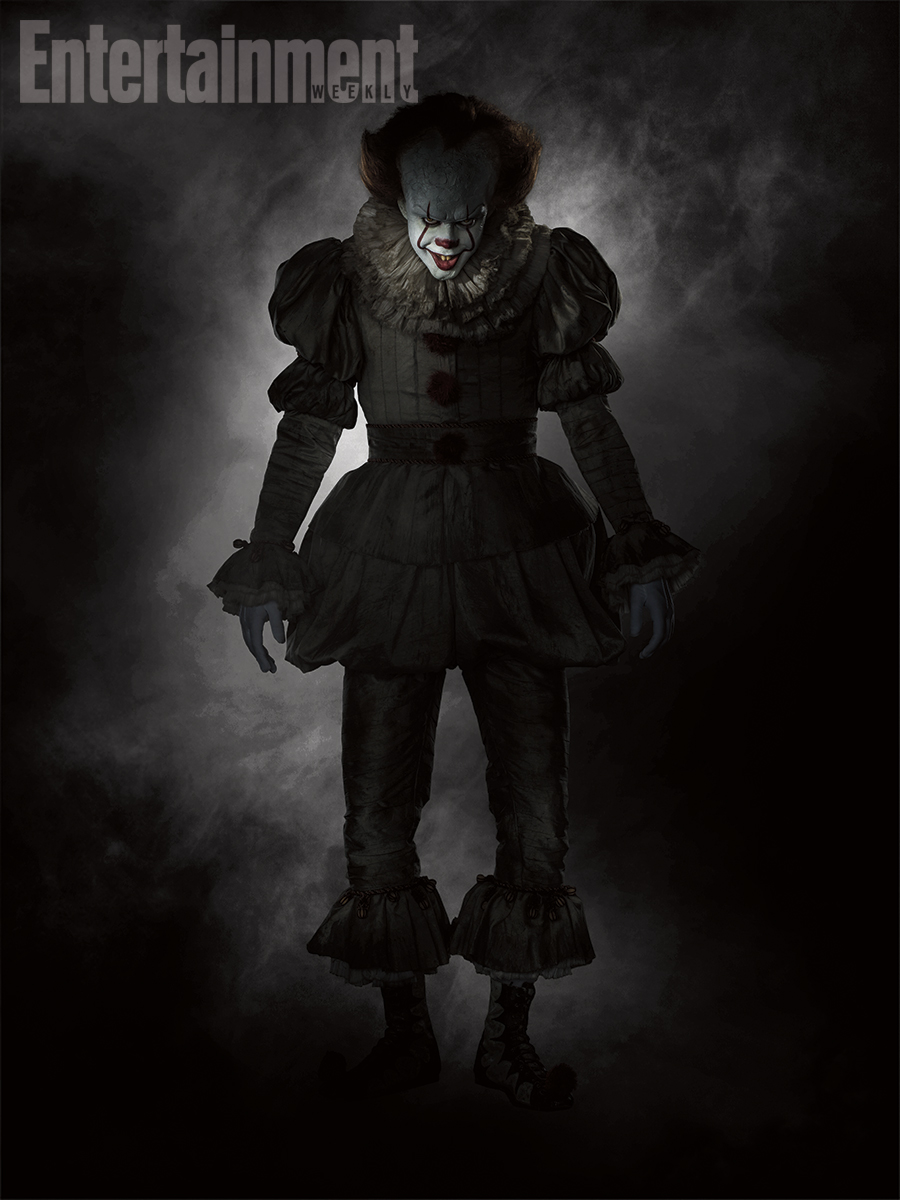 Pennywise is now adopting a monochrome harlequin-inspired outfit, which is very different to Curry’s appearance from 1990.

Costume designer Janie Bryant went into detail about the changes:

“The costume definitely incorporates all these otherworldly past lives, if you will. He is definitely a clown from a different time.”

“The pompoms are orange, and then with the trim around the cuffs and the ankles, it’s basically a ball fringe that’s a combination of orange, red, and cinnamon. It’s almost like Pennywise fades into his environment. But there are accents to pull out the definition of the grey silk. It makes him almost like a shadow.”

And we can Skarsgård in action as Pennywise the Clown when It, helmed by Andrés Muschietti, hits screens in September, 2017.