“Months of intensive prep have led to this. Here we go. #DayOne #Ahab.”

The words of acclaimed director James Wan on his Twitter earlier today as production begins on Aquaman, the latest big-screen adaptation of one of DC’s heroes, with this one due to be released next Christmas. The film, which has been mooted for the last few years, is the first big-screen adaptation of the nautical superhero and is set to take place after Justice League, which is due this November. (via ComingSoon.net)

Based on the DC Comics first released in 1941, Aquaman tells the story of the “King of the Seven Seas. This reluctant ruler of Atlantis, caught between a surface world constantly ravaging the sea and Atlanteans looking to lash out in revolt, is committed to protecting the entire globe. 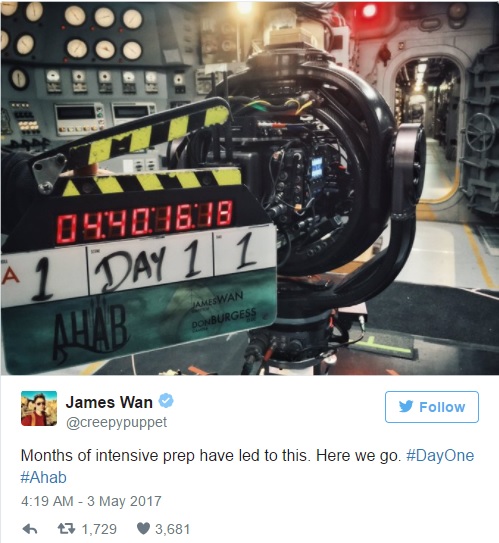 Aquaman is due for release on December 21st, 2018; Justice League opens on November 17th.