Production has officially begun for Battle of the Sexes, a biography about former tennis champ Bobby Riggs and his match against Billie Jean King. Steve Carell stars as Riggs and Emma Stone plays King.

The photo below comes from a scene where the Battle of the Sexes tennis match was announced at an official press conference in July 1973: 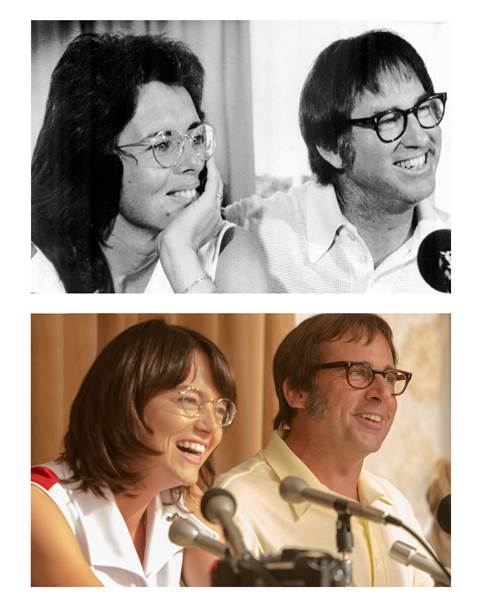 Battle of the Sexes hits theaters in 2017.