Flickreel recently had the pleasure of speaking with Alexandra Shipp, who stars as a young Storm in X-Men: Apocalypse. The 24-year-old actress told us all about playing an iconic superhero, why Storm is a force to be reckoned with, her life growing up in Arizona, and what the future holds for her… 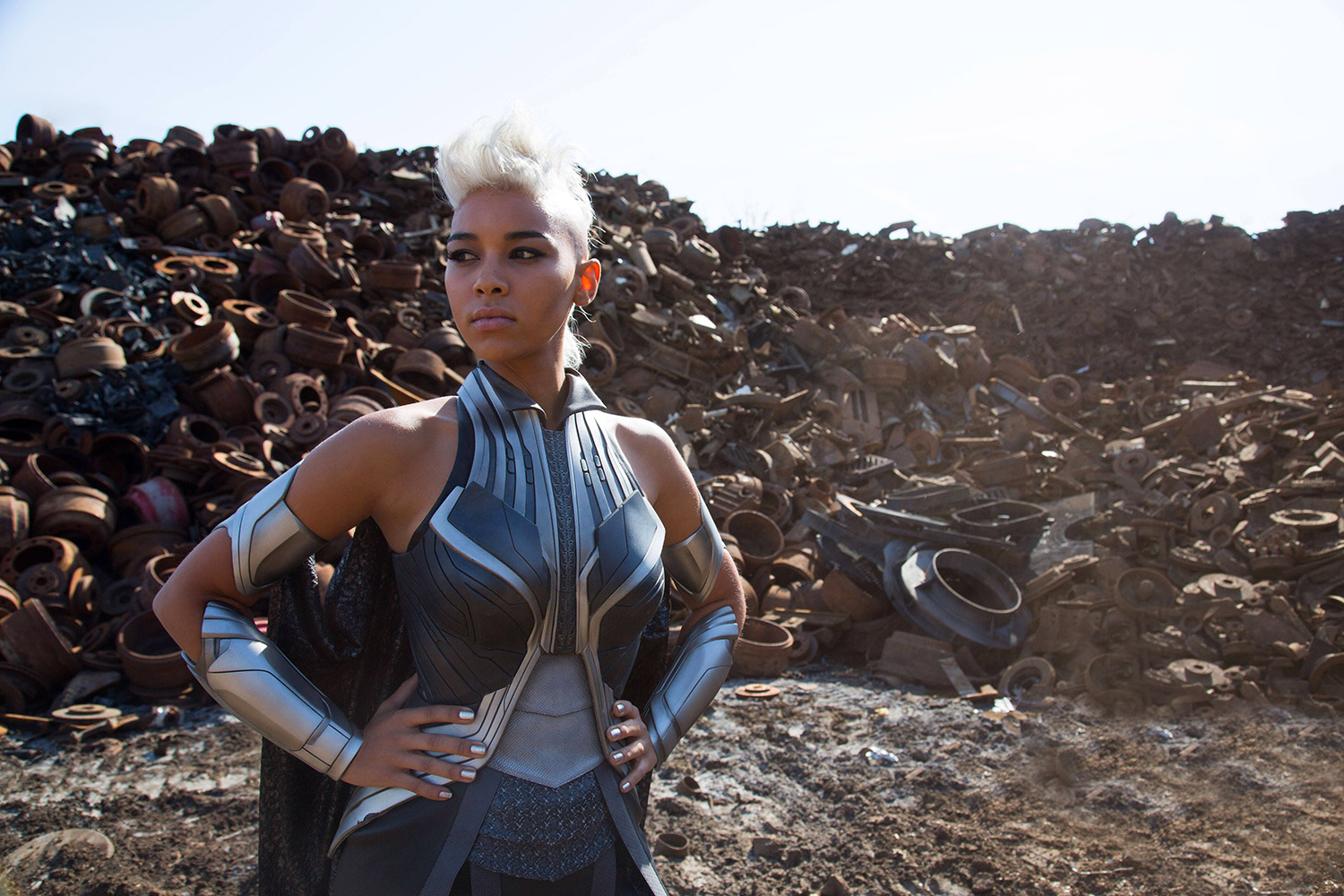 Flickreel: How does it feel to be playing a character who was previously portrayed by Oscar winner, Halle Berry?

Alexandra Shipp: It’s really exciting. For me, I’m such a huge fan of Halle’s, and I was just so blown away by her when she played Storm. The fact that I get to do it myself is so exciting because I love her so much.

Flickreel: What do you think makes your interpretation of Storm different from Berry’s?

Alexandra Shipp: I saw Halle as so calm, and poised, and powerful. So I wanted this Storm to be crazy, and confused, and unsure, and less contrived, and more willful, and passionate. I tried to relate to this young weather goddess. I was thinking about my first period, things I can try and relate to this character. Imagine getting your period and crying at a f***ing sunset. Next thing you know, it starts raining. You can always relate so much. So I really tried to imagine what this Storm would look like in real life. I wanted to make her accurate and true to the comics, but also accurate and true to the role that Halle previously paved for me.

Flickreel: What was your reaction when you landed this high-profile role?

Alexandra Shipp: I was freaked out to be honest with you. I was nervous, I was scared, I was excited, I was flattered, I was feeling blessed, I called my mom. It was just like every emotion, you know, because it’s a dream to be able to play such a strong, female, black superhero, and to be able to say that you’re Storm is really cool.

Flickreel: What’s it like being the new girl on the team?

Alexandra Shipp: It’s really fun. You know, I thought there was going to be a lot of hazing involved. I know these casts can be very tight-knit, but everyone was just so loving and welcoming, and it was like being adopted by the right family.

Alexandra Shipp: Hmmm… I would have to say Rogue. I’ve always wanted Rogue’s power. It would be really fantastic to be able to use everybody’s powers with a light touch. You know, I’m not trying to suck their life force out or anything. Just trying to morph, and fly, and be invisible.

Flickreel: Why do you think Storm is such an important part of the X-Men and why does she have such a strong place in the affections of many fans?

Alexandra Shipp: With Storm, she is such a matriarch. She is such a big part of X-Men because of the love, and care, and omniscience that she has. In battles and stuff like that, she’s in the sky – she’s helping everyone out, whether it’s shielding them with fog or whatever, she’s on it. I wanted to show where that came from in this movie. 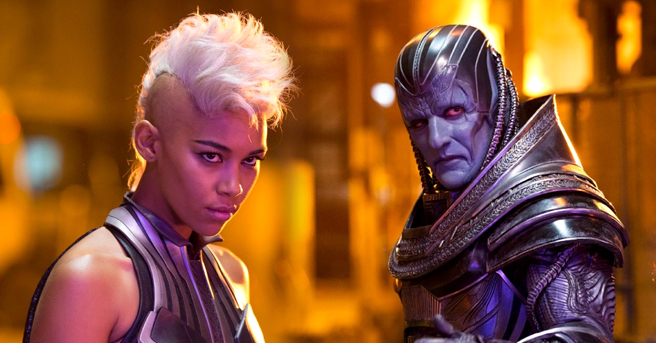 Flickreel: Tell us about growing up in Arizona, where you first caught the acting bug?

Alexandra Shipp: I love Arizona. I’m such a desert baby. I wish there were more acting opportunities in Arizona, otherwise I wouldn’t have left. I love the theatre scene, though. The theatre scene in Arizona is so beautiful. There is some amazing theatre and really intelligent people doing really interesting things with theatre in Arizona. I went to Arizona School for the Arts. I loved it. I loved growing up in Phoenix. I loved the desert hot nights. I loved the sunset and I miss it all the time. I’m going to be back there soon. I’m gonna come and watch X-Men with my grandmother.

Flickreel: Did you or your parents have any doubts when you moved to LA at the age of 17 to pursue a career in acting?

Alexandra Shipp: Oh totally. I think everyone had doubts. I think everyone was like, “Alex, you’re going to do this and we’re going to see you in like sixth months.” I mean, I even expected the same myself, but I just stayed true and focused on the love I have for the arts, and how I couldn’t imagine myself doing anything else. Even if I moved back to Arizona, I’d still be doing something with the arts, but I really stuck with it out here and I thought to myself, “what will set you apart from everyone else is that you keep coming back, and you keep getting better, and you keep acting, and you keep taking constructive criticism that every individual gives you, whether it’s your agent, your manager, your producer, your songwriting partner, whoever, you take it in and you allow yourself to grow from it.”

Flickreel: You have another film set to come out in 2016 called Dude. What can you tell us about that project?

Alexandra Shipp: Dude is a coming-of-age story about four girls that are about to graduate from high school. It’s written and directed by Olivia Milch, who is a phenomenal writer and a fantastic director. She has such a clear voice and she writes to strong, powerful, educated women. I’m a huge fan of her, and to be able to work with her on this project is really cool. It’s basically like the female Superbad in my opinion. It’s smart, it’s funny, these girls are real, and you’re seeing a real transitional period trying to figure out colleges, and being away from the people you’ve known you’re entire life, and trying to figure out what kind of woman you want to be. It’s all a big, scary anomaly, but it’s a really great movie. I’m excited for people to see it. 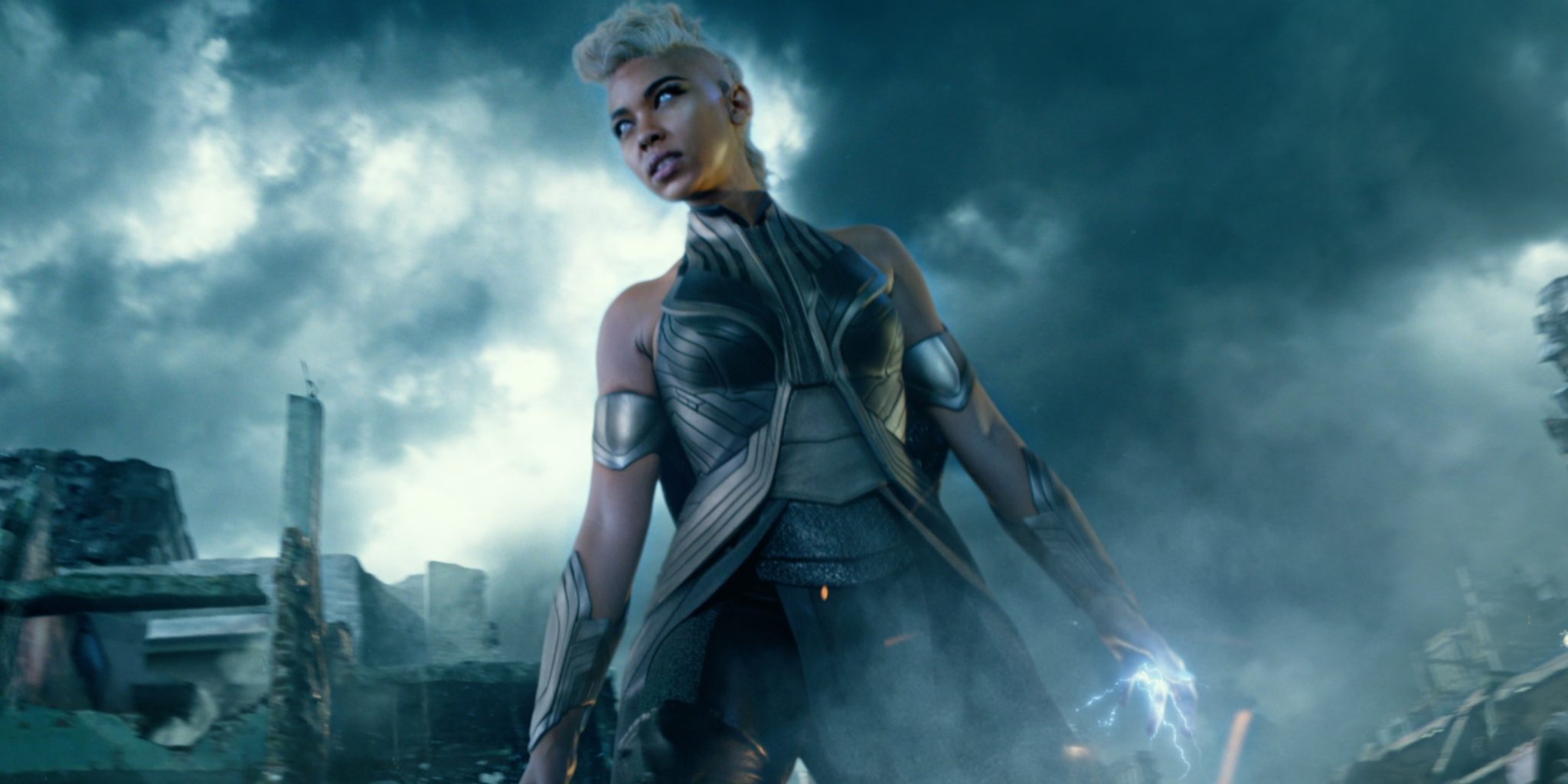 A Storm is coming.

Flickreel: What do you think the future has in store for the X-Men movie franchise?

Alexandra Shipp: I hope that we do another movie, and if we do, I’m really hoping that they elaborate on how the group really comes together and how their relationship is really deep. I think there’s a beautiful love between Storm and Jean. I also think that elaborating on Nightcrawler and Jubilee: I’m excited to see how those characters blossom as well. I hope they keep making more.

Flickreel: One final question. Would you be interested in seeing the X-Men team up with the Avengers?

Alexandra Shipp: Yeah I think that’d be really cool. Who knows? I think that would be a really fun crossover. That’d be like a World War, wouldn’t it?

X-Men: Apocalypse hits US theaters on May 27 and is out today in the UK.