We’re giving away 2 copies of Scott of the Antarctic on Blu-ray or DVD (the 2 winners can choose which format they would like to receive) to celebrate its fully restored home release this coming Monday. To enter, simply sign up to our monthly newsletter below by 23:59 GMT on Monday the 6th of June 2016 (UK residents only – see full terms and conditions below). 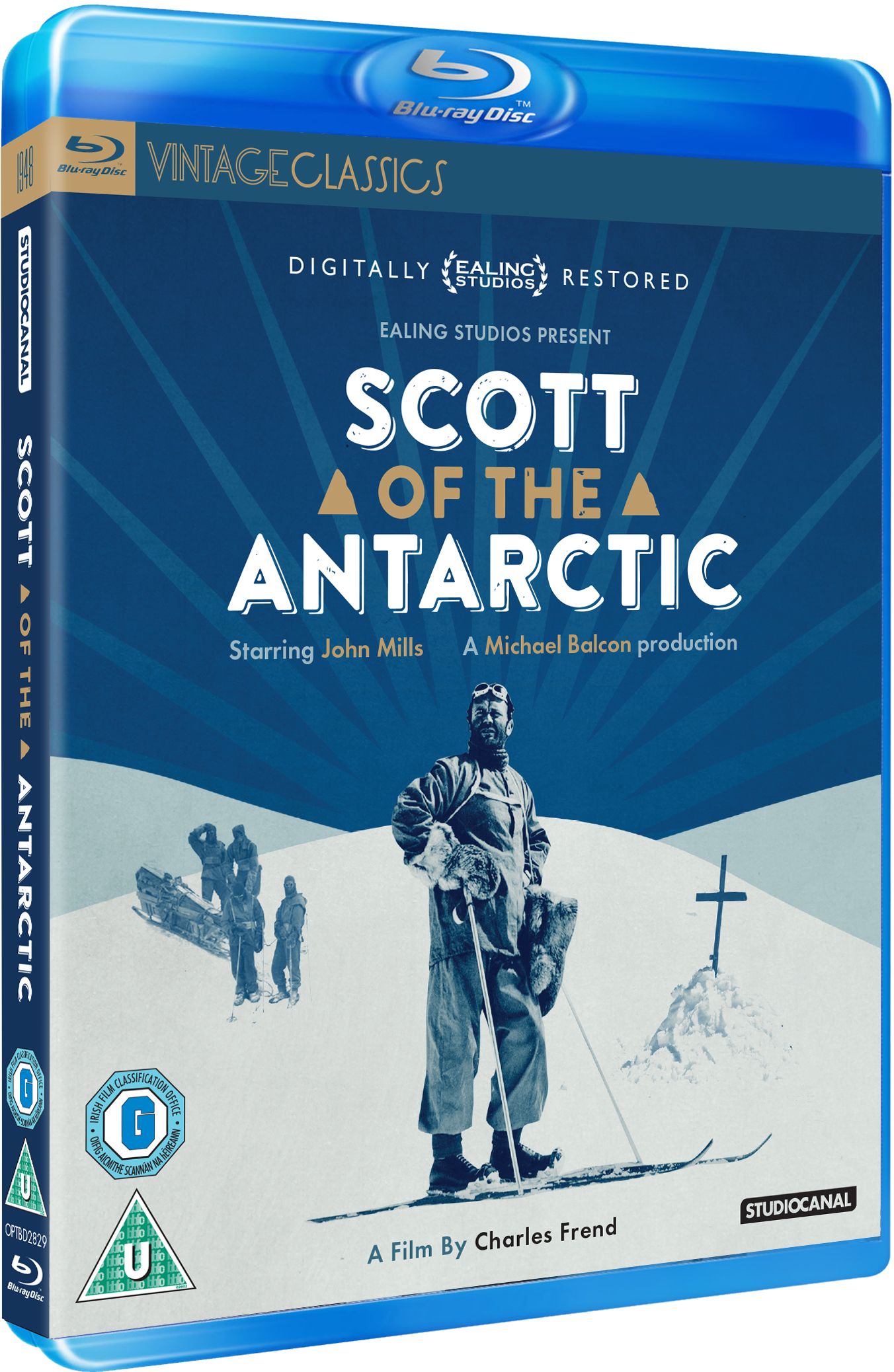 Scott of the Antarctic was Ealing’s first technicolour film and a great achievement, as it was shot almost entirely in studio, which most people never realised thanks to the special effects team and legendary cinematographer Jack Cardiff OBE.

Scott of the Antarctic was adapted from Robert Falcon Scott’s diaries and visually inspired by original footage from the expedition. Tremendously British in style and spirit, this documentary-style drama is complemented by an original score from Ralph Vaughan Williams, which later became his seventh symphony, ‘Sinfonia Antarctica.’ Scott of the Antarctic was nominated for Best British Film at the BAFTAs in 1949.

It has been beautifully restored in 2K, and for the first time ever from a Technicolor 3 strip negative.

Win 1 of 2 copies of Scott of the Antarctic on Blu-ray or DVD.

Please note: in order that you are successfully entered into the competition, you will need to confirm your subscription to our mailing list by clicking the confirmation link which will be emailed to you.

The draw is open to UK residents only and entrants must be aged 18 or over. Only 1 entry is allowed per person/email address. Entries must be received by 23:59 GMT on Monday the 6th of June 2016. The winner will be drawn at random from all entries received by flickreel.com during the term of the competition. No correspondence will be entered into. flickreel.com accepts no responsibility for any entries or other communications that are late, incomplete, unintelligible, misdirected, lost due to disconnection, telephone systems or computer equipment or software failure or data loss. The winners will be notified personally by email, to the email address provided in the entry, within one week from the closing date. No cash alternative is available and the prize is not transferable. Prizes must be claimed by 1 month after notification. Winners names may be published on the website. Submission of an entry will be taken as acceptance of the rules. Please note the competition is not open to flickreel.com employees, contributors, their families or anyone connected with the competition. flickreel.com reserves the right to amend these terms and conditions.

1
We use cookies to ensure that we give you the best experience on our website. If you continue to use this site we will assume that you are happy with that.OKRead more