Despite having an R rating, Deadpool has been a huge hit for 20th Century Fox. Not only did the blockbuster have the biggest R rated opening of all time, but it also had the biggest February opening ever and the biggest opening for an X-Men film. Given the success for Deadpool, it shouldn’t come as a surprise that Fox is now considering making an R rated Wolverine film.

At Fox’s Toy Fair presentation, they handed out pamphlets for upcoming releases. One of the film’s was a third Wolverine movie, which is anticipated to have an R rating. See the image below posted by RayChaos (Via ComicBook.com): 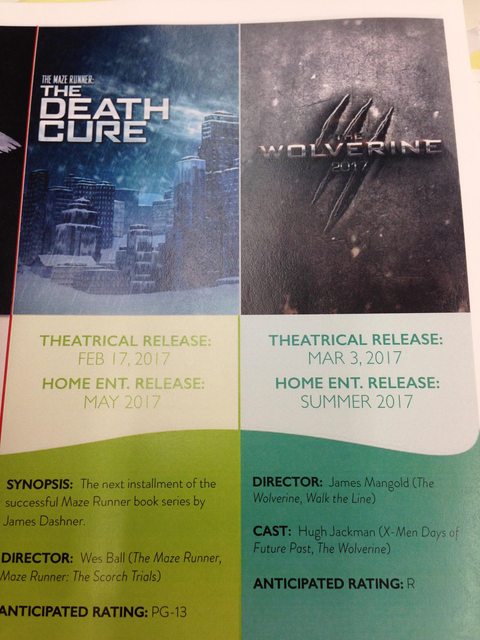 Wolverine 3 is set to begin production in April and to hit theaters on March 3, 2017. Quite frankly, we’d love to see Fox go for the R rating, especially after we had to sit through a PG-13 Total Recall, a PG-13 RoboCop, and a PG-13 Terminator.