When Hocus Pocus came out in 1993, it wasn’t exactly considered a success. Critics panned it across the board with Roger Ebert even giving it one star. The film wasn’t even really a box office hit, making only $39.5 million against a $28 million budget. Of course part of that might’ve had to do with the inexplicable decision to release the film in July as apposed to October. After a below average theatrical run, though, people started to discover the film on home media and television. Now it’s widely considered a Halloween classic that audiences rewatch every year. Feeform even airs an annual Hocus Pocus marathon, much like how TBS airs 24 Hours Of A Christmas Story.

Come to think of it, you could argue that Hocus Pocus is to Halloween what A Christmas Story is to Christmas. Neither film did that well upon release, but soon earned cult classic status and eventually blew up in popularity. But why exactly is it that we revisit Hocus Pocus every Halloween? While the film is a lot more fun than any of the critics gave it credit, it’s admittedly not without problems. Some of the jokes are beyond corny, the story has a dozen plot holes, and the film has a weird fascination with virgins. So is Hocus Pocus really as good as we remember or are people just wearing nostalgia goggles?

Well, nostalgia does admittedly play a key role in the film’s enjoyment factor, but that’s not necessarily a bad thing. Growing up, children want to watch something overflowing with the spirit of Halloween. Of course most kids can’t handle a film like John Carpenter’s Halloween, Friday the 13th, or other slasher classics. After It’s the Great Pumpkin Charlie Brown and The Nightmare Before Christmas, there aren’t a lot of great specials that are really about Halloween. There are movies that possess a certain Halloweeny ambience, such as Beetlejuice and Ghostbusters, but those aren’t directly connected to the holiday.

Part of what makes Hocus Pocus stand out is that it actually takes place on October 31st. Because of this, the film is simply draped in Halloween. It has black cats, curses, candy, pretty much everything we associate with the holiday. It even had three scene-stealing witches, played by Bette Midler, Kathy Najimy, and Sarah Jessica Parker, who completely throw themselves into their roles. Director Kenny Ortega additionally knows how to show off flashy sets, costumes, and visuals, allowing the audience to soak up every ounce of Halloween the film has to offer. 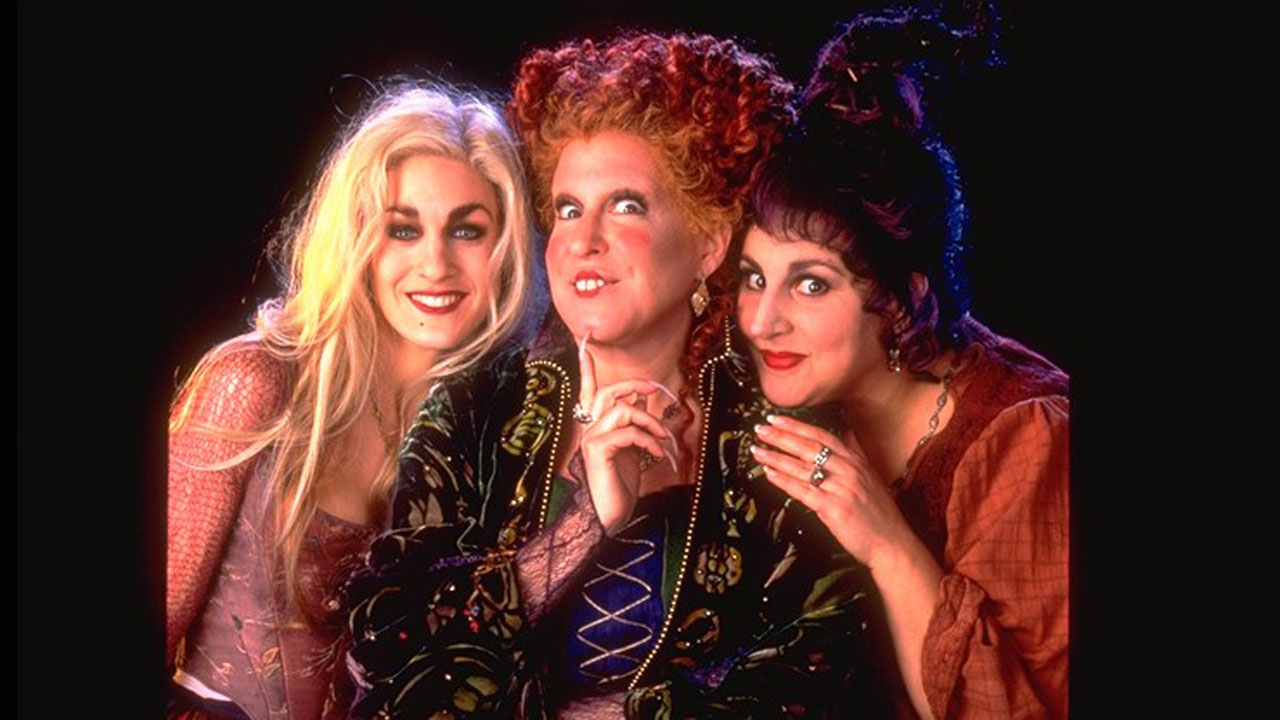 While the film is mostly lighthearted and comedic, it also has a few darker moments that we often overlook. Granted, the final product isn’t nearly as dark as some other kids films from the era. Actually, the initial idea was originally intended to be much scarier before it was sold to Disney. For a Disney flick, however, the filmmakers still get away with a fair deal. Within the first minutes, a little girl has the life sucked out of her, a teenage boy is turned into a black cat, and three witches are hung to death. Plus, some of the jokes are rather risqué by Mouse House standards. Again, with the virgin fascination.

Perhaps the best word to describe Hocus Pocus is wicked. It’s cheesy, naive, and goofy, but still has a certain wit and edge one wouldn’t anticipate. Above all else, there’s a clear reason why we’re drawn to the film year after year. At a certain point, we all felt too old to go trick-or-treating. Yet, there will always be a part of us that wants to go back and recapture that childhood magic. Hocus Pocus takes us back to that simpler time, reminding adults what it was like to be a young trick-or-treater. The end result might not be a masterpiece, but nobody can deny that it embodies the spirit of the season. In due course, the movie put a spell on us and now… well, Winifred Sanderson put it best.