Vin Diesel has revealed on Facebook a brand new poster for the upcoming Fast & Furious 8. Check it out below: 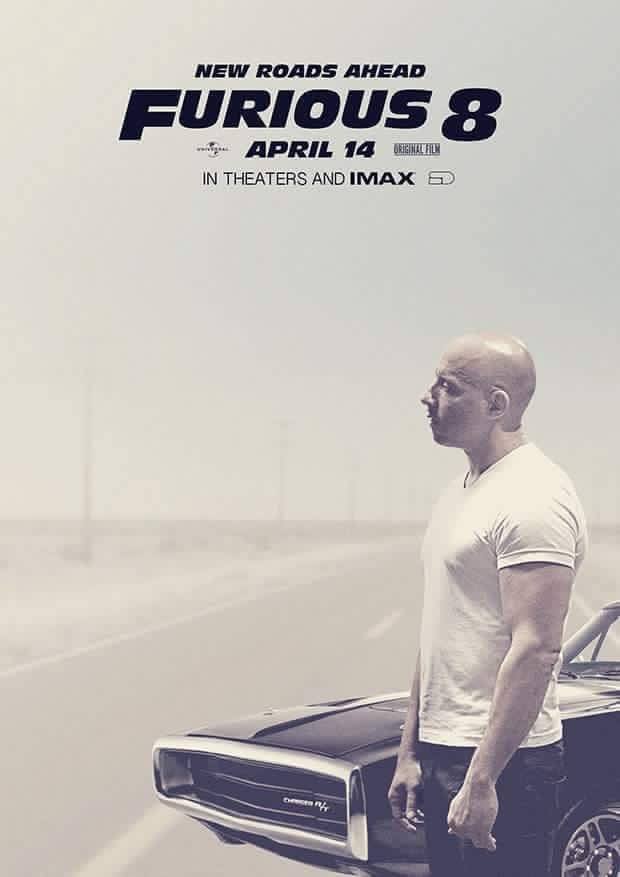 With a tagline of ‘New Roads Ahead’, we get the sense that Diesel is attempting to look to the future following the tragic loss of fellow actor and friend Paul Walker.

The eighth movie in the series will be part of a new trilogy of films with Straight Outta Compton’s F. Gary Gray at the helm and Charlize Theron joining regulars Dwayne Johnson and Eva Mendes in the cast.