US network Syfy has picked up the Tremors TV reboot series, with Kevin Bacon confirmed to star.

According to Variety, Syfy will produce a pilot which will most likely evolve into a full series. Bacon is returning to his role as Valentine McKee, with the reboot set 25 years after the 1990 film.

The story will follow Valentine as he must return to the small town of Perfection to defend it against the killer Graboid worms, but will have to “overcome age, alcohol and a delusional hero complex”. Bacon told Variety that he is excited to revisit the character:

“This is the only character I’ve played that I’ve ever thought about revisiting. I just got to thinking, where would this guy end up after 25 years? Andrew Miller has a fantastic take on it and we hope to create a show that will be fun and scary for fans of the movie and folks that have yet to discover it. Let’s kick some Graboid ass!” he said. 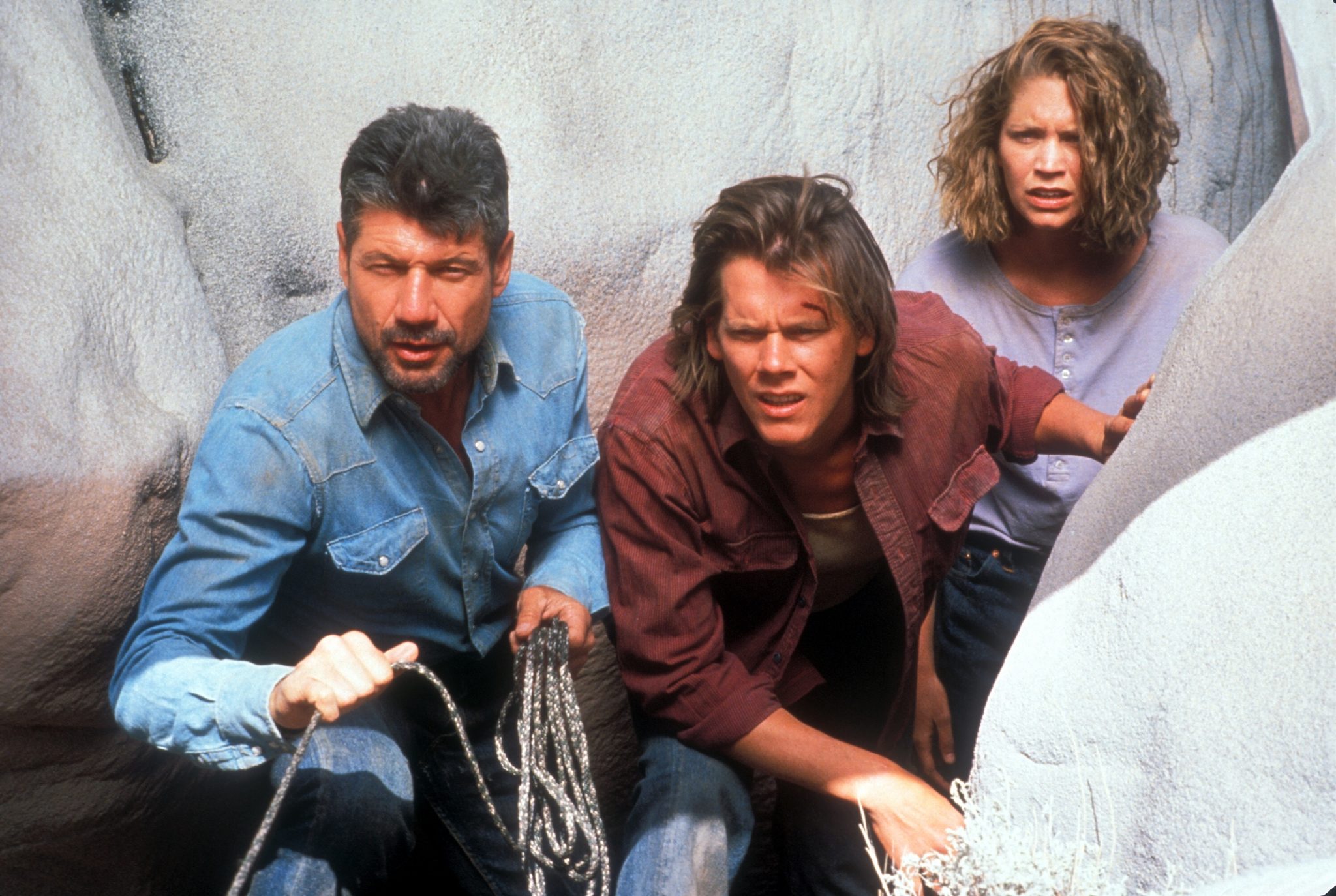 Universal Cable Productions and Blumhouse Productions are developing the show, we’ll inform you of more updates when we get them.