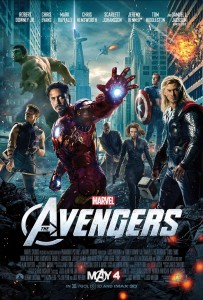 Joss Whedon had an unenviable task. To take the leads of five different movies and make them work as a team in one single film was a juggling act that relied on the perfect balance – something which Whedon got just right, with his TV-honed blend of wit and experience in getting together unusual groups of extraordinary people, as his work in Buffy the Vampire Slayer and Firefly would prove. The result of this particular assembly? One of the biggest box office hits of all time – and the MCU’s best film to date.

When Loki, the ever-watchable villain from Thor, makes a deal with a mysterious alien force to take over the Earth, it’s time for Nick Fury to assemble his rag-tag team of (as the World Council puts it bluntly) freaks. But it’s not that easy; the would-be Avengers don’t gel particularly well, but but when the time calls, they suit up and save the day in city-flattening style. However, it’s not the huge special effects and globe-threatening stakes that make the movie work: it’s the constantly changing dynamic between these absurd characters, a friction that Whedon mines to create more great moments in this one movie than all the previous MCU entries combined. It also sports one of the best third acts in any action movie of recent years, purely because of its character beats, not its action ones. There may be flying cyber-serpents and mysterious third parties (ahem – Thanos), but despite its potential tangents, there’s a focus amid the scale; somehow, Stark, Banner, Rogers, Thor, Barton (Hawkeye), Romanova (Black Widow), and even Fury are given arcs that pay off wonderfully. And for Whedon’s reshaping of the Hulk since Edward Norton left the role, leaving Mark Ruffalo to step in, there’s perhaps not a better moment than when Captain America orders Hulk to ‘smash’, and the face of the green-skinned beast breaks into a devious smile.

The Avengers should never have worked. But somehow, magically, it did – and it’s been working for Marvel ever since; they haven’t been afraid to go bigger or more spectacular in the subsequent three years, something that the mere existence of Guardians of the Galaxy is testament to. Whedon’s flair for dramatic plate-spinning and the cast’s superpowered talents paid off the five films before in a number of startling, satisfying ways, making this movie ludicrously re-watchable. You better put it on for the millionth time before Avengers: Age of Ultron.

Next in the MCU Diary: Iron Man 3