I’ve just seen Terminator Genisys, and there are a breathtaking number of things wrong with it. Jai Courtney, however, isn’t one of them; he takes over from Michael Biehn as Kyle Reese, and is a watchable, humorous, and relatable respite from the rest of the film’s exhausting mythology meddling and explosion-driven antics. If you listen carefully, you can already hear those decrying Jai Courtney as just another untalented, hunky movie star – but I claim that the man has been a victim of bad luck. 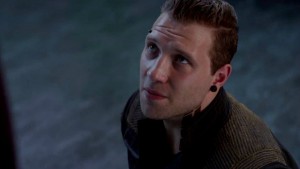 Can I have a decent role? Pretty please?

For almost the entirety of his career so far, Courtney has appeared in dud after dud, and it’s very easy to label him similarly. But despite the poor quality of the films he’s chosen to star in, I think those choices reveal something far more intelligent and ambitious that none of us expected. I’m here to make a stand for Jai Courtney (even though I’m not entirely sure how to pronounce his first name) and make the case for him as a serious actor, a talent hardly any of us have noticed yet .

The Sydney-born actor – weird that, as my last entry in this column was about another Aussie, Ben Mendelsohn – probably got noticed for his beefiness in 2010 in the Spartacus TV show, which led him to star as the main villain in the 2012 Tom Cruise vehicle, Jack Reacher. While his character, Charlie, was written as blandly as they came, he did inject a certain smoothness to the role, making for a villain you could fall for, even though you know you’ll probably wind up strangled and lying in a ditch somewhere. The movie itself was a decent, if not particularly thrilling flick; but then, Courtney seemed to only turn up in critically panned movies, or those with very mixed reviews, ever since. Let’s take a quick look at that filmography up to now:

… and now Terminator Genisys. It’s a short list, sure, but one where even the Oscar-bait pictures are bad (Unbroken and The Water Diviner), and where the really bad films are really, really bad (A Good Day to Die Hard, I, Frankenstein). Even his newest, Skynet-powered blockbuster is sitting at a woeful 27% on Rotten Tomatoes. It’s a downright shame. But here and there, you can see flashes of greatness in his performances; in The Water Diviner, he plays Lt. Colonel Hughes, a stiff-upper-lipped soldier positioned in the war-torn wake of Gallipoli, who finds himself in a moral conundrum when Russell Crowe washes ashore, requesting to look for the bodies of his children.

But just before Courtney is able to fully prove himself, he’s criminally only given a few minutes of screentime in the final cut of the movie. At least with nearly every other role on that list, with his glorious shit-eating grin, he’s been able to play the stupid, evil henchmen or villains he’s been cast as particularly well – which is probably why he gets cast as them so much in the first place, and gestates a vicious circle. I just feel that The Water Diviner, as mired a movie as it is, shows a knowing, serious choice from Courtney which would have given him an opportunity to break out of that circle before it traps him for the rest of his career. 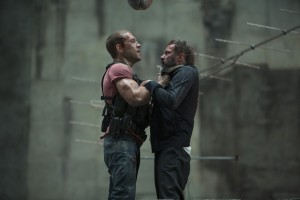 I said send me some GOOD scripts!

Only Felony has received the kind of reviews you’d hope for when it comes to an upcoming star’s body of work – but overall, it’s a shocking run of films. In Terminator Genisys, he’s given a lot more room to breathe, as he’s essentially the film’s main character – and he comes off excellently for it. He’s a powerful dramatic force in the quieter scenes, a gung-ho action hero throughout the set pieces, and a possessor of some nifty comic timing during his quips with Arnie. A great example of Courtney’s potential is if we look at Channing Tatum; typically cast as the dunderheaded romantic interest, Tatum is now an Oscar-worthy actor (Foxcatcher), a brilliant comedic presence (21 and 22 Jump Street) and a wise-cracking action superstar (White House Down, Jupiter Ascending – though those last two could comfortably be left off his acting resume). He broke out of his own circle, and was able to display just how great an actor he was to everyone – and in the meantime, everyone loves him. I feel like Courtney mirrors Tatum in that respect; he’s at a similar stage in his career where someone, anyone, just needs to see that potential too, and let him loose on the world. Cast him in a drama, a comedy, anything that doesn’t just pick him to easily fill a type-centric role. Choose him for his talent. 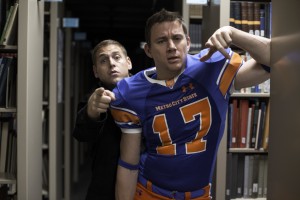 There’s something behind those sharp cheekbones other than the dead-eyed, musclebound characters he’s been given so far. Regardless of the signs that he’s wanted to get out of the circle he finds himself in, it needs to work both ways; directors, producers, casting directors need to see that potential. Courtney’s upcoming movies are Man Down and Suicide Squad; the former is a post-apocalyptic thriller / drama which could see Courtney finally sink his teeth into some real dramatic meat, and thusly get our attention; the latter is a supervillain team-up blockbuster where he’ll probably, yet again, get lost in the background. I simply wish the best for Courtney, and hope he breaks out of his circle. I just hope I don’t meet him in real life, because I will mess up his first name.

Terminator Genisys is in cinemas now.