There’s a very good chance you’re already a Ben Mendelsohn fan – you just don’t know it yet. I’m here to let you know; you’ve seen him in loads of films over the past few years, and have enjoyed his performances greatly. You may have even recognised his face from time to time, or have clocked him in Slow West, currently shooting up indie cinemas the world over. He’s the Steve Buscemi of our age, the That Guy to end them all; I’m talking, of course, about Ben friggin’ Mendelsohn, the best character actor working today. Here’s his glorious Australian face: 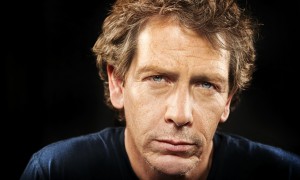 Recognise him yet? No? In that case, let’s put him next to someone famous: 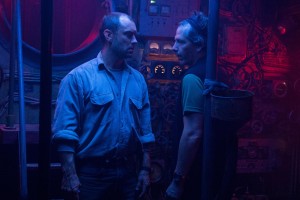 Hopefully, the penny has now dropped; typically, Mendelsohn plays against household-name actors in films ranging from big to small, but is always the most enjoyable character onscreen at any time. His actor’s-actor chops and magnetic presence ensure that he’s as watchable as an actor has ever been. But just what is a character actor, anyhoo? A quick look on Wikipedia defines it as such:

A character actor is a supporting actor skilled at playing distinctly unusual, interesting, or eccentric characters, such that they are “almost unrecognizable from part to part, and yet play many, many roles convincingly and memorably.”

That sounds like a decent definition to me, and Mendelsohn lives and breathes as if that very definition leapt off the pages of the dictionary and started strutting about, nabbing roles in movies, and became very awesome indeed. When he’s busy lighting up the room in a movie like Black Sea (pictured above), he outshines not only Hollywood beefie Law, but other extraordinary, well-tested character actors such as the British Michael Smiley and the American Scoot McNairy (also a fine upcoming C.A. like Mendelsohn). What is it about him that makes him so indescribably perfect in each scenery-chewing role he takes on? I think the best way to tackle that is to look at some movies you may – or may not – remember him in: 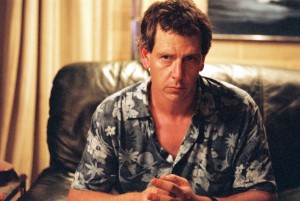 Whatever you do, don’t make eye contact with him.

Despite starring in terrible movies like Australia and Knowing alongside Nicole Kidman and Nicolas Cage respectively, Mendelsohn first really caught my attention in 2010’s Animal Kingdom. The film is an absolute stonker, and for my money is the best crime-related drama of the last five years. But there’s really only one reason why Animal Kingdom stays with you for so long: Ben Mendelsohn. His performance as Andrew ‘Pope’ Cody is as despicably villainous as they come, a sociopath who can carry out chilling acts of unspeakable evil with a hush and a whisper. Check him out, being effortlessly terrifying despite his relaxed demeanour:

Also notable is the stunning fact that Mendelsohn gives the best performance in a film that has Guy Pearce in it – who is by quite some way my personal favourite actor. That’s really some feat. But 2012 was the year he really blew up: not only did he star alongside Brad Pitt in Killing Them Softly, he was one of Bane’s henchman in The Dark Knight Rises. I’ve always loved this scene between him and Tom Hardy (beware, Batman spoilers abound):

He also kept stealing scenes from Ryan Gosling in The Place Beyond the Pines that same year (the cheek). Next, instead of hanging in the background, he’d prove his real acting worth as Neville Love in 2014’s Starred Up, the father of a volatile young offender, Eric (Jack O’Connell) who wind up in the same prison together. Whether it be a quick-fire remark about prison romance or a profound tidal wave of testosterone-charged anger, Mendelsohn put himself on the map with this one – and that final scene? Gets me every time. Also, you’d never want to have to explain to him that his kid’s been naughty:

He’s also bestowed one-dimensional villains layers that you wouldn’t have expected, or ones that the films didn’t deserve: Ryan Gosling’s dud Lost River completely wastes an otherwise enthused, committed Mendelsohn performance, while Exodus: Gods and Kings showed plenty of potential with the gold-skinned Aussie; at least he’s as deliciously camp and flamboyant as can be here. 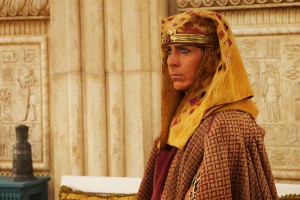 Even Slow West, as superb a film as it is, doesn’t spend too much time developing Mendelsohn’s character, Payne; the outlaw wears a big, idiosyncratic fur coat and chews his cigar as much as he chews the scenery. But the actor, ever resourceful, gives him a depth all his own: I think this is why more and more directors want him in their movies, especially for the more villainous parts where they may not have had as much time spent on them. Mendelsohn, quite clearly, fixes such things.

More than likely, you’ve seen a lot of these movies already. What’s less likely is that you’ve seen his first work as a jobbing Australian actor in kitchen-sink dramas such as 1987’s The Year My Voice Broke; in which case, I suggest you hop to it (you can forget about his appearance on Neighbours, plus 1990’s The Big Steal, which admittedly looks quite rubbish).

But far and away his most resounding success so far has been his performance in Netflix’s Bloodline, alongside Kyle Chandler and Linda Cardellini. It felt like the role he was born for, so much so that it feels as if the screenplay was written with him in mind. He so perfectly captures the rebel spirit of Danny Rayburn, his toxic jealousy and his unaccountable innocence, that he should be up for every award going when the next TV awards rolls round. He probably won’t, however – because no one still seems to know who he is. 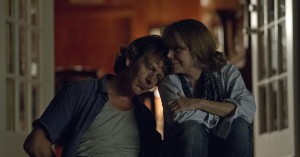 Even sociopaths love their mum.

The world should begin to appreciate him, and soon; with a heavily-rumoured part in the first standalone Star Wars film, Rogue One, and a split-down-the-middle double act with Ryan Reynolds in the upcoming Mississippi Split, Mendelsohn will reach out to a wider audience than ever before. But, you know, perhaps it is best that he hangs in the wings; it’s worked for him pretty well so far. Having the luck to be in many of this current decade’s best movies, and adding significantly to the acclaim of such works, Mendelsohn has a bright future as not just a character actor anymore, but a fully-fledged A-list superstar; or he could carry on making small indies, and I would be just as happy. But whatever you do, remember this face: 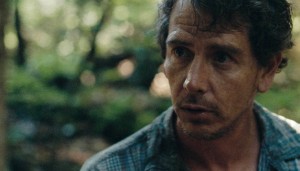 Who the hell’s Steve Buscemi?

Slow West is in cinemas now.