Jackie should become a template for every biopic henceforth. Where your typical biographical picture will aim for a ‘greatest hits’ tour of their subjects, Jackie chooses to focus on the fallout of a significant event; where most directors would stretch out the story to encompass most of, if not all, its central figure’s life, Pablo Larraín uses his movie to focus on a period of time that would shape the rest of their life. Jackie is a great biopic – but I’m here to argue that it stops just shy from becoming a great film.

Let me start with some more compliments, so you know I’m not being a complete hater. I believe Larraín is one of the best directors working today; he’s proven it so far with the excellent The Club, and one of the legitimately best films of the century so far, No. (I’ve also heard fantastic things about the upcoming Neruda.) So going into Jackie with the knowledge that not only Larraín is at the helm, but we’ve Natalie Portman in the starring role and Mica Levi on scoring duties too, expectations were high. And after my screening, those expectations were more or less met – but I knew that somehow, I hadn’t truly connected to the movie the way I had with the other films of his I’ve seen. It felt distant. The general aesthetic of Jackie – shot on grainy 16mm in a boxed-in aspect ratio, giving it the immediacy of television reportage of the era – is spellbinding. And thus it hit me: there are two forms at play in the movie, and they both routinely clash with one another, where the story on paper fails to fully mesh with the story that’s being told cinematically. There is the dreamlike, archaeology-dig tenor of the movie, and then there are the more direct narrative-driven stretches. Instead of following one of these approaches full-heartedly, or making sure that they both intertwine in more determined, deliberate ways, Larraín allows Jackie to slip somewhat into the tonally strained grey between. 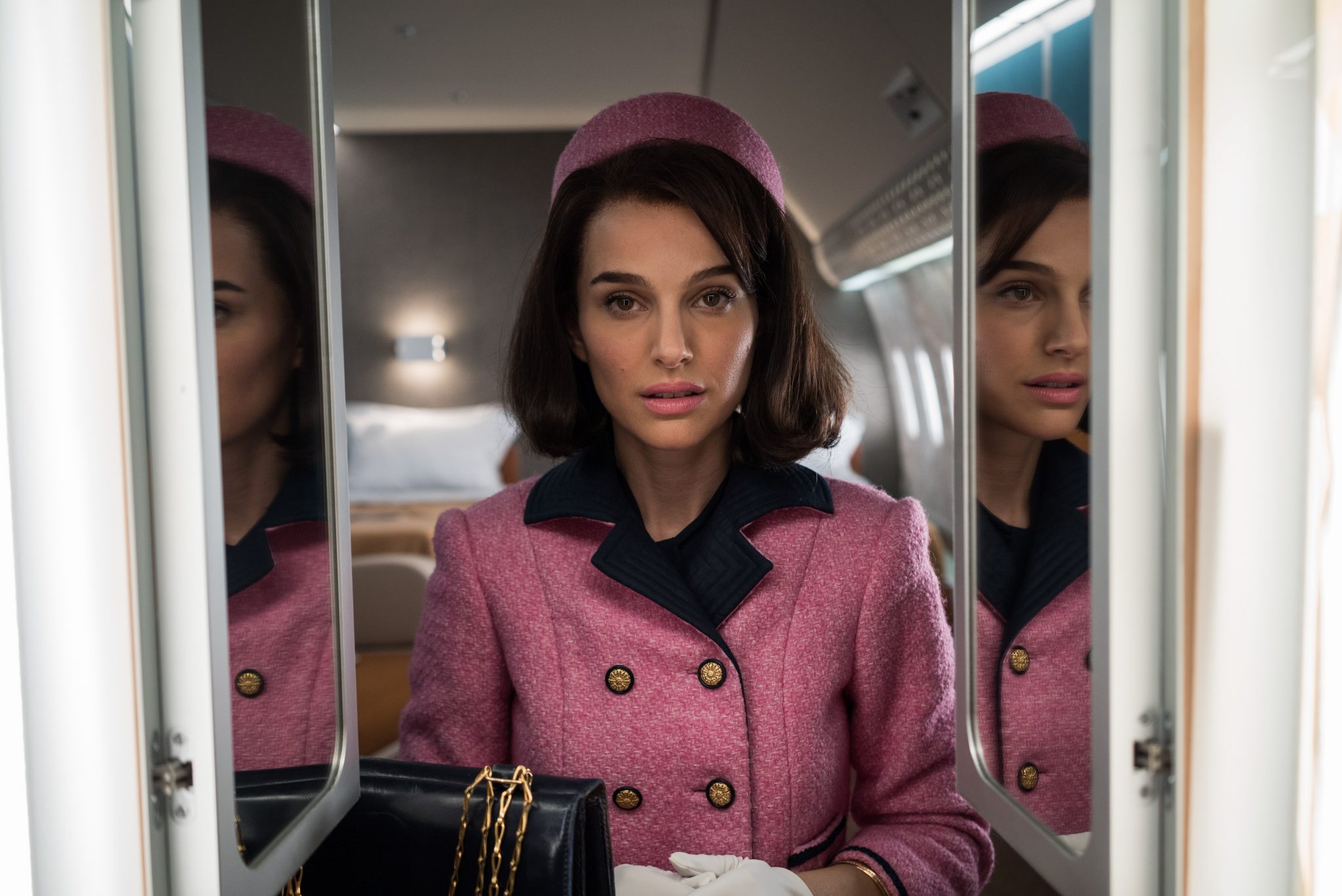 The problem is that Larraín manufactures conflict and tension when there doesn’t need to be any. Worst of all, it’s temporary conflict, something that is supposed to work in the moment to pull you in, yet doesn’t feed into any overarching design. Take Peter Sarsgaard’s Robert Kennedy; the character, while well-formed by both actor and our collective knowledge of American history, serves as little else as an object of conflict for Portman’s Jackie Kennedy. Let’s compare two instances where the two approaches bump up against one another, like two people in an otherwise empty elevator awkwardly rubbing shoulders. Take the first instance – the sequence in which Jackie lands at the airport in Texas, and practises her Spanish in front of the mirror, pulling on that iconic pink Chanel hat and getting into the role of a Kennedy, a public figure loved and watched by millions. The way Portman makes her stroll out through the plane is bewitching, and Larrain’s direction is exquisite: the camera never leaves centre-focus on her face, while Jackie’s eyes never really meets anyone else’s, for the spell she has so thoroughly weaved so that others will perceive her a certain way has worked, to some extent, on herself. It’s a sequence that works brilliantly in allowing us a glimpse into her psychologically, that uses its off-kilter aesthetic to full effect in drawing us into the film’s internal rhythms. The film rapidly builds its own grammar, its own brand of logic by which to tell this particular story – and it works really well, for the most part, in building on that. But then later, we get scenes which sideline this MO and go for something more narratively straight-laced, and less multi-dimensional in terms of tone. This approach isn’t bad, I must say – but it’s an approach that would work beautifully for many other movies. Even this one, perhaps, but it’s Larraín’s erratic veering from one to the next that compromises Jackie. 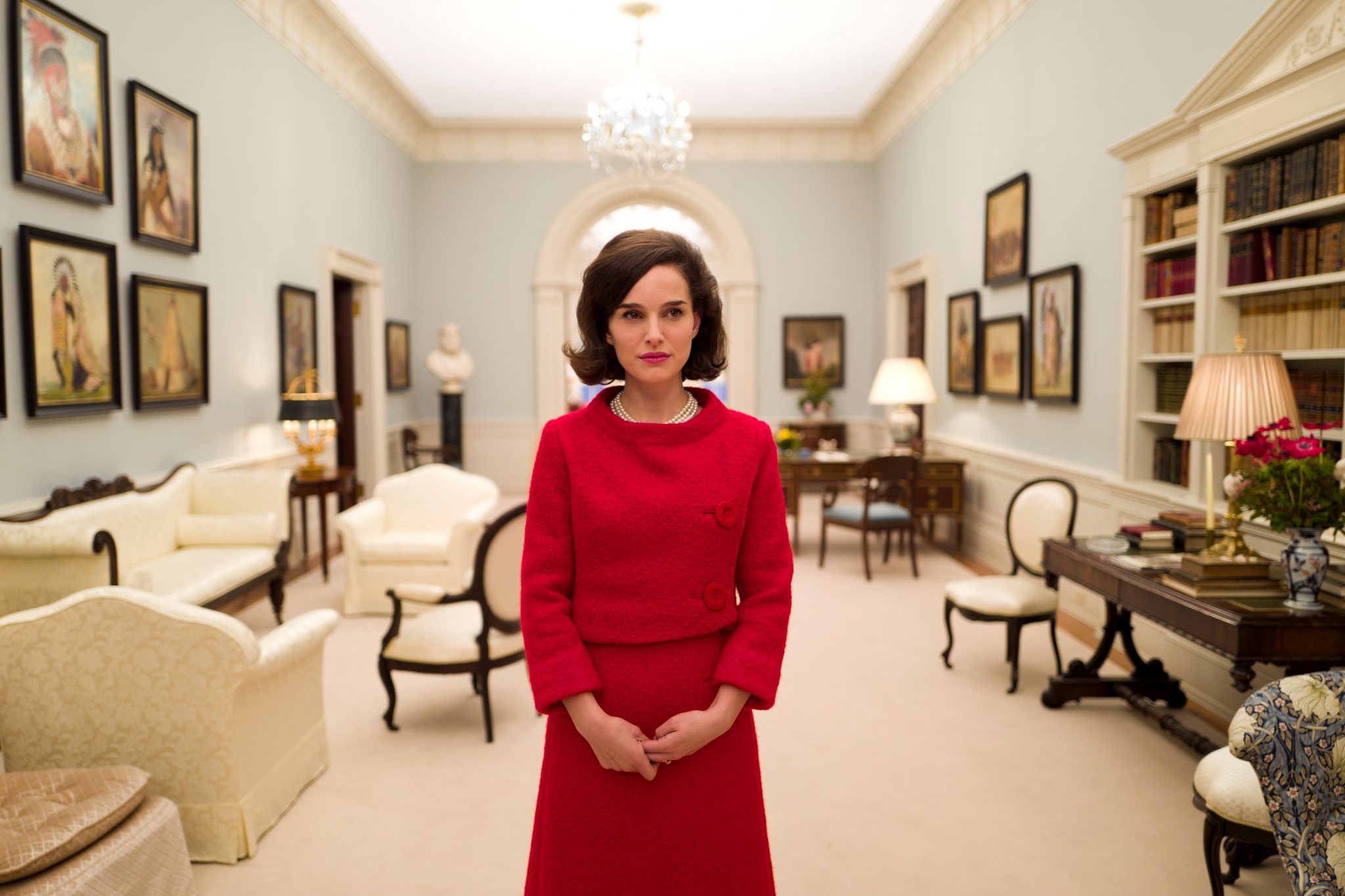 So we come to the second instance – the confrontation between Jackie and Sarsgaard’s RFK in the film’s second half, in which they’re both questioning the other’s motives, coming to a head with Jackie saying that Robert looks ‘ridiculous’. It’s definitely a gripping little scene, for sure, but it’s one that undermines the rest of the more dreamlike, far more internally rich ways the movie has been conveying narrative and character. This scene, despite its great dialogue, simply feels like it belongs in any other Jackie Kennedy biopic but this one. It sounds and feels like Larraín is compromising, if only slightly; either out of a desire to show fidelity to the real-life figure and the arguments that certainly would have arisen during this difficult time, or through believing that his first English-language work would need some more ‘typical’ drama here and there, or perhaps Portman just needed more Oscar-ready clips for the Academy to play later this month. Whatever the reasons, it’s damaging to the film. And there are many more instances, such as when Robert tries to keep Jackie from finding out about Lee Harvey Oswald’s assassination, a cover-up which may have happened in reality but which builds to absolutely nothing in the dramatic framework of this movie. And yet we have haunting sequences like the private funeral the family holds, where one of Jackie and John’s sons wanders over to the casket before his uncle (Robert) tenderly reclaims him. Tell me, which scene tells us more about these characters?

So what is Jackie, really? It’s an intimate portrait of raw grief, of a public figure almost instantly losing their footing in the world. Along with her husband, she doesn’t even have a real home after Oswald’s bullet has done its work. Unlike many biopics, it’s not preoccupied with the influence on pop culture its subject had (though there are clever subtleties alluding to that); it wants to take a brave chance in getting to the bottom of what it was like to go through this experience. But it’s scenes like the one above, and the threading of the same dramatic sensibility through the rest of the movie, that stop it from becoming the masterwork it should have been, and from delivering a far more human insight into such a unique process of loss and grief. As such, we have a great biopic in Jackie, but not a great film – merely a good one. Larraín’s movies typically make certain that the medium is the message, but here, it’s an ethos that gets tangled in the telling.

Jackie is out now in cinemas.