Previous reports suggested that the social media embargo for Justice League would be held off until next week. A few lucky audiences that saw the film advance, however, got to share their thoughts on Twitter.

While most people seem to agree that it’s not in the same league as something like Wonder Woman or The Avengers, the general consensus is that the film is a lot of fun and the ensemble mostly shines, especially Aquaman, Wonder Woman, and the Flash. 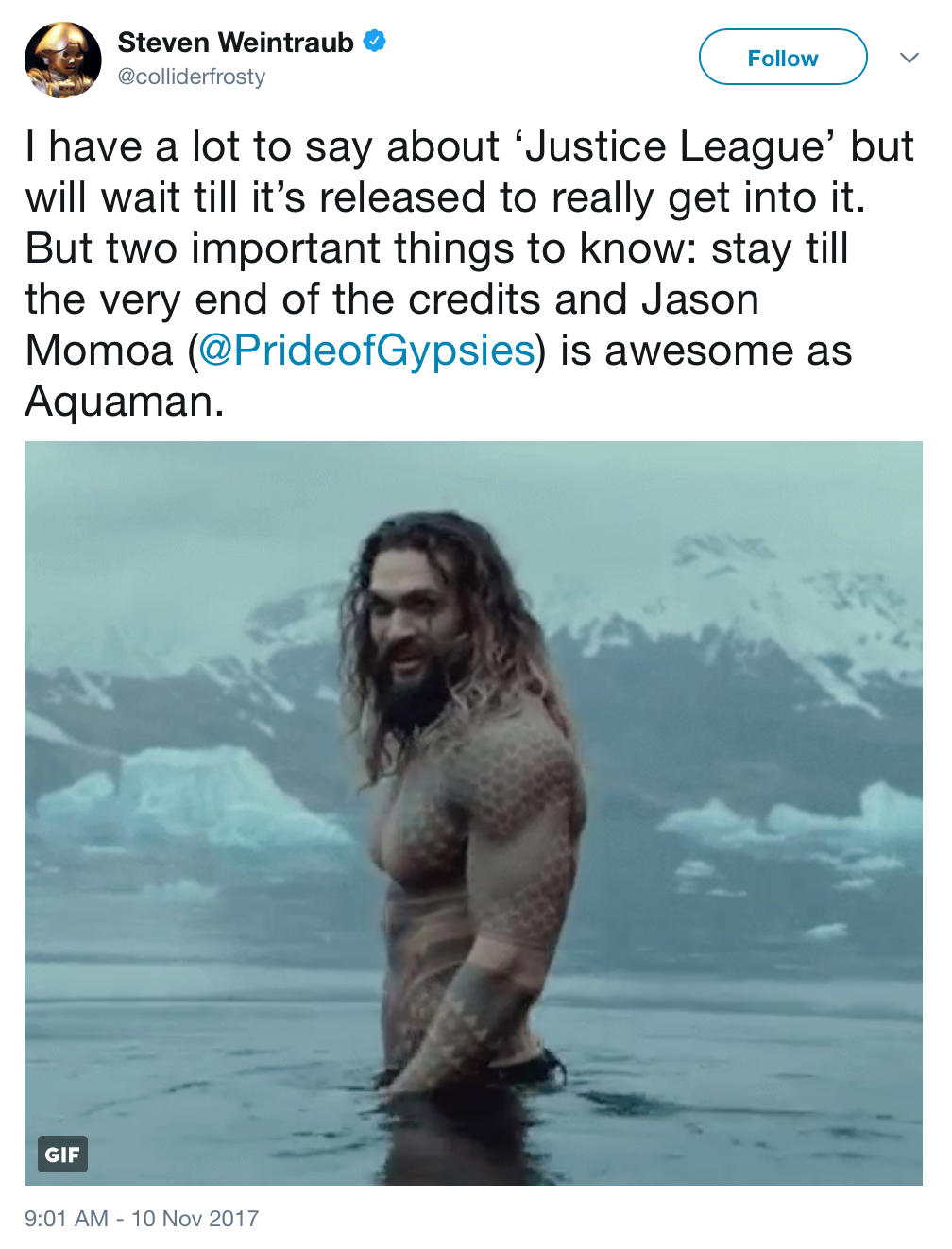 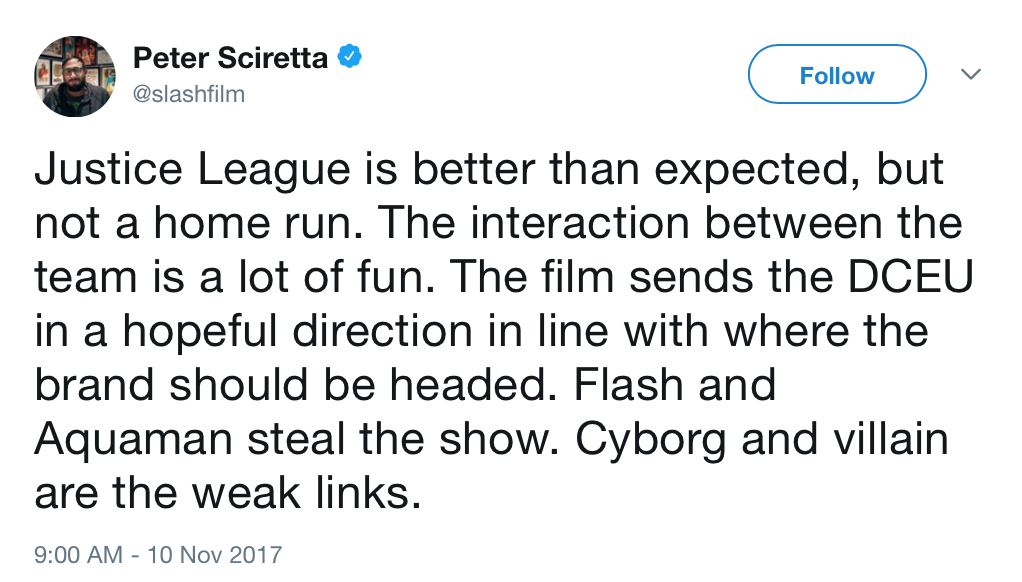 #JusticeLeague is fine. It's more coherent & less idiosyncratic than Batman v Superman (which I loved, so make of that what you will), and tries very hard to lighten up on the gloom & doom of the DC universe. There are jokes and everything!

#JusticeLeague is better than BvS and #SuicideSquad – it's lean, mean & packed w/ superhero action. I dug most of its lighter moments & I think it has one of the best action sequences ever in a DCEU movie. And of course Wonder Woman steals the show. pic.twitter.com/rW3UjpBUMk

I am genuinely happy to report #JusticeLeague is a lot of fun. It's not perfect and has its problems, but does the job of making you care about these characters as a team by its end. It's also VERY funny, in lots of unexpected ways. pic.twitter.com/1AAjYgv16i

While it’s also been stated that the narrative is messy and the villain is a bore, it’s comforting to know that most people appear to think Justice League is better than Batman v Superman. Then again, BvS also received a lot of positive early tweets…