The Terminator franchise is not dead just yet, according to its producer, who has promised a “bright future”.

Recently, it was reported that Terminator 6 had been cancelled with its main man Arnold Schwarzenegger also quitting. However, Terminator Genisys producer, David Ellison, has revealed that the franchise is far from over and has even teased a major announcement coming soon.

“I will say we have resolved the future of the franchise and believe me its an incredibly bright future. I think where it’s going will be the continuation of what the fans really wanted since T2. We have something this year that we will be announcing for the franchise. It’s something we’re incredibly excited about and we think is the direction it needs to head.” he told Collider.

We have something this year that we will be announcing for the franchise, believe me its an incredibly bright future.

Many are convinced that the announcement will be a return for James Cameron, who helmed the first two movies. Ellison’s comments that it will be a “continuation of what the fans really wanted since T2” has got fans dreaming of a Cameron return.

There were reports in January that he would “godfather” the latest sequel, but could the announcement see him take on an even bigger role, such as writer/director? A producing role seems more likely though, with the Titanic director focused on the upcoming Avatar films. 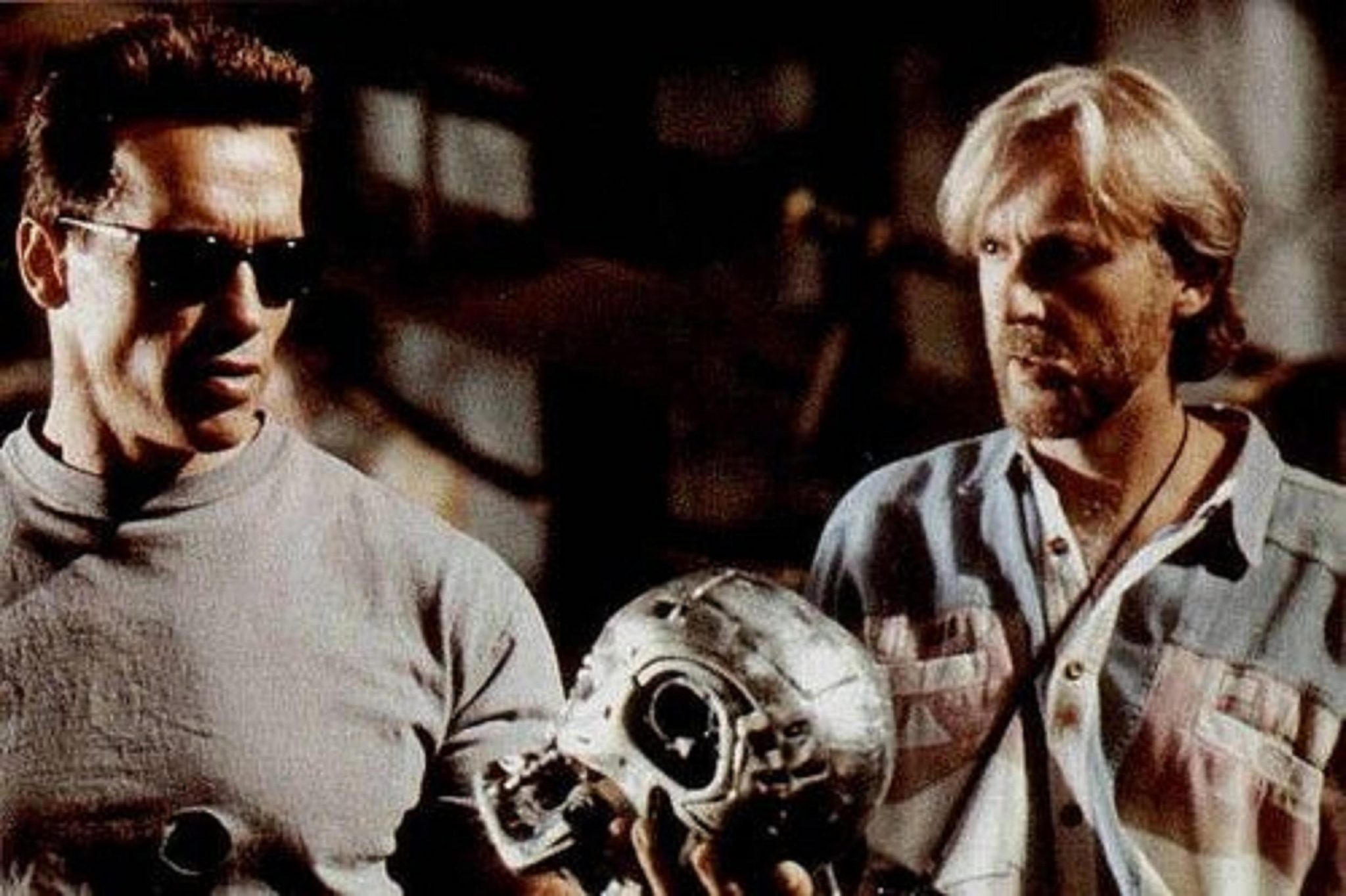 Cameron with Arnie on set of Terminator

Schwarzenegger is still yet to clarify his future, but after Terminator Genisys performed poorly at the box office, he may be reluctant to return.