Deadpool star T.J. Miller is known for his sarcastic humor but his recent tweets, following criticism of his latest movie The Emoji Movie, have worried fans. Miller was responding to negative messages on Twitter about Sony’s emoji animation, which has had awful reviews.

He posted numerous tweets defending himself and the film, before some extreme words were said as he wrote:

“I did Emoji Movie not to make you laugh but because I am a piece of shit asshole who will commit suicide. May you all tomorrow feel better and be rid of me.”

The tweets have since been deleted but were screen grabbed by many, see them below: 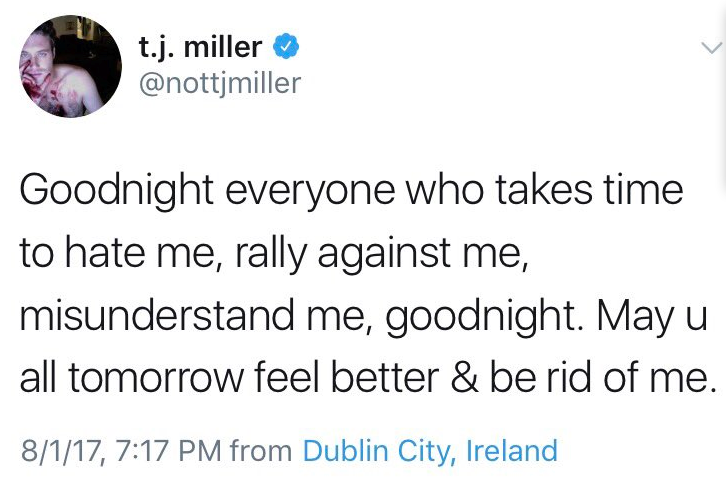 Thankfully it seems that Miller was joking as he later posted:

His comments still have many worried though, as even with Miller’s wild sense of humor, the tweets did seem rather extreme. Next up for the 36 year old is a welcome return to Deadpool for its sequel.