UPDATE: Stallone’s role has officially been confirmed, and as we thought, he’ll be playing Starhawk. The confirmation comes from the film’s official production notes, which give us more info about his character:

“Stakar (Stallone) had banished Yondu many years earlier for doing something wrong and he finally sees him almost twenty years later at this particular establishment called the Iron Lotus where all of the Ravagers go to blow off some steam. And then we have a confrontation which is pretty intense and it’s kind of a father/son type of thing and now he’s going to have to pay the piper. His karma has come back ten-fold.”

Guardians of the Galaxy Vol. 2 may not be far from release but we still don’t know who Sylvester Stallone is playing. Well that’s until now, as his role has reportedly been leaked.

The Italian press release for the film has found its way online and reveals Stallone’s character. The document says that the Rocky star will play ‘Stakar’ full name – Stakar Ogord, better known as the superhero Starhawk.

Starhawk was part of the original Guardians of the Galaxy, with the ability to predict the future. More recently, he served as an ally to the present-day Guardians. 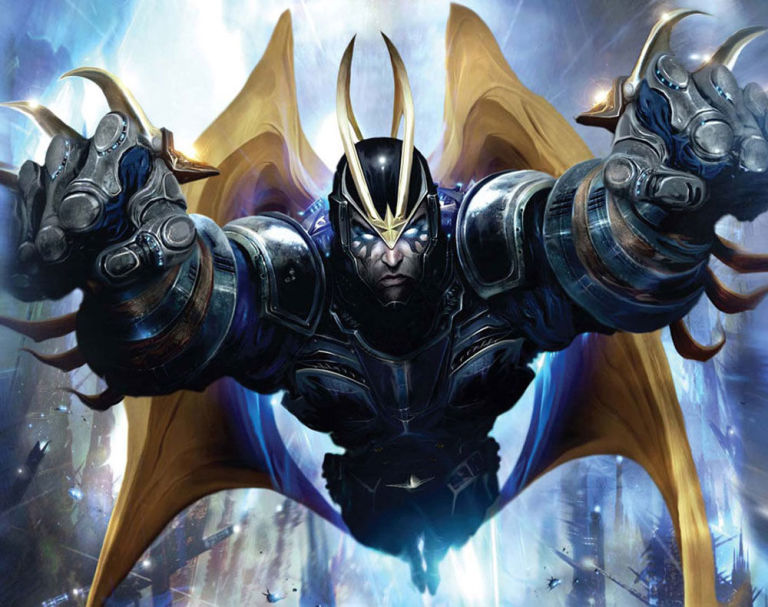 Starhawk from the Marvel comics.

Guardians of the Galaxy Vol. 2 hits theaters on May 5th.