John Ramirez, who works as a ride designer for Disney, has imagined an attraction based on Studio Ghibli’s Castle in the Sky.

Initially released in 1986, this Japanese animated adventure is often cited as one of director Hayao Miyazaki’s finest films. An English dub of Castle in the Sky was recorded by Disney in 1998, featuring the voice talents of Anna Paquin and James Van Der Beek. The film follows two young children as they set out to find Laputa, a mysterious city floating in the sky.

Kotaku has posted Ramirez’s design for the flying ride, which you can see below: 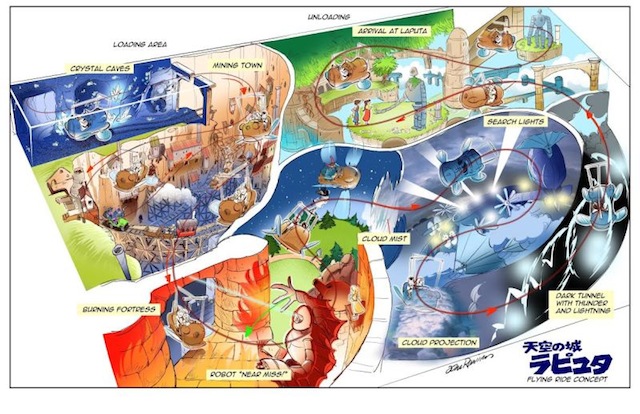 Castle in the Sky Ride

In addition to Castle in the Sky, Ramirez has additionally designed a ride based on Studio Ghibli’s My Neighbor Totoro, which centers on two young girls and their adventures with forest spirits. Check out the concept art below: 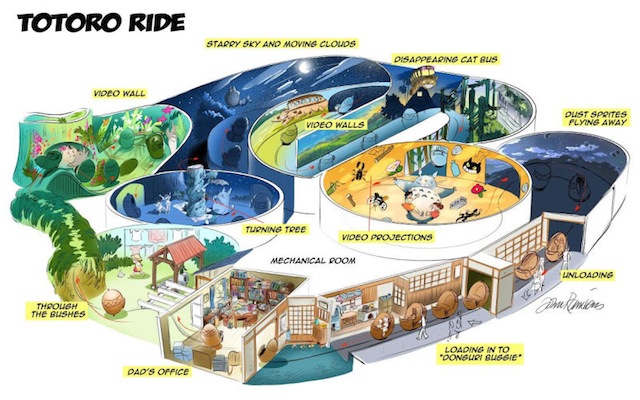 It’s unknown if either of these rides will actually go into production, especially since Disney is so busy constructing Star Wars attractions. After seeing these designs, however, we’re all keeping our fingers crossed for a Studio Ghibli theme park.