Straight Outta Compton became one of 2015’s biggest surprise hits, depicting N.W.A.’s rise to fame and the group’s influence on Hip Hop culture. The film’s director’s cut will be released on DVD and Blu-ray on January 11, 2016. If you can’t wait that long, the film’s digital HD release is December 28, 2015. 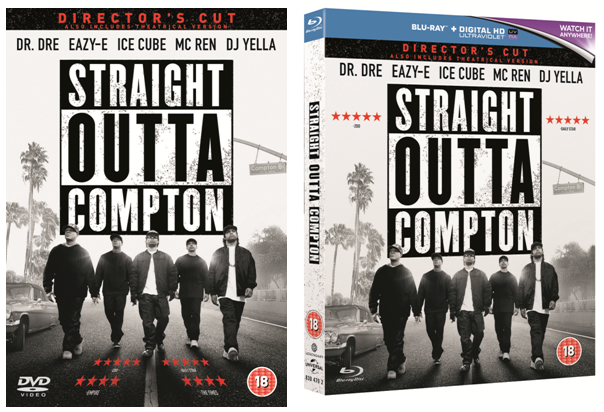 The Straight Outta Compton Blu-ray will come compete with several exclusive bonus features, including commentary by director/producer F. Gary, Gray, deleted scenes, and a never before seen performance. It will also include stand up interviews, a featurette on filming in Compton, and a behind the scenes look at an N.W.A. performance in Detroit.

The Blue-Ray and DVD will additionally feature an in-depth look at casting, the origins of N.W.A., and the impact of N.W.A. Straight Outta Compton is one of the year’s best films so be sure to check it out if you haven’t already.