Flickreel recently had the opportunity to take part in a roundtable interview with the cast and crew of Step, a charming documentary about a Baltimore high school dance team on their road to college and a state championship. 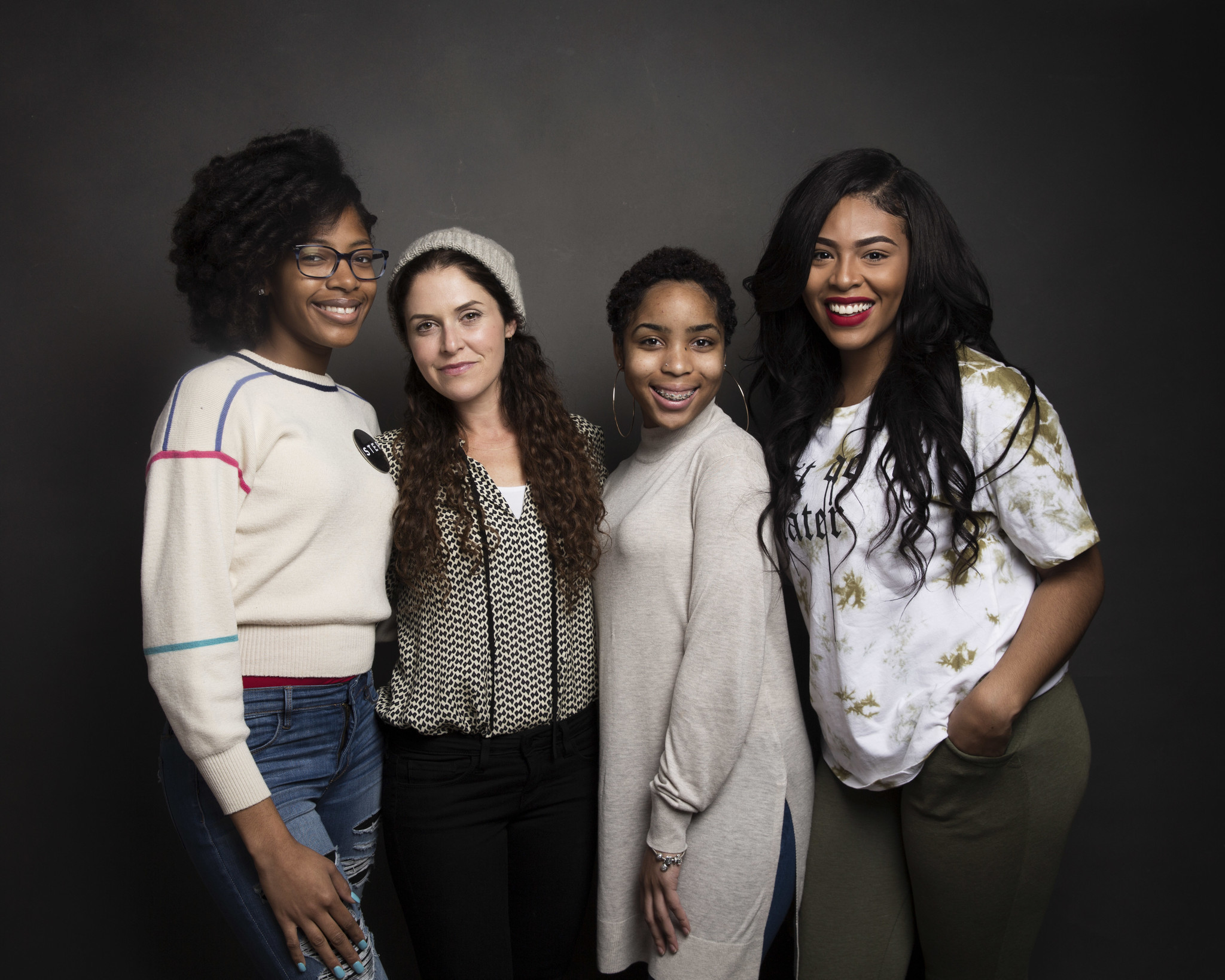 Q: Amanda, your movie is 83 minutes long, but how much footage did you shoot overall? Was there anything in particular you wish you had kept in?

Amanda Lipitz: I had over 400 hours of footage. I started filming them stepping just in the 9th grade to learn how to shoot stepping, which was hard to film. So I have over 400 hours, but only senior year is in the movie. There are some sound bites from other interviews in the 10th grade.

Cori visited a college with her dad. It was a really beautiful scene that didn’t make the film that was on the DVD extras. I would say some of the performances were so incredible, but didn’t make it. Coach G actually got a job at the school in the middle of the year. We had this whole storyline where she was working three other jobs, and then she got one job being the step coach.

Q: Coach G, given your step background, what did you want to bring into your role as coach?

Gari McIntyre: The most important thing to me was for them to step with a purpose. Things that resonate with them, things that really resonated with me – woman empowerment, black girl magic, black lives matter – those are the things I really follow and I really love. I really thought it was important for them to be apart of their message. When they understood the message and step, they learn harder, they perform better. When they step for purpose they are phenomenal. 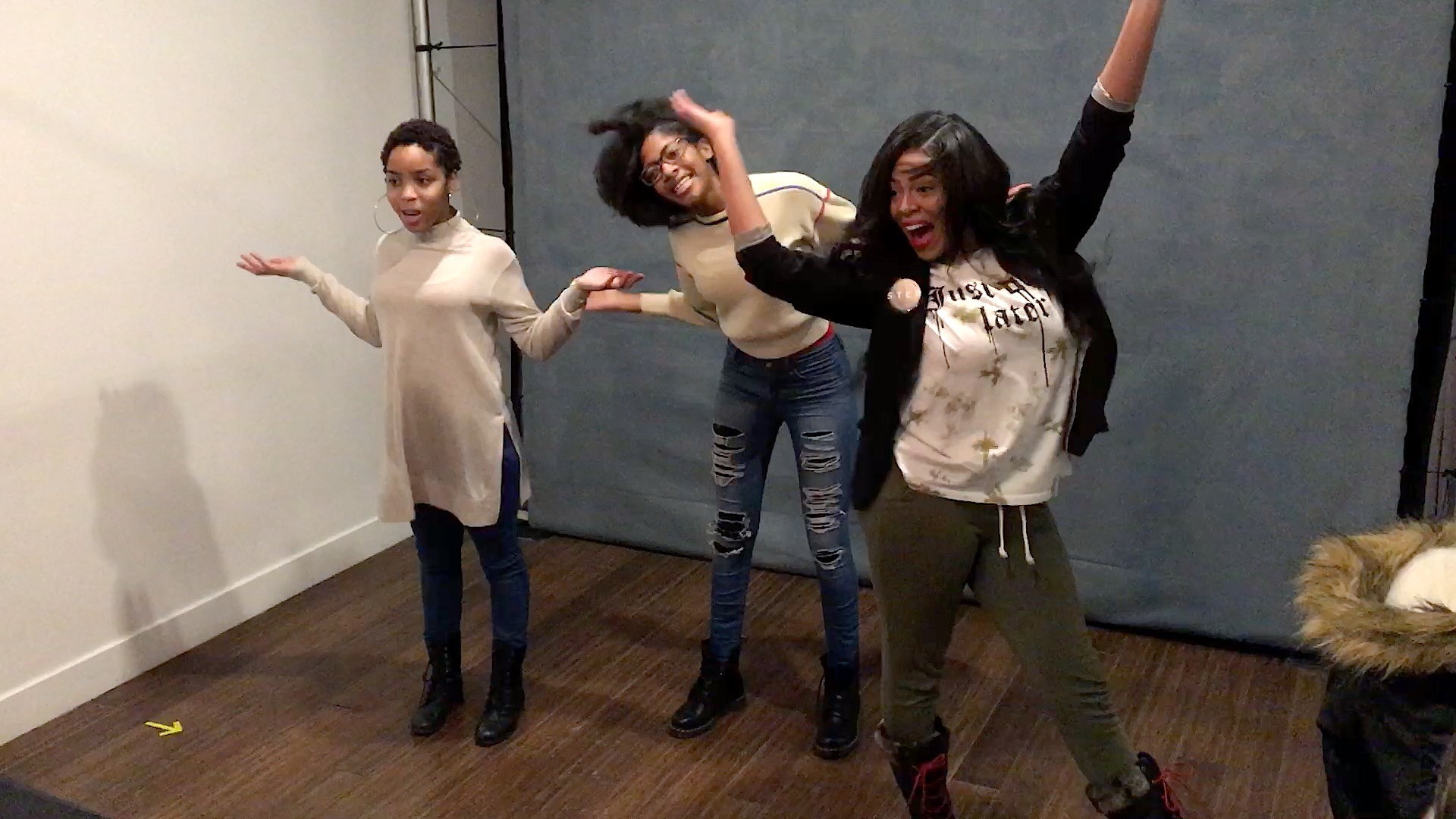 Q: This question is for the three girls: what have you been doing since graduation, besides this media tour?

Cori Grainger: Going to school. We all just finished our first year at our respective universities. I’m studying computer science and international studies with a minor in Spanish.

Blessin Giraldo: For me, I just finished my first year at my Bride EDU program and I’m looking forward to transferring into either Coppin State University or the University of Baltimore. For me, my major is business marketing with a double minor in graphic design and communications… But my passion will always lie with the arts.

Q: Did the educators have any apprehension about letting a film crew follow their students around?

Paula Dofat: We wanted to make sure that the integrity of our jobs and how we do our jobs was maintained.

I’m the realist. I’m the one who will hold their feet to the fire because I love the environment that I’m in and it balances because Coach will deal with the social and emotional pieces. Coach is tough, but I’m the one that’s there to tell them, “Check this out. At some point nobody’s going to give a doggone about you. So you better care. So have your stuff together. Know what you’re doing. Know how you’re getting there. Because this warm, fuzzy thing we have going on here, this is a great foundation and you need to take it with you, but at the same time know that every place you go is not going to be like that. So let’s get it together.” 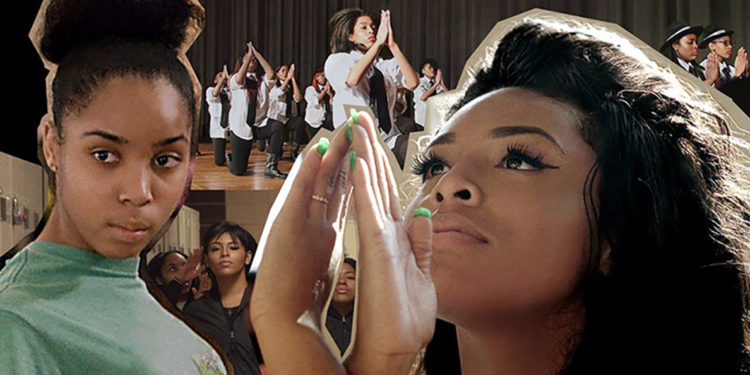 Q: Even though the girls had so many odds against them, they still persevered. What knowledge would you share with the next generation?

Cori Grainger: A lot of times it seems like things are impossible to do and honestly not everything is going to be easy. Everybody is going to go through some type of struggle.

If you can really find the right support system, the people who want to, and have the resources to help you out and get you where you need to be, then you can accomplish any goal you want.

Blessin Giraldo: For me, it would be to not to be afraid to tell your story because you never know what resources you’re overlooking. Being a young adult, you never know what to expect the next day because we go through so many different changes. That’s why our adolescent years are so important.

Never cut yourself short. If you believe that you can do something. If you have a goal or if you have an expectation for yourself, no matter where you come from, keep that goal. Keep that confidence and work hard.

Tayla Solomon: Take criticism. A lot of people don’t necessarily know how to take criticism and it’s not always bad criticism. People actually see us, and want to mold us into the people we need to be.