Lego Movie directors Phil Lord and Chris Miller are at the helm for the Han Solo film and Edwards, who had great success with Rogue One, admires the directing duo for having “the balls” to take on the “challenge”:

“It’ll be a completely different film to what we did. I think they’ve got the hardest task, I think, out of all the films that I heard about that one is probably the greatest challenge. They’re gonna knock it out of the park, but I wouldn’t have had the balls to do that.” Edwards said at the Empire awards.

Edwards also revealed that he has had an early “glimpse” at the film and is seriously impressed:

“They’ve [directors Lord and Miller] got really good taste. You glimpse things – you try not to – as you’re going about your business, but you see stuff. And everything I saw, I got really jealous about it.”

They’re gonna knock it out of the park. Everything I saw, I got really jealous about. 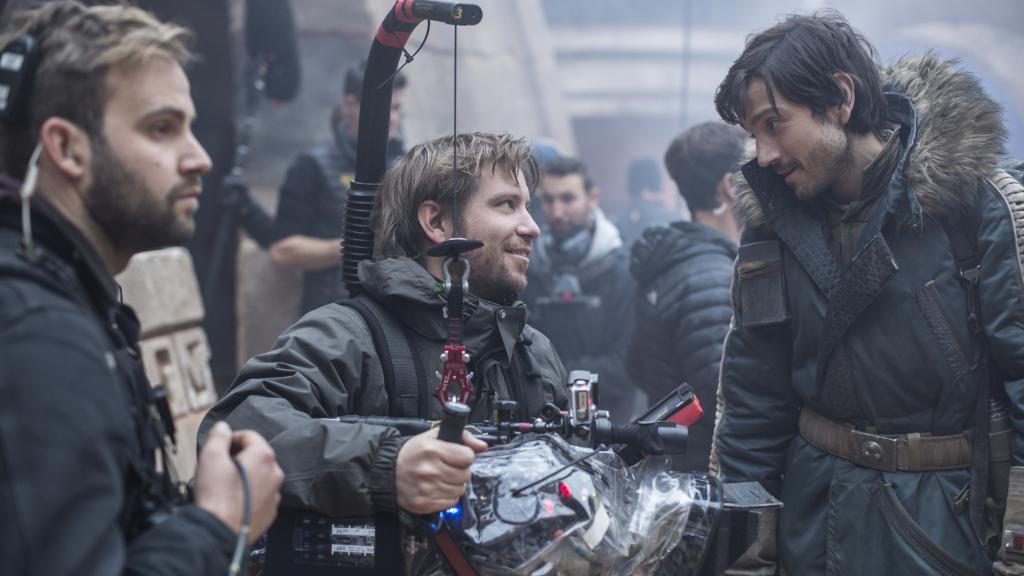 Edwards on the set of Rogue One.

The currently untitled Han Solo movie stars Alden Ehrenreich, Donald Glover, Emilia Clarke and Woody Harrelson, and is set for a release on May 25, 2018.