We already know that Ewan McGregor wants to return to the Star Wars galaxy and reprise his role as Obi-Wan Kenobi, and now fellow former Star Wars actor Joel Edgerton has revealed his desire to return, but in a possible new role.

With the success of Rogue One and the upcoming Han Solo film in the works, the future looks strong for the spinoffs, with Lucasfilm planning more in the franchise. Edgerton already has Star Wars history, having briefly portrayed the younger version of Uncle Owen in the prequels, Attack of the Clones and Revenge of the Sith. And now he’s told Business Insider that he’s keen to make a comeback:

“I like the idea that Uncle Owen is one of those guys who has done some super cool s*** but has just never bragged about it. My idea is that he could go out and have some adventure and then he comes back and slips back into that unassuming moisture farmer role. Everyone talks about Obi-Wan being super cool, Owen secretly knows that he was there, and he did some of the cool s***, too.” he said. 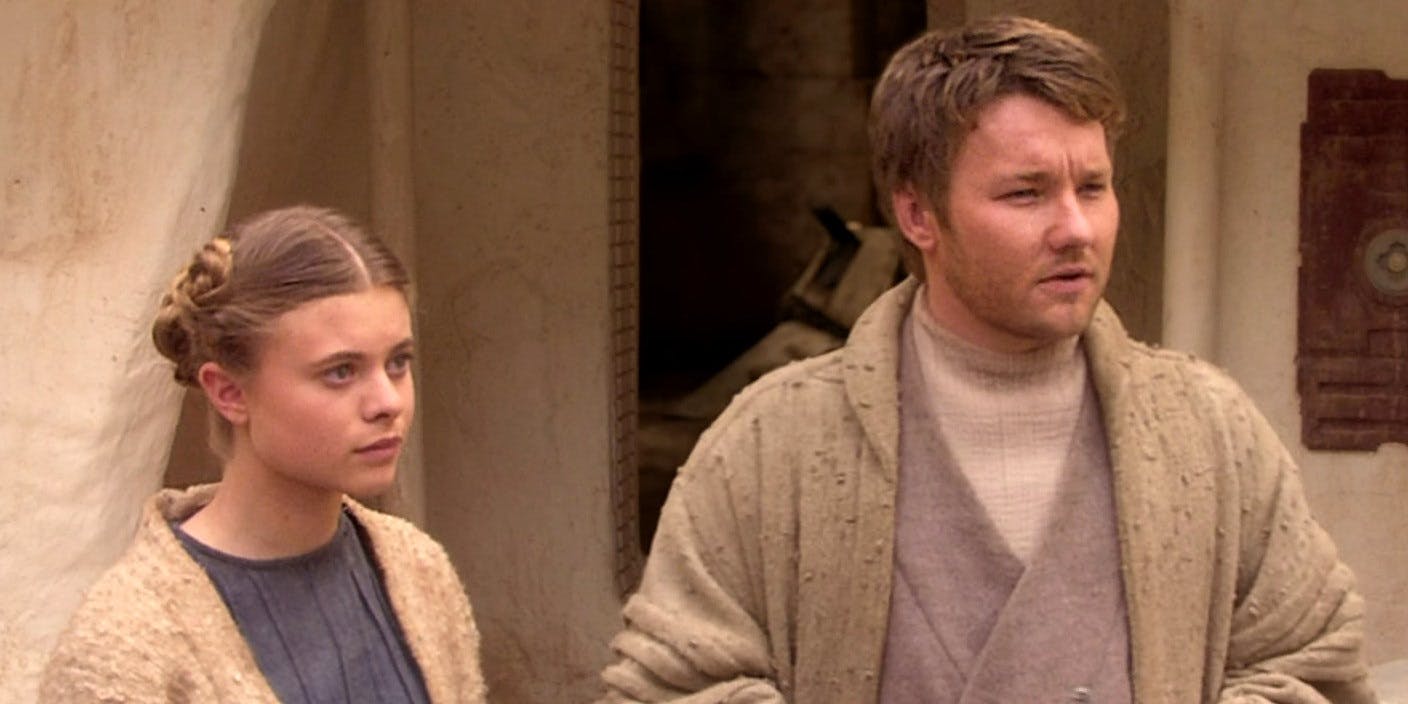 Edgerton as Uncle Owen in the prequels.

He’s also keen on playing a more prominent character, as he recalls telling Star Wars: Episode IX director Colin Trevorrow, that he’d be up for the part of Boba Fett:

“I saw Colin yesterday, I was like, ‘Dude. “Star Wars.” Me.’ And he’s like, ‘You have already been in the “Star Wars” world,’ and I was like, ‘Yeah, I could be someone else. My pitch to all of them is there’s definitely some Owen possibilities, but also, I was only in the movie for a pinch of time. How about I play someone else? I can do Boba Fett. I’ll just never take off the mask.”

How about I play someone else? I can do Boba Fett. I’ll just never take off the mask.

Boba Fett is considered to be the next favorite for a spinoff but would Edgerton fit the role? The Australian actor is currently promoting horror film, It Comes at Night, which is out today.