With Spider-Man: Homecoming now not too far from release, marketing for the movie is in full swing and one piece of advertising in particular has caught the attention of many.

A billboard in the US was spotted promoting the film in an amazingly awesome way, by recreating one of the movie’s most iconic moments. See the billboard below via Instagram:

It mimics the scene in Homecoming where Spider-Man attempts to hold a boat together with his webs: 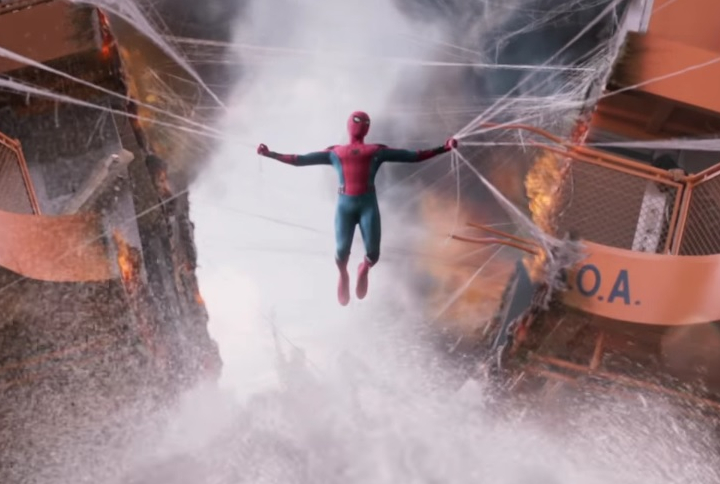 Meanwhile in other related news, titular star Tom Holland has revealed that two additional Spidey films are in the works:

“There is still a lot of room for Peter Parker and Spider-Man especially to grow in the next two movies. I really look forward to exploring the different ways he can grow up and go through puberty I guess. It’s going to be an exciting couple of movies… Yeah, there’ll be ‘Spider-Man’ 2 and 3. It won’t be ‘Homecoming’ 2 and 3.” he told French outlet AlloCiné.

“There is still a lot of room for Spider-Man to grow in the next two movies. It won’t be ‘Homecoming’ 2 and 3.”

Spider-Man: Homecoming or should we say “Spidman Homing” based on the billboard, swings into theaters on July 7th.