The stark point of view swapping between the fearful, yet strong Kate Macer — Emily Blunt plays her like a slightly more vulnerable, fresh faced Jessica Chastain in Zero Dark Thirty — to Alejandro, makes for an exciting, elusive thrill. And when the two characters trade bullets or shards of wisdom, it’s clear Macer, like the audience, was not quite ready to step down this path. We experience her emotional spikes and transformation from dedicated FBI agent to helpless idealist. 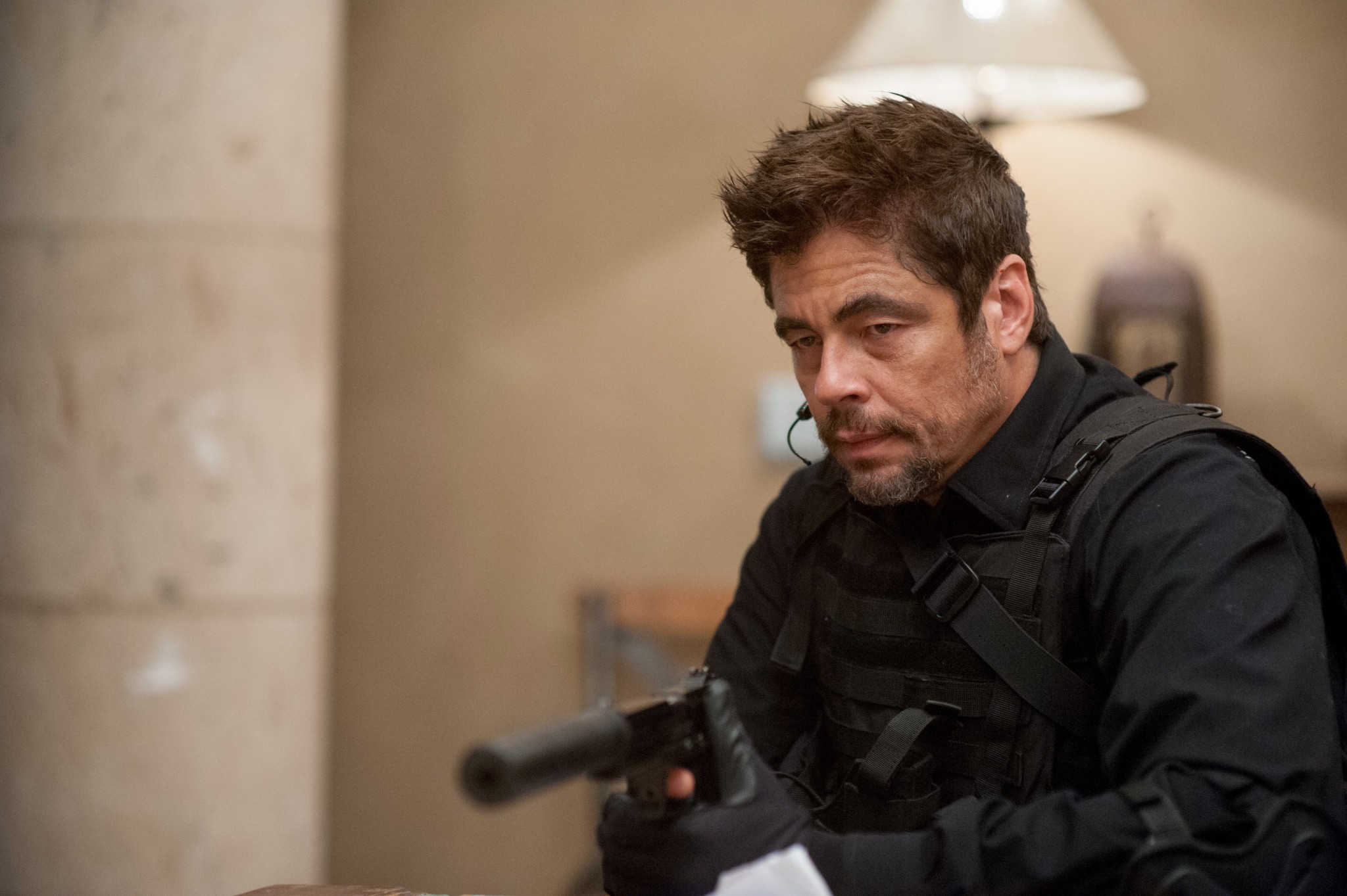 Roger Deakins frames the film with superb focus and subtlety, unlike countless thrillers that rely on fast-paced, jarring camera movements and pounding music to force a sense of tension. Deakins and Villeneuve craft their scenes with haunting stillness. You can’t help but squirm at stagnant close-ups of hacked up Cartel victims, or look in awe as a team of shooters travel down a hill toward certain danger; their movements lined up with the desolate, mountainous skyline, nailing in the fact that they’re stepping into the darkness of a never-ending, corrupt drug war. Nighttime combat scenes, complete with thermal vision and close quarters knife kills, also harken back to Zero Dark Thirty.

The ever-present tinge of dread leaves an awful taste and a real world revelation that the subject of this controlled, stylish picture is true to life. This makes Sicario an important work of art, for both film and a grisly snapshot into the maze of drug-related multinational crime.

Del Toro is already winning awards for his portrayal of a prosecutor turned perfect assassin — both a CFAC and Hollywood Film Award for Best Supporting Actor. From the moment he’s introduced, it’s clear Del Toro is the sharp edge involved: the unpredictable, unafraid product of engineered weapons mastery and hard-boiled emotion. The actor hasn’t been this cool since 2000’s criminally underrated, The Way of the Gun. Sicario has received a PGA nomination and Writers Guild Award for Taylor Sheridan’s original screenplay, lending it more momentum as we barrel towards the 88th Academy Awards.

Villeneuve and Deakins are teaming up again for the untitled Blade Runner sequel currently in development. If they lend the same eye for gorgeous visuals and moving sound, filtered with a similar mood and atmosphere, it’ll be sure to please fans of the classic dystopian Sci-Fi, which reached iconic status through Ridley Scott’s own unique, shadowy vision.