If there’s one category that the Oscars seem to mess up on a yearly basis, it’s Best Original Song. To be fair, the Academy has awarded several classic songs that have truly stood the test of time, such as Over the Rainbow from The Wizard of Oz, When You Wish Upon a Star from Pinocchio, and My Heart Will Go On from Titanic. Occasionally, the Academy has even managed to step out of their comfort zone and recognize an unconventional winner, such as Lose Yourself from 8 Mile. Over the years, though, Oscar voters have proven that they’re completely out of touch with music. 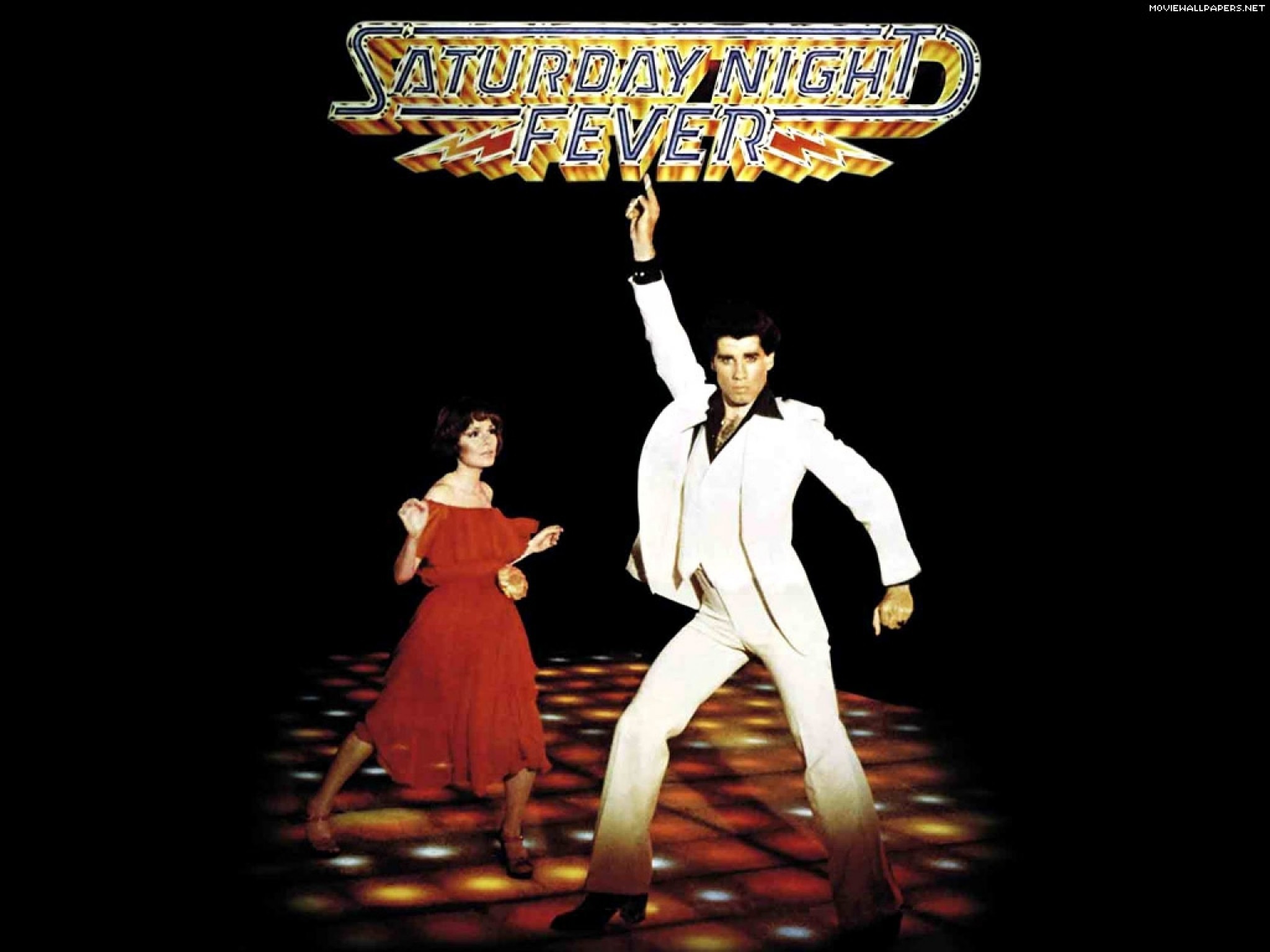 The Academy has overlooked countless perennial songs, such as Don’t You Forget About Me from The Breakfast Club, Someday My Prince Will Come from Snow White and the Seven Dwarfs, Springtime for Hitler from The Producers, Have Yourself A Merry Little Christmas from Meet Me in St. Louis, Pure Imagination from Willy Wonka and the Chocolate Factory, and Fight the Power from Do The Right Thing, just to name a few. Perhaps the most disgraceful omission of all was Stayin’ Alive from 1977’s Saturday Night Fever. Not a single song by the Bee Gees was even nominated! Whether you love or hate Disco, everyone can agree that Stayin’ Alive is one of the most iconic songs ever written specifically for film. Nobody is humming the title song from You Light Up My Life, which ultimately won that year.

What about the Beatles? They were arguably the greatest musical artists that ever lived and a few of their immortal songs debuted in movies. Yet, the Academy didn’t recognize A Hard Day’s Night from the 1964 film of the same name. At least the Beatles won an Oscar a couple years later for composing the score form 1970’s Let it Be. Still, it’s almost blasphemous that they were never once nominated in the Best Original Song category. 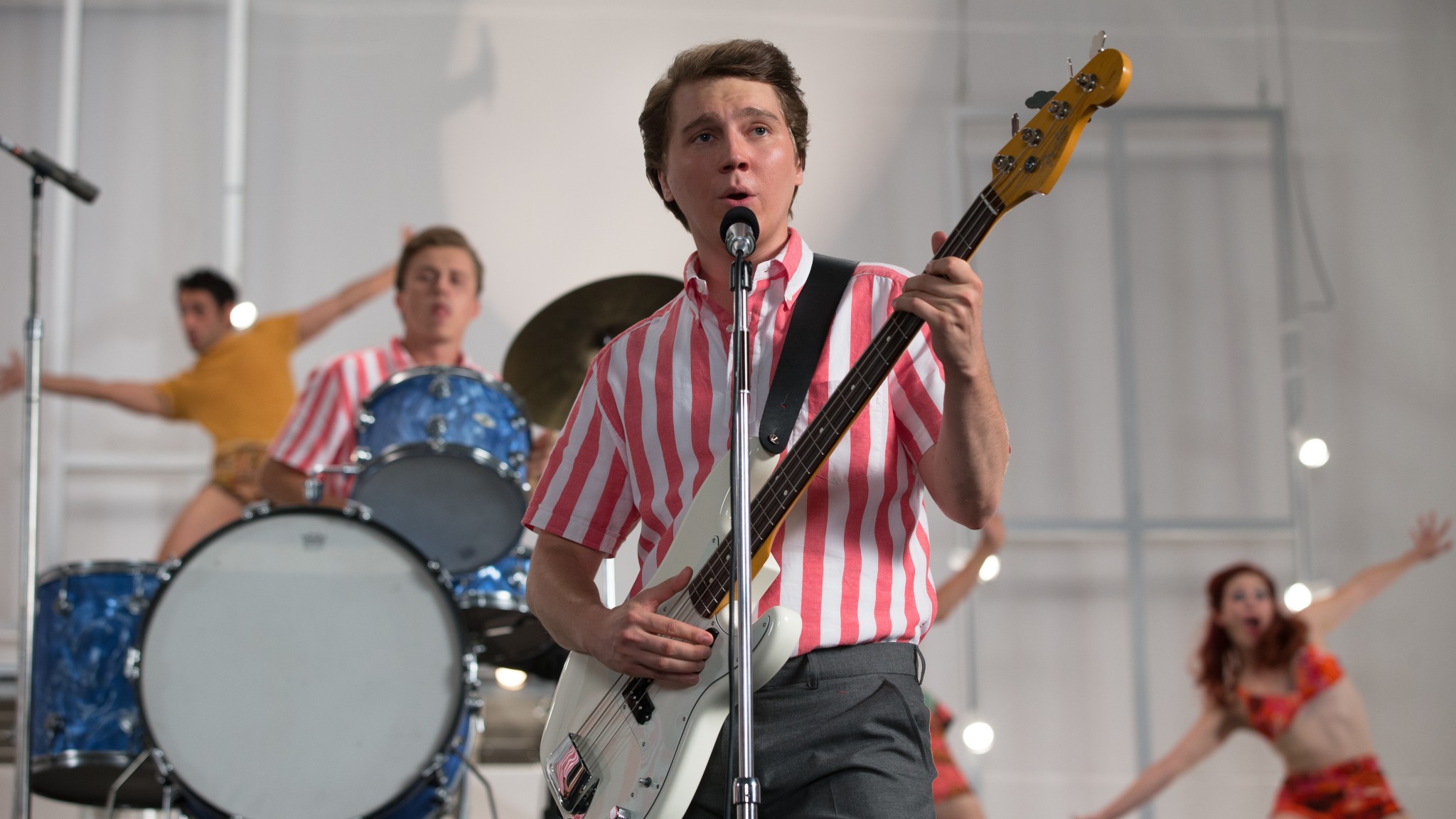 No love or mercy for Brian Wilson

It also doesn’t help that the Academy’s music branch has numerous stupid regulations that have prevented some truly deserving songs from being eligible. Come What May from Moulin Rogue should have won back in 2001, but it couldn’t even enter the race because it was originally written for Baz Luhrmann’s Romeo + Juliet. Last year’s One Kind of Love from Love & Mercy would have been a front-runner if it had made the cut. Since it was the second song to play over the end credits, though, it didn’t meet the Academy’s criteria. This is just one example of how the Best Original Song category has hit an all-time low as of late.

In 2008, everybody thought Bruce Springsteen’s title song from The Wrestler was an unstoppable lock. When the Oscar nominations were announced, however, the Boss was nowhere to be found. This snub might have been acceptable if the music branch had nominated five worthy songs in its place, but they didn’t even nominate five songs that year. Only three songs made the cut: Down to Earth from Wall-E, O…Saya from Slumdog Millionaire, and Jai Ho also from Slumdog Millionaire.

At the time, the Academy had instigated a ridiculous rule that a song had to achieve an average score of 8.25 or more from voters to qualify for nomination. If none of the eligible songs received at least an 8.25, no Best Original Song Oscar would be given out. This rule was beyond unfair to songwriters. After all, the Academy would never limit the Best Picture category to less than five nominees. As a matter of fact, they extended the Best Picture race to ten nominees in 2009. The only reason this rule was likely put into place was so the Oscar telecast would have fewer musical performances, which many have argued slow the show down. 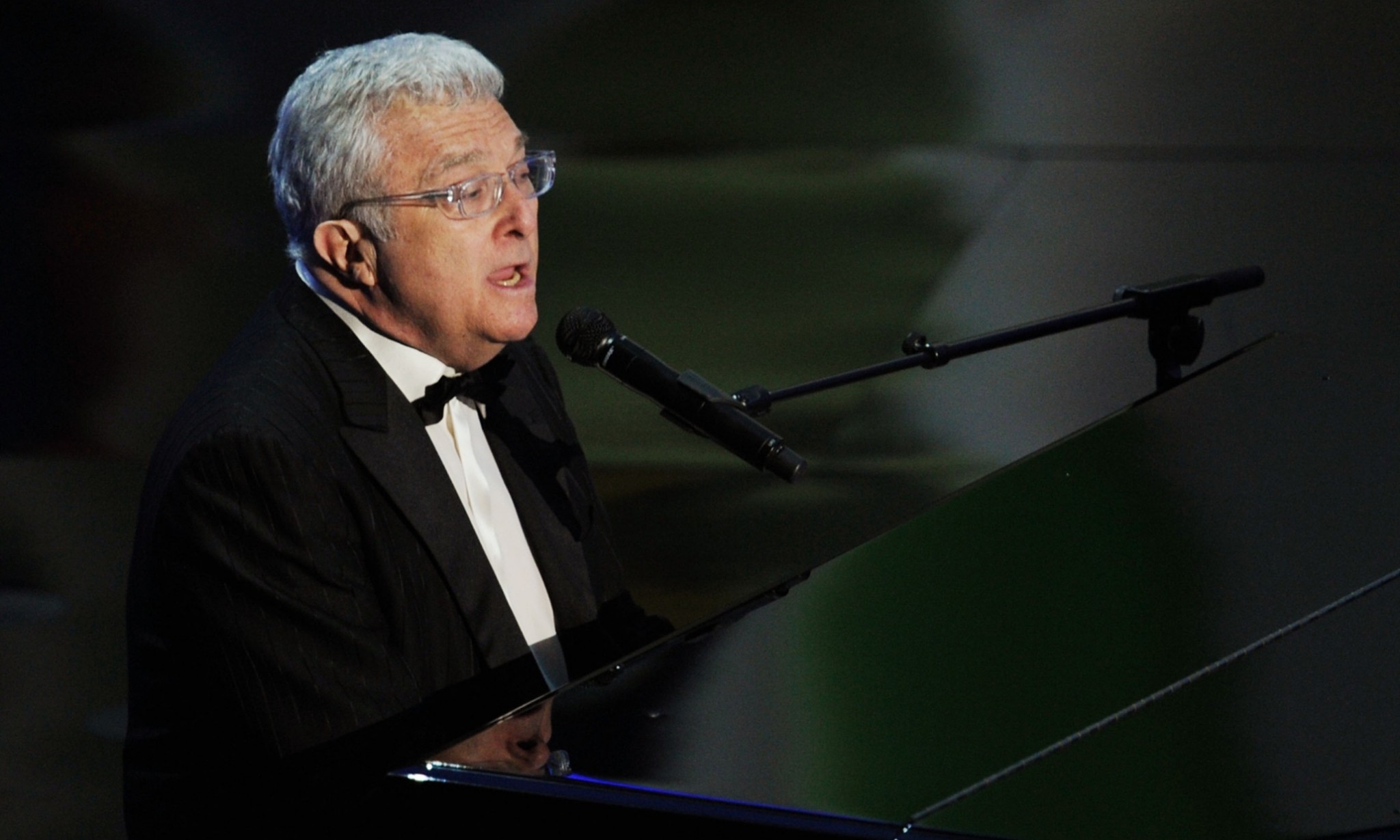 Randy Newman even brought this us in his Oscar acceptance speech for We Belong Together from Toy Story 3. Only four films got into the Best Original Song lineup at the 2010 Oscars, leaving one spot open. “I’ve been on this show any number of times and I’ve slowed it down almost every time,” said Newman. “No wonder they only nominate four songs, what about cinematography. So there’s five. They could find a fifth song from someone.”

The following year, this rule became especially embarrassing when only two songs got nominated. That’s right, only TWO! Among the nominees were Man or Muppet from The Muppets and Real in Rio from Rio. It’s actually possible that only one of these two songs scored an 8.25 and the other one just got thrown in there. What, they seriously couldn’t have filled those three empty spots with Living Proof from The Help, Lay Your Head Down from Albert Nobbs, and a second song from The Muppets? They could have also given Madonna her first ever Oscar nomination for Masterpiece from W.E., but the Queen of Pop seemingly isn’t good enough for them.

After that debacle, the Academy had no choice but to extend the Best Original Song category back to five nominees. Even then, however, the music branch still found a way to screw the pooch. When the 2013 Oscar nominees were announced, Happy from Despicable Me 2, Let it Go from Frozen, The Moon Song from Her, and Ordinary Love from Mandela: Long Walk to Freedom were among the nominees. While all four of those songs were certainly deserving, there was one curious contestant in the bunch: the title number from Alone Yet Not Alone.

Nobody had heard of this movie or this song. How did it get nominated then? Was Alone Yet Not Alone simply such a good song that it triumphed over the competition? Well…no. Actually, the song got nominated because it was co-written by Bruce Broughton, who was an executive committee member of the music branch and a former Academy governor. Broughton had reached out to other members of the music branch to help promote his Oscar submission. Many felt this gave him an “unfair advantage,” including Academy President Cheryl Boone Isaacs. On January 29, 2014, Alone Yet Not Alone was thus stripped of its nomination. 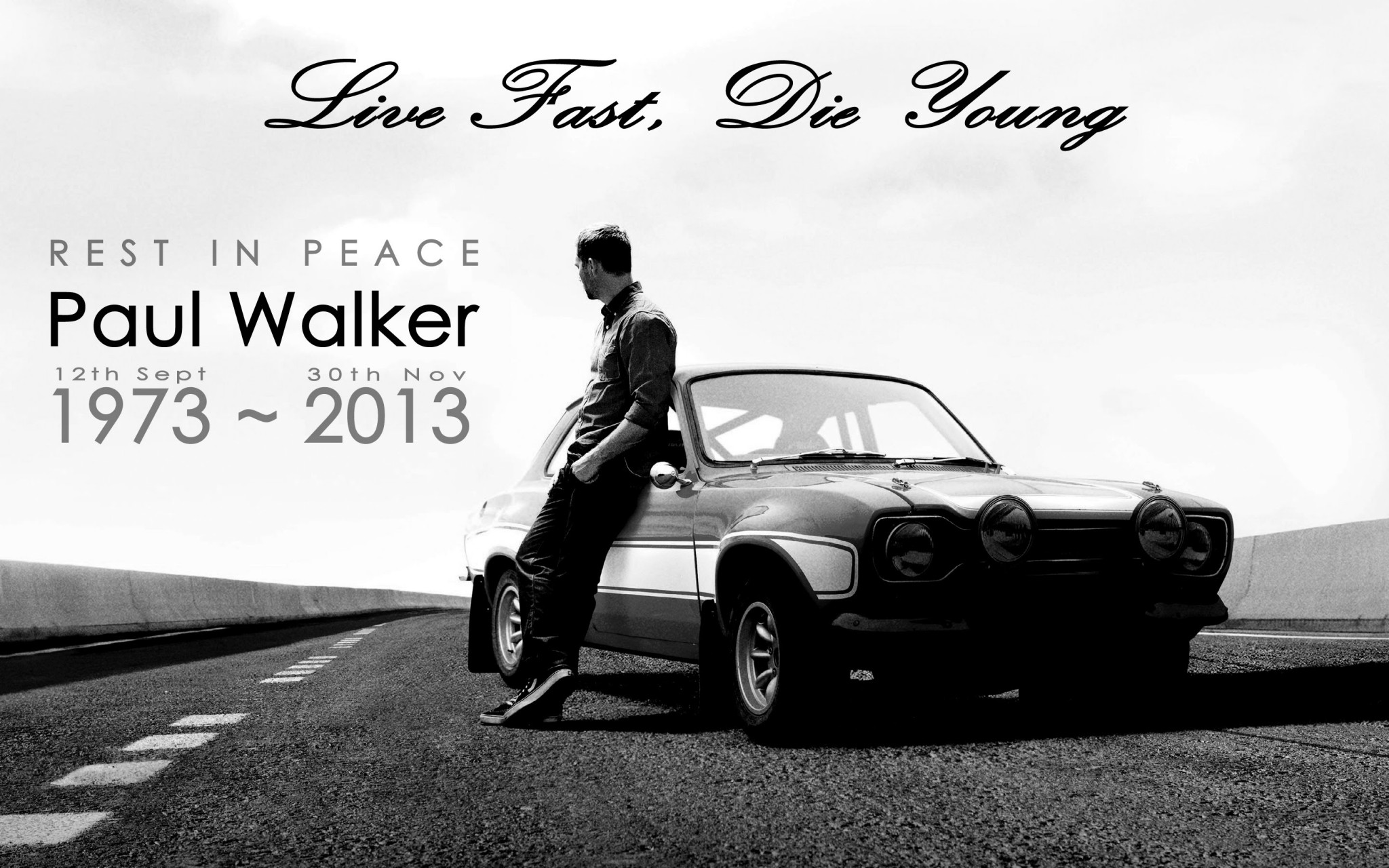 The Best Original Song of 2015, no matter what the Academy says.

The music branch did nominate five songs last year, but it was unfortunately one of the category’s worst lineups ever. For starters, they didn’t nominate the best song of 2015, See You Again from Furious 7. None of the hit songs from the acclaimed The Hunger Games franchise were ever nominated, but the music branch was won over by the mediocre Earned It from the Razzie-winning Fifty Shades of Grey. Manta Ray from Racing Extinction and Simple Song #3 from Youth were apparently so forgettable that they weren’t performed on the Oscar telecast. The only good song on the entire roster was Til It Happens to You from The Hunting Ground, which earned a standing ovation during the ceremony. You’d think that this would’ve made Lady Gaga and Diane Warren’s song the inevitable victor. Instead, the Academy went with Writings on the Wall from Spectre.

Honestly, did anybody out there even think Writings on the Wall was a good song, let alone an Oscar-worthy song? When it first hit the scene, everybody felt it fell short of Adele’s theme from Skyfall, a much better Oscar-winner. Even after Sam Smith shoved the song down our throats for months on end, the response seemed to be lukewarm at best. So why did a majority of the Academy vote for it? Maybe they just lazily checked the song off or maybe they’re still trying to compensate for snubbing the Goldfinger theme over fifty years ago. In any case, it’s clear that everything isn’t awesome with the Best Original Song category.

After the #OscarSoWhite controversy, the Academy promised to make changes to their membership. Hopefully their music branch also undergoes some major changes in the years to come. To begin, they need to drop some of their silly eligibility rules, which have gotten far too strict. What’s more, the music branch could really use some fresh blood that’s more up-to-date with modern music and will put more thought into their selections. Maybe then audiences we’ll actually look forward to seeing musical performances on the Oscar telecast. Until then, the Best Original Song category will sadly remain out of tune.