Familiarity is the selling point for virtually any mainstream movie. For example, audiences are usually more likely to see a film based on popular source material rather than one with an entirely unique concept. Likewise, we’re more likely to see a movie headlined by established stars rather than unknowns. When a film attracts celebrities who are adored by millions, we’re lead to believe that it’ll be worth checking out. After all, why would gifted performers sign on to do a horrible project?

Unfortunately, there are actually countless reasons: they could have been under contract, they could have been mislead by their agents, they could have been offered too much money, etc. In many cases, the studio really doesn’t care if a picture is good or bad anyway. All they care about is whether or not it will be marketable. The screenplay may be horrendous, but people will still go to see the movie if big names are plastered on the poster. At least that’s what studios unwisely assume. 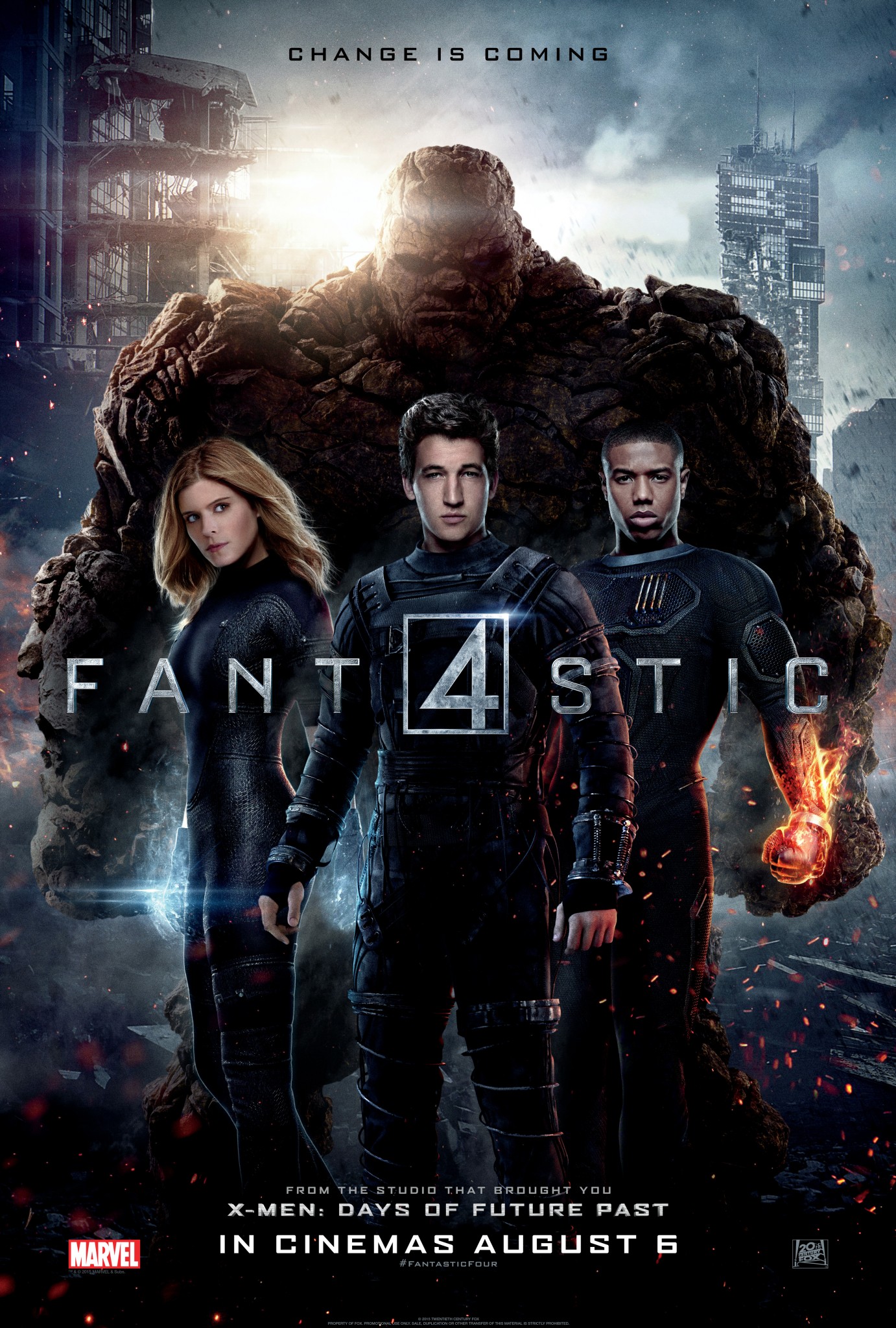 While star power is enough to catch the audience’s attention, sometimes studios rely too heavily on stars to sell a movie. Fantastic Four certainly had a promising ensemble with Miles Teller of Whiplash, Kate Mara of House of Cards, Michael B. Jordan of Fruitvale Station, and Jamie Bell of Billy Elliot. This promising cast of up-and-coming talents couldn’t save the film, though. Their star power wasn’t enough to guarantee that the film would open number one at the box office either. It also didn’t help that there was a good deal of conflict between the film’s director and the studio about some of the casting choices. As a result, nobody seemed to be a very happy camper on set and the project was dead on arrival. 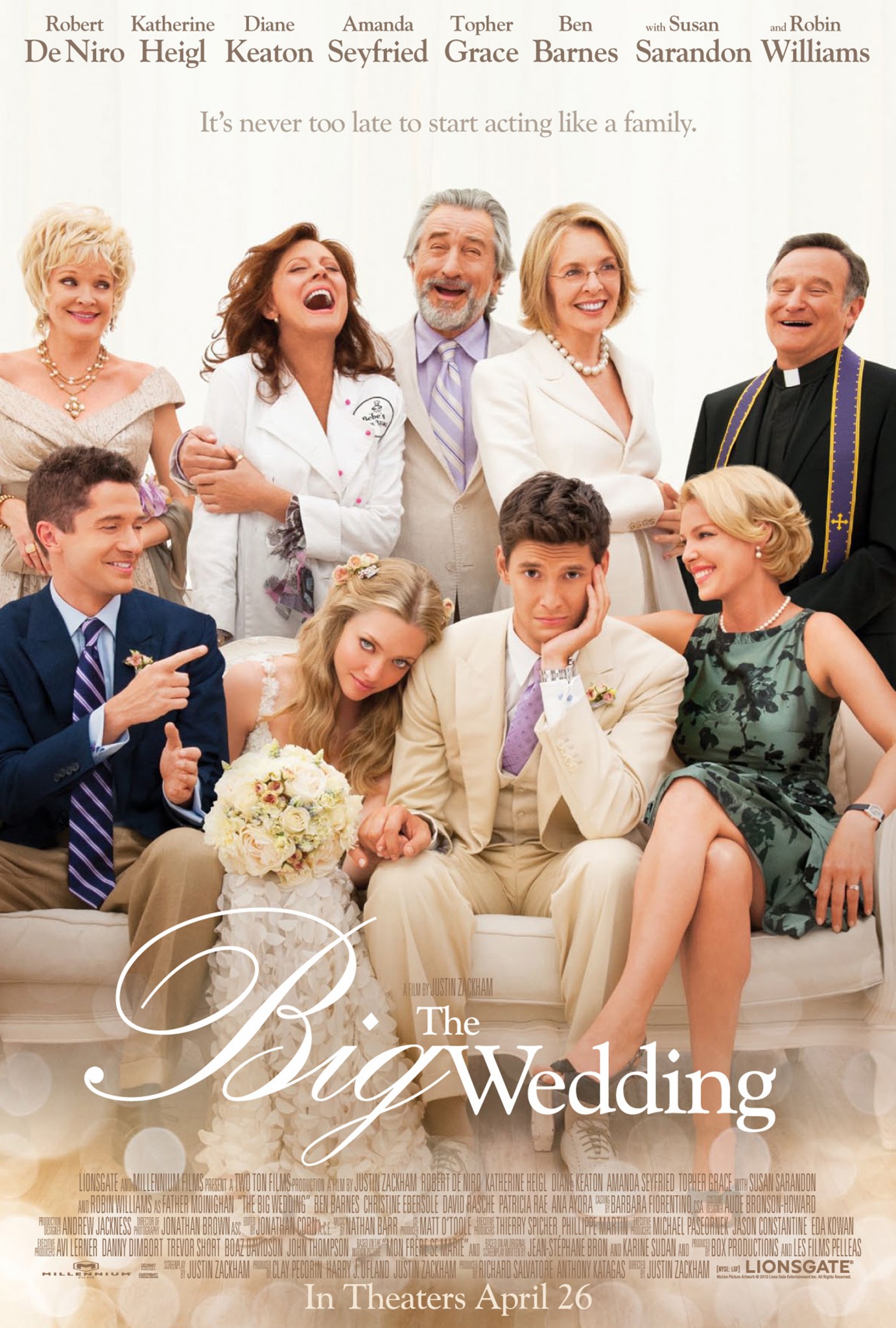 Where the main cast members of Fantastic Four are still fairly new to the scene, a movie like the The Big Wedding showcased veteran superstars like Robert De Niro, Diane Keaton, Susan Sarandon, and Robin Williams. The Big Wedding looked appealing enough based on its cast, but people immediately lost interest once it started getting abysmal reviews. Poor word of mouth continued to spread online and it ultimately flopped at the box office. How could a movie starring four Oscar-winners bomb though? Well, because it wasn’t a good movie and people demand quality. Studios may not be learning their lesson, but more and more audiences are realizing that grade-A talent doesn’t always equal grade-A entertainment. If anything, it can take a ton of talented people to make a truly awful movie.

A lot of people were intrigued by the ads for Hot Pursuit due to the pairing of Reese Witherspoon and Sofía Vergara. Both women are acclaimed comedic actresses with reliable track records. You wouldn’t know that either of these women were capable of being funny based on Hot Pursuit, however, as the film is deprived of any laughs or originality. Without competent writing, direction, or comedy, the studio relied on Witherspoon and Vergara to solely carry the film’s weight on their shoulders. The two must have been pretty confident in their ability to sell a movie as well, seeing how they also acted as producers. In the end, though, Hot Pursuit failed to find an audience and both actresses got crushed big time.

Cameron Crowe’s Aloha proved to be an even bigger star-studded letdown. With talents like Bradley Cooper, Rachel McAdams, Alec Baldwin, and Bill Murray just to name a few, this potentially sounded like one of the year’s best. The fact that Cooper’s likability helped to make American Sniper last year’s biggest domestic hit was also in the film’s favor. Alas, Aloha was universally panned by critics and audiences alike. One of the biggest criticisms regarding the film was that Emma Stone got cast as a character intended to be 1/4 Chinese and 1/4 Hawaiian. The filmmakers could have easily found an actress of Chinese and/or Hawaiian descent, but she’d be much harder to sell than Emma Stone. When Bradley Cooper and Emma Stone can’t sell a movie, star power obviously isn’t all that it’s cracked up to be. 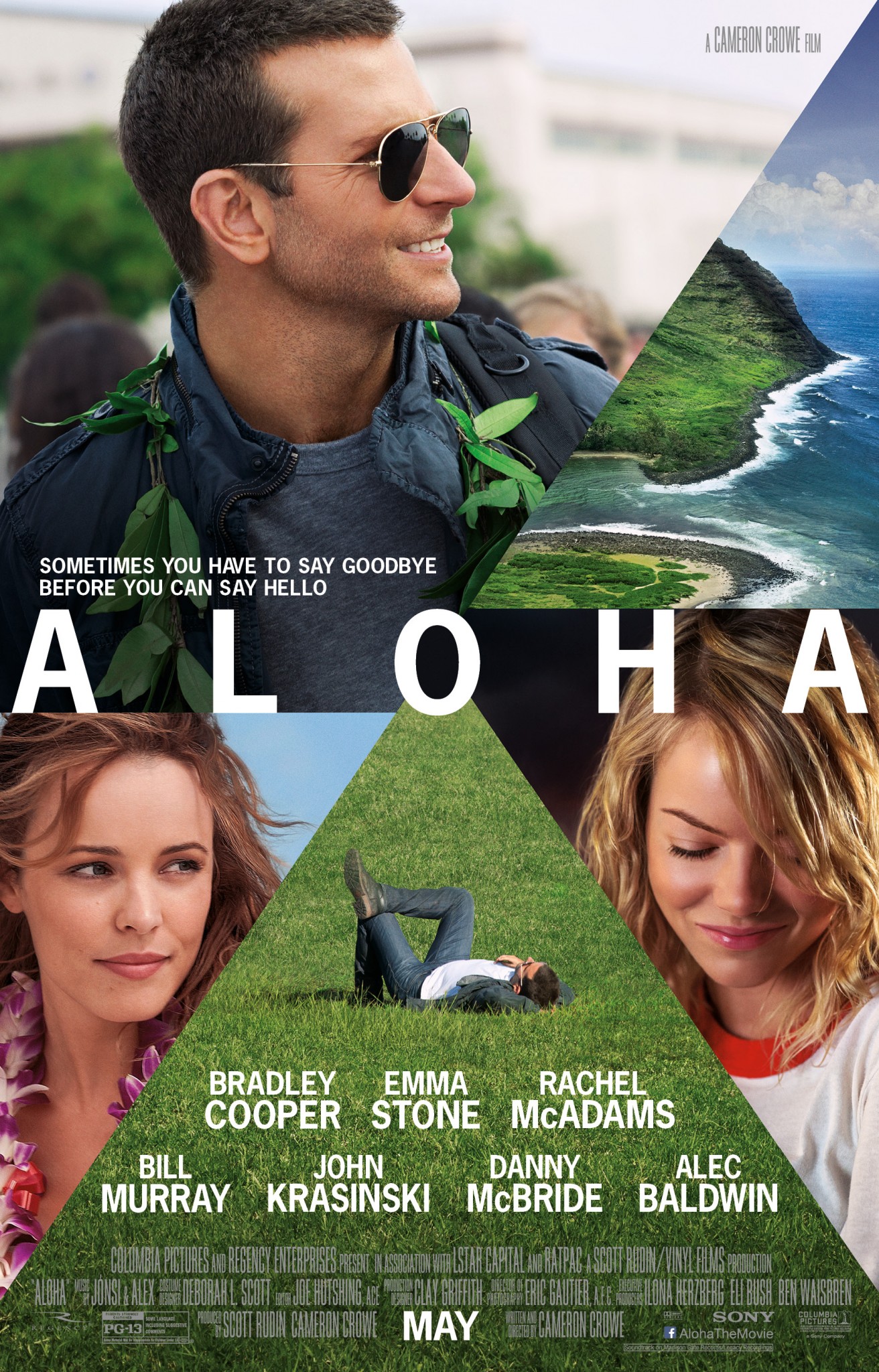 Even stars who were once considered moneymaking magnets have been slipping up as of late. After the first Pirates of the Caribbean movie, Johnny Depp was the hottest actor in Hollywood. Disney felt that Depp’s rapport with audiences would be more than enough to sell The Lone Ranger, but it ultimately ended up being one of the biggest box office losers of all time. Then just when it looked like Depp couldn’t possibly sink any lower, he made Transcendence last year and Mortdecai earlier this year. While those stinkers didn’t lose quite as much money as The Lone Ranger, they’re still clear evidence that Depp isn’t the box office draw he once was.

Whilst Adam Sandler has never been a critical darling, his fanbase still made a majority of his movies inexplicable hits. Even the most immature audiences are starting to catch on to the poor quality of Sander’s comedies, though. As a result, Jack and Jill, That’s My Boy, Blended, and most recently Pixels, were all financial disappointments. The same can be said about Vince Vaughn, who starred in yet another dud this year with Unfinished Business. At least he’s starting to redeem himself with the second season of True Detective.

What about Will Smith? Almost every movie he appeared in between Independence Day and Men in Black 3 grossed over 100 million dollars. He took a turn for the worse with After Earth in 2013, though, which Smith himself referred to as, “the most painful failure” of his career. Smith regained some modest success earlier this year with Focus, but that film was still far from one of his biggest hits. Kind of ironic that Smith turned down the lead role in Django Unchained because he felt the part wasn’t big enough. Now that his career is on the fence, though, he had no problem taking on a supporting role in Suicide Squad.

There’s a scene in Ed Wood where the title character says, “What is the one thing, if you put it in a movie, it’ll be successful? A star.” Well, Ed Wood may have gotten his earliest movies off the ground thanks to Bela Lugosi’s name value, but Glen or Glenda and Plan 9 From Outer Space weren’t exactly successes. They were crap with a star and audiences were smart enough to realize this even in the 50’s. Nowadays, it’s common knowledge that no actor exclusively stars in good movies, except maybe Daniel Day-Lewis. Even if a well-known star promotes an upcoming release like crazy, it only takes a couple of negative tweets for a movie to flop. 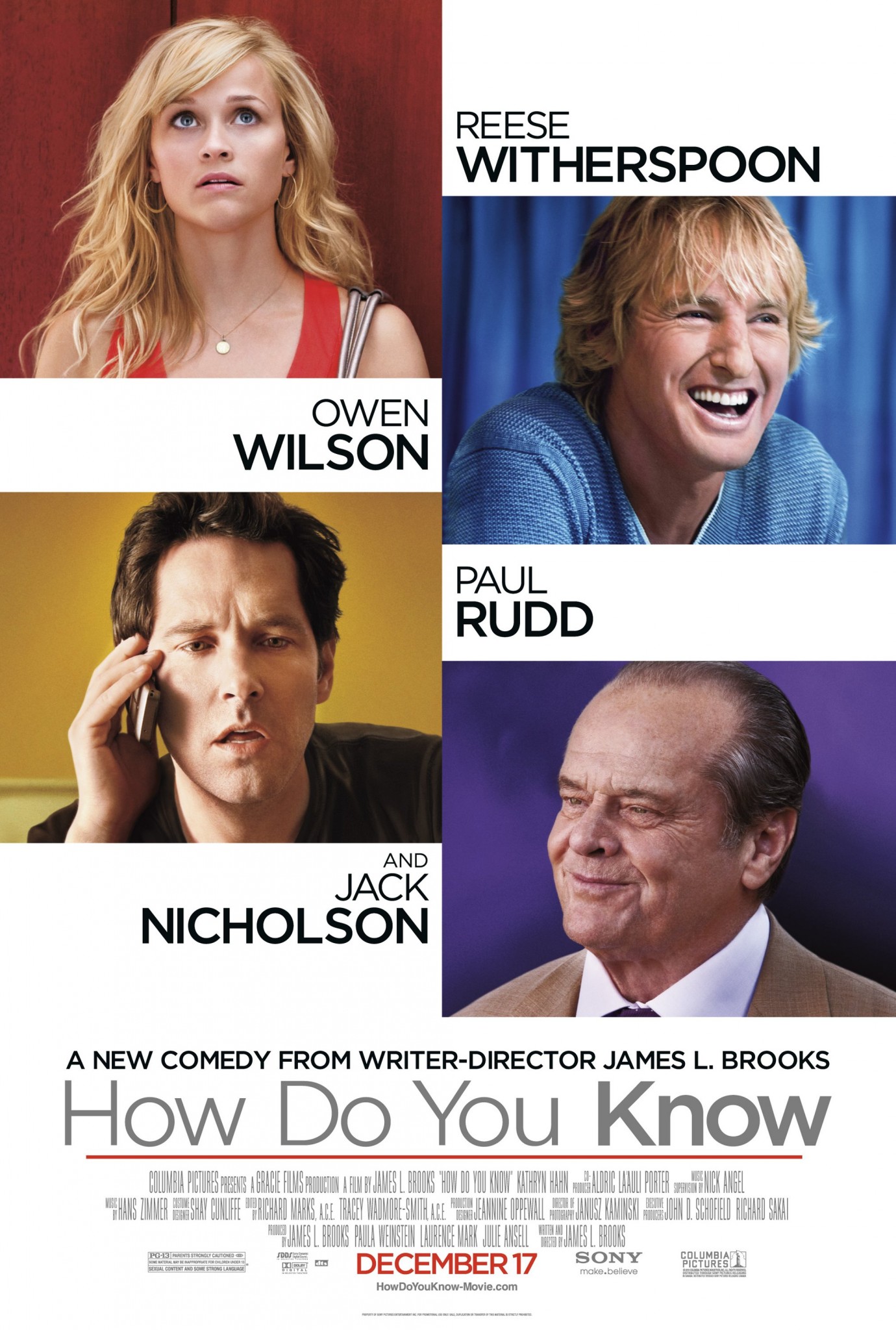 Although it’s been proved time and time again that star power alone is rarely enough to sell a movie, studios keep putting all their eggs in one basket. It doesn’t help that the salaries for these big stars takes up a good portion of the production costs. You wouldn’t think that a romantic comedy like How Do You Know would have cost 120 million to produce, but the studio had to pay for the all-star cast somehow. Reese Witherspoon and Jack Nicholson may be worth the money, but only when they’re given a strong script. With nothing going for it outside of the wasted cast, How Do You Know failed to make back even half of its budget.

Now let’s take a look at one of the biggest hits of the past couple years, Guardians of the Galaxy. The film’s advertisements didn’t really play up the cast too much. Part of that was likely because Chris Pratt wasn’t a household name yet and casting him in the lead role was something of a risk. Sure, the movie had Bradley Cooper and Vin Diesel, but they provided the voices for a racoon and tree. Most people probably weren’t even aware that they were in the movie until the credits rolled. Despite not being a star-driven blockbuster, Guardians of the Galaxy was still a monster hit. Why? Aside from having a built-in audience thanks to Marvel’s brand name, it was an awesome flick with a ton of effort put into it.

The film additionally elevated Pratt to superstar status, but Pratt alone isn’t enough to make a movie. Having him as the leading man might have given Jurassic World an extra push this summer, but he was only a small portion of why people kept going to see that blockbuster. This goes to show that one person can’t make a movie work by themselves. It’s a joint effort that requires everybody to give it their all. Studios and even some filmmakers may think that they don’t need to try as hard with Johnny Depp, Reese Witherspoon, or Emma Stone in front of the camera. When a film is only skin deep, however, it doesn’t take long for audiences to see through it. 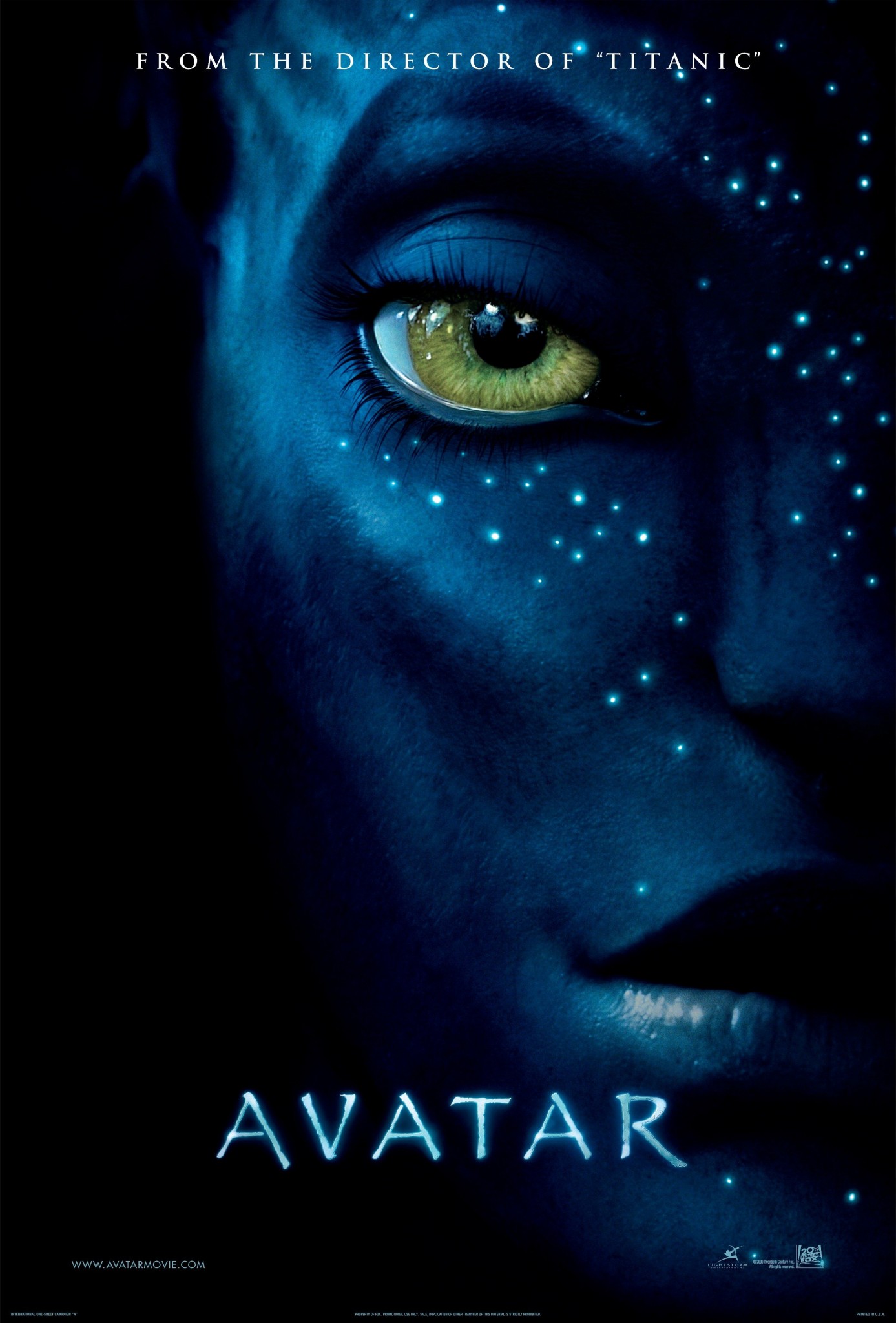 Finally, it’s worth mentioning a little movie called Avatar. The biggest name in that blockbuster was Sigourney Weaver, but she was only a supporting player. Leading man Sam Worthington, meanwhile, was virtually unknown outside of the forgettable Terminator Salvation. Zoe Saldana had more films to her credit, but she was hidden behind motion capture effects throughout the entire movie. As a matter of fact, a majority of the cast was unrecognizable. Yet, people still made Avatar a runaway hit. They didn’t care who was in it. They only cared that it was a good movie. So if the highest-grossing movie of all time didn’t require a ton of star power to succeed, surely no film truly does.