A brand new European poster for Independence Day: Resurgence has just landed – and it’s foreboding, to say the least. Playing on the fact that two decades has not only passed between the new film’s release and original’s back in 1996, but also in the world of the film itself, we’re told that ‘we had twenty years to prepare… so they did they.’ Chilling stuff. Here’s the new poster below: 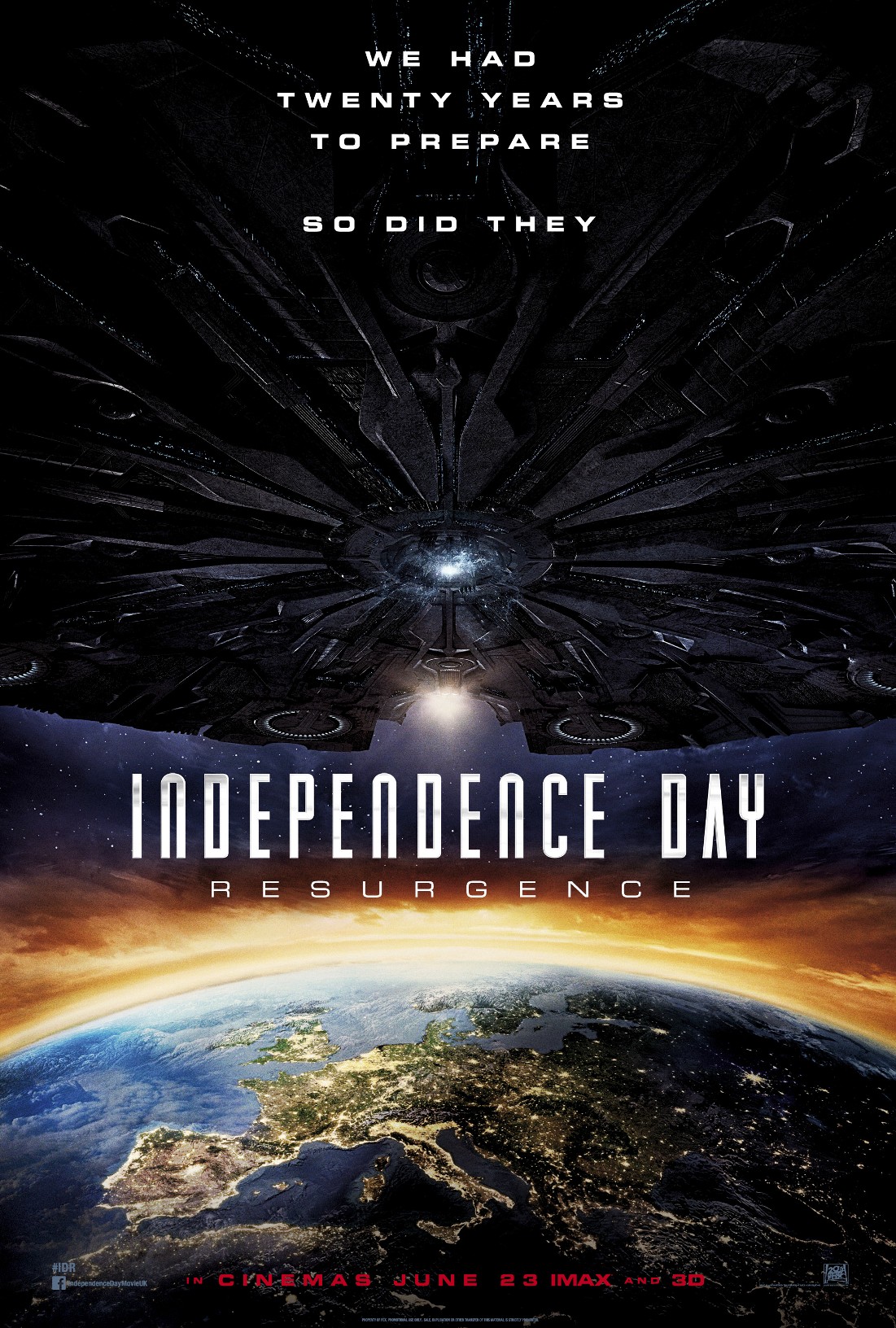 Although we don’t get to see any of the characters (new or returning) close up, what the marketing for this movie is certainly doing is making a point just how much bigger in every way the sequel will be – and even Jeff Goldblum might not be able to save us this time.