Flickreel recently had the opportunity to take part in a roundtable interview with character animator Darrin Butters (no relation to the South Park character). Butters has been part of the Disney family for 20 years. He got his bring break in 1996, working as an assistant on the studio’s first CG animated feature, Dinosaur. Since then, he’s played a role in Bolt, Tangled, Wreck-It Ralph, Paperman, Frozen, Big Hero 6, Zootopia, and of course Moana. 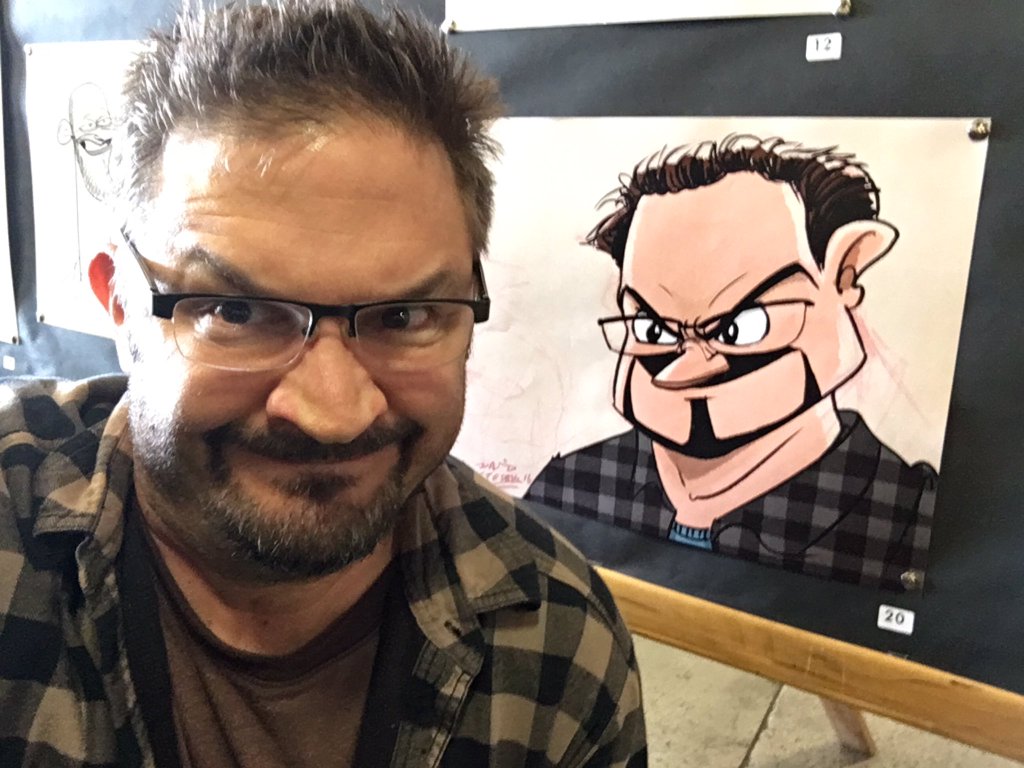 Q: Compared to Big Hero 6 and Zootopia, how much of a tech leap was there for Moana?

A: I think when you watch this movie you’ll see that it is a visual effects smorgasbord. Our tech guys really had their work cut out for them. Between the ocean, which I can’t imagine anything harder to animate than water – let alone water that is a character, we had wind, we had a rocking boat in a simulated ocean, we had blowing hair that was wet or dry, we had skin that was sometimes wet with tattoos moving on them, the beautiful sunsets, and the sky. The detail, it crushes me every time I watch the hi-res images.

Q: You worked on Maui, correct?

A: I did a lot of Maui shots. I think most of the animation I did in this movie was with Maui. That was a blast. He’s such a character, just a rascal. I got to do a sequence, kind of a physical bit, where he’s like, “You know what? I’m out of here!” Then he jumps off the boat and the ocean pulls him back, throws him back on the boat, and then spits in his face. That was so much fun to do. It was funny because I did a shot in Tangled where Flynn goes, “Oh come on!” And in this sequence, he gets thrown on the boat and goes, “Come on!” So I think I’m gonna get every “Oh come on” shot.

Q: Did you work a lot with Eric Goldberg, who did a lot of the animation for Maui’s tattoos?

A: Yeah, and we really work with those hand-drawn craftsmen every step of the way, from character design to animation tests.

Q: Moana is almost entirely CG animated with exception to Maui’s tattoos. How did you blend different animation styles so seamlessly?

A: We did a lot of tests. We did a lot of tests to make sure that that seamlessness happened. That tattoos are very cartoony and so that kind of helped make our characters more stylized in their performances and design. We don’t want to make anything realistic. We want to make it believable. So there are a lot of tests that happen. Do the tattoos on Maui look good with Maui in the environment that he’s in? That kind of research and testing really pays off in the end so you’re not sitting there thinking, “Err, that character doesn’t fit in that environment.”

Q: What came first, the hand-drawn animation or the CG animation?

A: The hand-drawn animation is the very first step. We definitely get designs from graphic artists. We want these to be characters. We don’t want them to be manikins. We want them to have an appealing look to them and get all the expression we used to get in the hand-drawn, traditional animation days. We have artists push all those expressions. Then when we model a character and rig it for facial expressions and body motion, we try to achieve all those dynamic graphic elements from the drawings. There’s very much a back and forth. We’ll do tests and they’ll be like, “no, no, the shoulder doesn’t do that.” We’re very collaborative with our artists. I’m not saying I’m not an artist, but you know.

Q: How much research went into the project before the filmmakers settled on the final look?

A: I would say that when Ron and John were talking about doing this movie, Lassetter made them go to the Pacific Islands. Made them. They just were so inspired with that trip that they were like, “the movie we were going to make, I don’t think we need to make that.” But it inspired them to make a whole different story, I think. Talking to the people there and listening to their stories, and their input, and their perspective of the ocean, and that culture just fundamentally changed them as filmmakers. They developed such a relationship with what we called the Oceanic Story Trust – anthropologists, fishermen, elders, dancers in that area. Whenever we would come up with a version of the story or designs, they would get feedback and blessings from this trust. It definitely shaped they way we told this story.

Q: What was your major takeaway from working with Ron and John?

A: Their interaction together is like an old married couple where they will talk over each other and then agree at the end. They will fight and then come away with some kind of consensus. It was an incredible process to watch. They are so good at making sure that this is about the story and how this fits into the ark of the story. I don’t know how they do it, but the way they keep track of the story and throw in bits that make it so entertaining along the way, is a powerhouse.

A: Oh, the man’s eyebrows of course! And that smile. He’s just so full of charm. At D23, Ron and John were like, “we needed somebody who was really…” And then in the back he was going, “handsome.” The crowd just went nuts. He knows he’s a handsome man, but he is so humble too. He is one of the most grateful, humble men who appear to be full of themselves. He brought so much to this character with the cocky attitude and the bigger than life personality. I can’t think of anyone else better to voice this character. When he started seeing animation that we were doing with his voice, I think that prodded him to make it even bigger. He was like, “oh, now I know who Maui is.” It was a treat to animate with his voice.

Q: Music plays a big role in Moana. Tell us about blending the songs with the animation.

A: The songs are usually tent poles in the story. We know that this song will go here and this song will go here. They record the lyrics before we start animating. The song is usually and probably in a demo mode at that point. The full orchestration isn’t there, but we have the beat and we have some of the musical accents. We animate that and when we see it in final it’s this incredible instrumentation that they do usually after the sequence is done.

Butters proceeded to ask us a few questions, including what we thought of the movie. If you want to know Flickreel’s thoughts, be sure to read our full review here.