Aren’t you a little short for a Stormtrooper? As part of a Star Wars charity campaign for Omaze, Mark Hamill went undercover as a Stromtrooper on Hollywood Blvd. Those who donate at least $10 have a chance to win tickets to the Force Awakens premiere in either LA or London. Not only will they get to see the movie, but also walk the red carpet and meet the Star Wars cast. This would of course include Hamill. 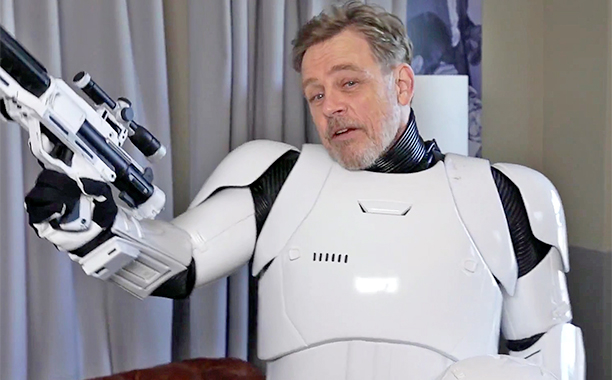 “The last time anybody saw me in a stormtrooper outfit was when we rescued the princess on the Death Star,” said Hamill.

Although Hamill has been apparently absent from the Force Awakens ads, this stunt could be an indication that Luke Skywalker’s been in front of us the entire time.