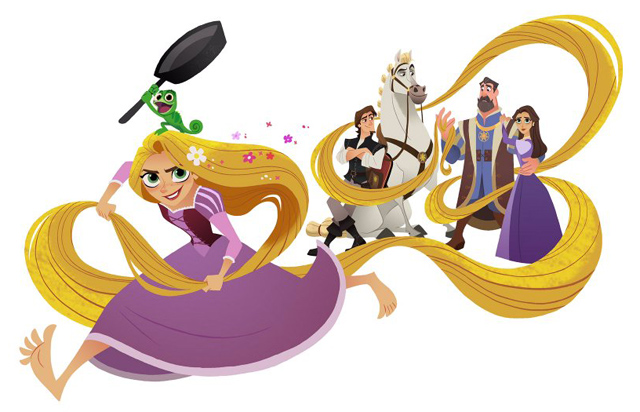 According to Disney Channel, Mandy Moore will reprise her role as Rapunzel and Zachary Levi will return as Flynn Rider. Also returning are Jeffrey Tambor as Big Nose, Paul F. Tompkins as Shorty, and M.C. Gainey as the Captain of the Guards. The cast will additionally include Ashley Judd as Rapunzel’s mother, Eden Espinosa as Rapunzel’s handmaiden, Jeff Ross as Hook Foot, and Richard Kind as Uncle Monty.

Premiering in 2017, Tangled: Before Ever After will be developed by Chris Sonnenburg of Enchanted and Shane Prigmore of The LEGO Movie. Like the film its based on, the series is sure to offer plenty of humor, heart, and hair. In related news, Disney also recently announced an animated series based on Big Hero 6. Now if we could just get a Wreck-It Ralph cartoon, we’d be set.