A reported set leak has revealed that General Leia and Supreme Leader Snoke will go face-to-face in Star Wars: The Last Jedi.

The leak comes from the Nerdist who claim they’ve heard details of an alleged meeting between Leia and Snoke:

“General Leia gets captured and brought before Snoke and they have a shouting match.”

Apparently Leia gets captured by The First Order and is taken to Snoke in the first act of the film. Carrie Fisher sadly passed away last year but did complete all her scenes for The Last Jedi. 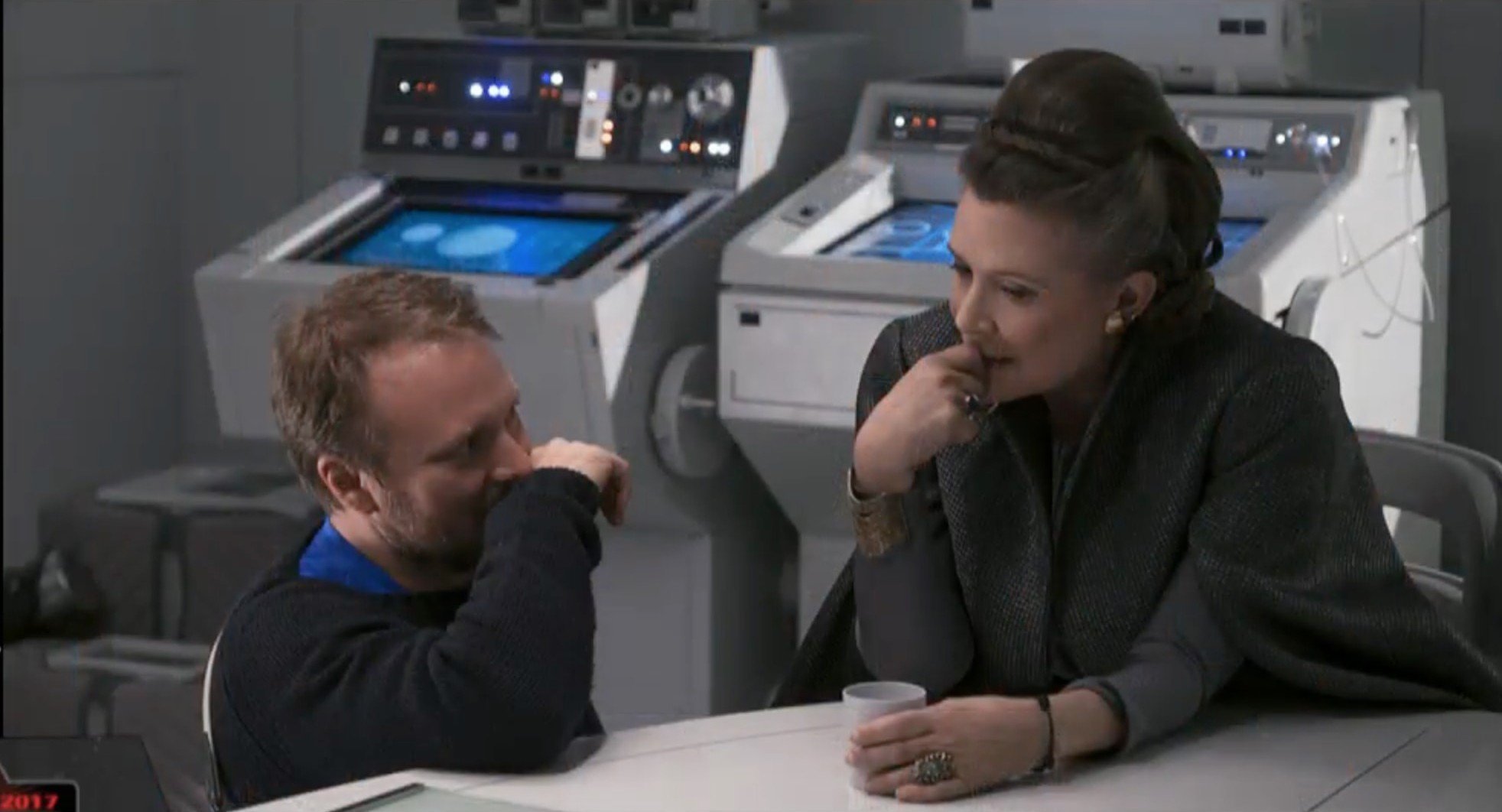 Fisher as Leia with director Rian Johnson on set of Episode 8.

Another recent set leak questioned Snoke’s identity, claiming that his name is in fact an acronym:

“‘A Sith No One Knew Existed’, which equals out to Snoke.” according to an insider.

Well we can find out the facts when Star Wars Episode VIII: The Last Jedi hits theaters on December 15th.