We already know that Will Arnett is back to voice Batman with Michael Cera installed as Robin and Zach Galifianakis making a deal to play The Joker for The Lego Batman Movie. Well now we also know who will take on the role of voicing Batgirl as THR reports that Rosario Dawson has signed herself up. 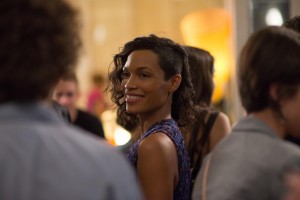 Dawson who stars in Netflix series Daredevil, will play the traditional Batgirl, Barbara Gordon (daughter of police commissioner James) who dons her alter ego to fight the bad guys alongside the other caped crusaders.

Co-director and editor of the original Lego Movie, Chris McKay, has taken over the big chair for this one with the film set for a February 10, 2017 release.