A new Justice League leak suggests that Hal Jordon aka. Green Lantern will appear in the upcoming DC film. The movie’s soundtrack list was posted on IMDb, before it was quickly removed, but thankfully fans screen-grabbed it in time. Among the tracks is one called “Unite The Seven” by Imagine Dragons: 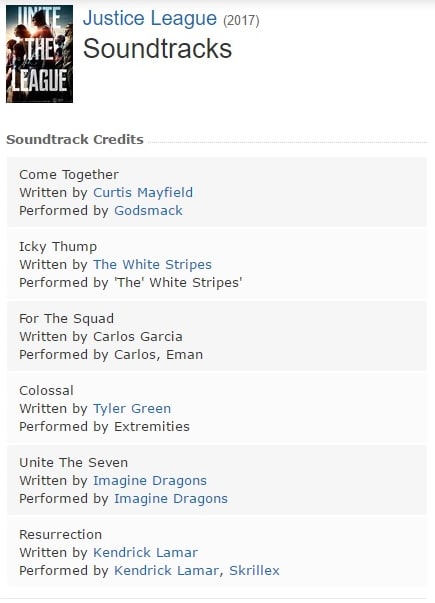 “Unite The Seven” was in fact a tagline DC used with early promotion for the film, before changing it to “Unite The League”. But now with the former phrase returning in the soundtrack list, this surely confirms that there will be seven members of the Justice League team. The six confirmed so far are Batman, Flash, Cyborg, Wonder Woman, Superman and Aquaman. The seventh member remains a mystery but all fingers point towards Green Lantern.

In the comics, Green Lantern is part of the Justice League and recently The Wrap reported that “a member of the Green Lantern Corps will be seen in Justice League in a key sequence.” But who will be the actor to replace Ryan Reynolds in the role? Well The Social Network star Armie Hammer is the favorite, having fueled rumors on Twitter:

And there’s even concept art of him in costume:

If he is cast as the inter-galactic police officer, he’ll also star in Green Lantern Corps, scheduled for July 2020. Justice League arrives first on November 17.