Ever since it’s been revealed that Jena Malone would be in Batman v Superman: Dawn of Justice, her role has been kept hush-hush. Since the film already packs in so many other players, Malone’s character was cut from the final product. Malone will appear in the film’s R-rated Ultimate Edition on home release, however.

As for who Malone’s character is, Warner Bros. has seemingly let the bat of the bag. A community survey asking fans to select who they’d like to see featured in advertising was recently posted on Reddit (via CBR). The survey reveals that the Huger Games actress plays Barbara Gordon. Take a look at the image below: 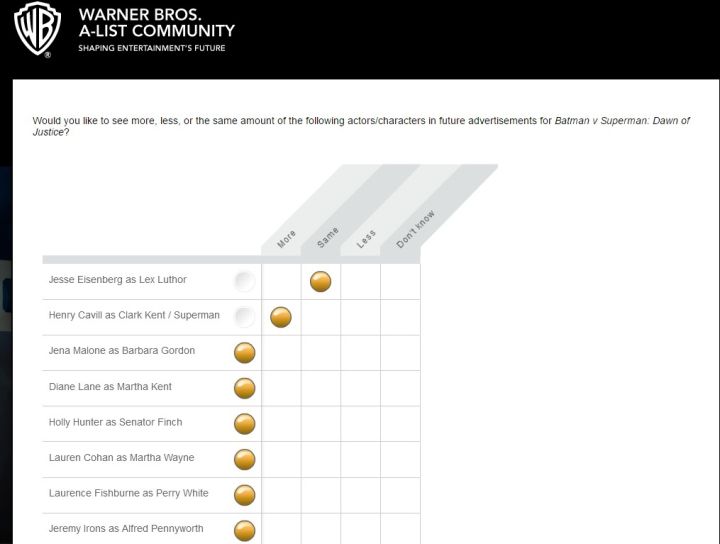 Although Barbara Gordon is best known for becoming Batgirl in the comics, the survey doesn’t mention her alter ego. Perhaps this shouldn’t come as a surprise since director Zack Snyder has insisted that Malone’s “definitely not Robin or Batgirl.” Could she still be the tech-savvy Oracle, though? Perhaps we’ll have to wait until the standalone Batman film to find out.

Until then, Batman v Superman: Dawn of Justice hits theaters on March 25.