It’s fair to say that Jared Leto’s performance as the Joker in last year’s Suicide Squad did not go down particularly well with fans and critics alike. However, the Fight Club star has received his first major award nomination and has responded in true Joker style.

The MTV Movie Awards have nominated Leto as Best Villain, it’s the Oscar winning actor’s first major accolade for the DC film, unless you include his nomination for Worst Supporting Actor at the Razzies! 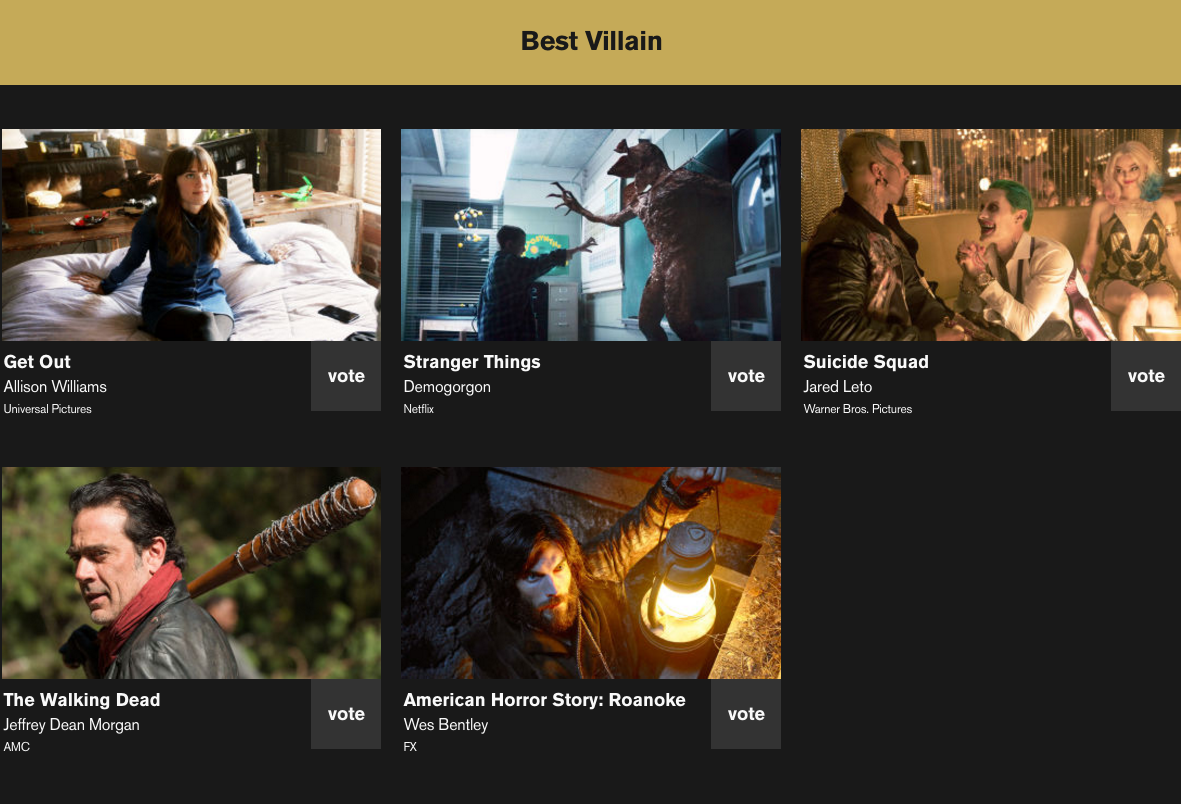 This comes after many slated his performance and were disappointed with his lack of screen-time which differed from the trailer. However, he’ll be happy to finally receive some positive recognition for his role. And he even took to Twitter to respond to the news, posting as his character:

"Oh, the fire of my loins. The itch in my crotch. The one, the only, the infamous MTV Movie Awards – Thank you!!! – Joker ?" #VoteJoker? https://t.co/yuil1LSDiB

The MTV Movie Awards take place on May 7th, and you can vote for the nominees here.