The first trailer for ABC’s Inhumans has broken Black Panther‘s unwanted Marvel record, becoming the most disliked Marvel video on YouTube. We recently reported that Black Panther‘s first teaser had obtained the undesired prize with over 20 thousand dislikes, but since then the first Inhumans trailer has made its debut and has already almost doubled the amount of dislikes, to take the dreaded record.

With just 8 million views and over 37 thousand dislikes, it’s fair to say that the first trailer for Marvel’s Inhumans has not gone down well with fans. See the full top 5 most disliked Marvel videos on YouTube below: 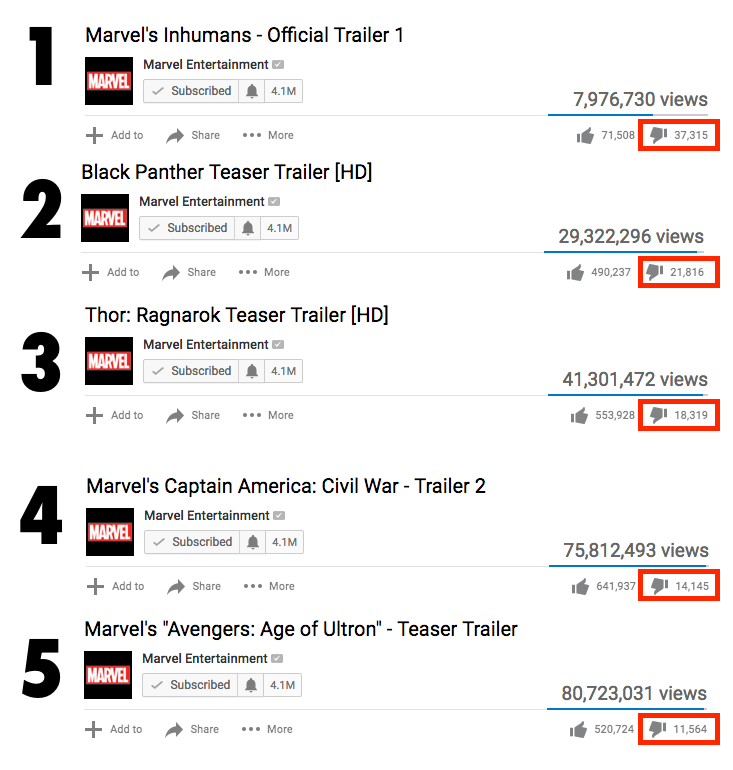 The synopsis for the TV series reads:

After the Royal Family of Inhumans is splintered by a military coup, they barely escape to Hawaii where their surprising interactions with the lush world and humanity around them may prove to not only save them, but Earth itself.

Inhumans hits IMAX theatres on September 1st, before airing on ABC on September 29th. See its record-breaking trailer below: