Rumour has it that Harry Styles will play Mick Jagger in a new film about The Rolling Stones.

The One Direction star will reportedly portray The Rolling Stones icon in a biopic that will follow the band in France while they recorded their 1972 double album, Exile on Main St. 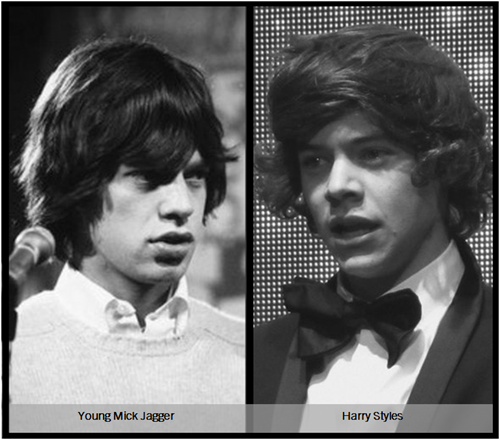 There certainly is a resemblance..

The Daily Star reports that Harry got noticed while filming Christopher Nolan’s upcoming film Dunkirk, with his comparison to looks with Mick Jagger, being discussed.

“He’s about 10 years too young but make-up and special effects can sort that out,” a source told the Daily Star.

Recently, we got our first look at Styles in Dunkirk:

The film would certainly be an interesting watch as The Stones notoriously recorded Exile under the influence of heavy drugs and alcohol. If the rumours are true, then Harry better start growing his hair back!