Often when compiling our five films you don’t want to miss each month, to come up with a number that high can be a challenge, but this November, it was remarkably easy. In fact, the difficulty this time around came in whittling it down to just five films, such is the wealth of cinematic endeavours released over the next four weeks. But fear not, we managed it – and here’s what made the cut…

A title you won’t forget in a hurry, and a film that will stay with you a lifetime – this beautifully romantic, heartbreaking film depicts the romantic encounter between famed Hollywood movie star Gloria Grahame and a much younger, working class lad from Liverpool, Pete Turner, played here with a stunning conviction by Annette Bening and Jamie Bell. There are so many reasons to go and see this wondrous piece of cinema, but few more enticing than the fact Julie Walters is in it. A surefire sign that things are going to be okay. 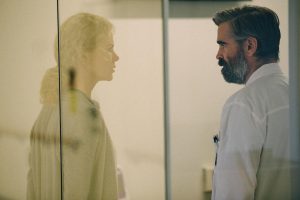 The Killing of a Sacred Deer

After The Lobster, we all wanted to know what Greek director Yorgos Lanthimos would possibly concoct next – and somehow, he’s crafted a film even odder, darker and indelible than his last – as The Killing of a Sacred Deer is so disturbing in parts it does make you wonder if the auteur is getting much sleep at night. He teams up yet again with Colin Farrell who is joined by Nicole Kidman, though the star here is Irish actor Barry Keoghan, who turns in a harrowing display fitting of the feature it sits within. You really don’t want to miss this one, just maybe think twice about taking your parents, or kids, to see it with you. 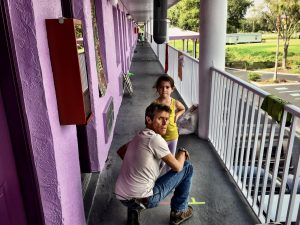 Talking of filmmakers who keep pushing boundaries, Sean Baker, who shot his last film Tangerine on an iPhone, is back using a proper camera now, and the results are simply breathtaking. His latest follows a precocious six year old and her close friends, using their childlike perspective to enter into a complex, unconventional set-up. The setting of the film may be in the shadows of Disney World, but needless to say, this film doesn’t abide by the notion of ‘happy ever after’. 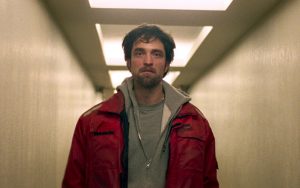 Since being propelled into the limelight with impressive turns in both the Harry Potter and Twilight franchises, Robert Pattinson keeps churning really eclectic, creative movies with really resourceful filmmakers, and Good Time is representative of this fact. It’s a chilling turn in a chilling film, mostly set over night as we watch how this one character manipulates and controls people around him, and it seems anyone who gets caught up in his web of bullshit is going to end up in a pretty bad way. You may have a Good Time with this one, but the characters most certainly do not. 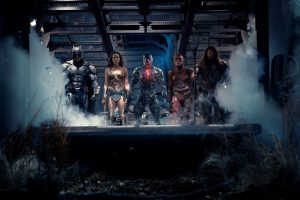 Now maybe we’re just being overly hopeful here, but we have an odd sense of confidence that maybe, just maybe, DC may be able to pull it out of the bag. Batman V Superman was too dour, Suicide Squad too overtly gimmicky. What we need is a middle ground, and here’s hoping that with their latest production, they’ve learnt from their mistakes, and will instead strive be much more like Wonder Woman. She of course features in this film, as does Batman, Superman, The Flash, Aqauman and many others – so at the very least, even if it’s not very good, seeing them all on screen together should be just enough to make this worthwhile.